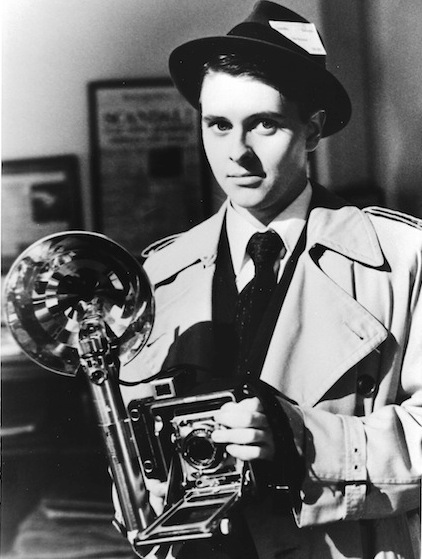 
In 1987, University of British Columbia film pioneer Larry Kent returned to Vancouver to make his 10th feature. An action-comedy, it demonstrated that, in a career full of crisis and change, he'd managed no apparent artistic growth.

Thursday, Sept. 10, 1987.
HIGH STAKES. Written by Bryan McCann and John Sheppard. Music by Paul Zaza. Directed by Larry L. Kent. Running time: 80 minutes. B.C. Classifier’s warning: occasional violence and coarse language. Mature entertainment.
“WHATEVER HAPPENED TO Larry Kent?" I hear you say.
“Not much," is the answer.
In 1963, he broke into the film business with a student-made movie. The Bitter Ash, Kent's directorial debut, was a product of the University of B.C.’s undergraduate community.
A generation later, he’s still making movies that look like student films. High Stakes, opening here today, has the amateur-hour look of a community-access cable production.
A veteran Canadian film-maker, Kent is a subject worth some study. Here we have a man who, in a career full of crisis and change, has managed no apparent artistic growth.
His early films, including Sweet Substitute (1964), When Tomorrow Dies (1965) and High (1967), were all dramas of excess and alienation. Made before Canada's federal government began "fostering” a domestic film industry, their very existence excited interest and controversy.
Montreal-based since 1966, Kent directed his first comedy, Keep It In The Family, in 1973. No hit, its few potentially good ideas were ruined by leaden direction.
High Stakes, shot in Vancouver in 1985, has the same problem. There are moments when its action-comedy plot line hints of humour.
Its hero is Bo Baker (David Foley), an inept TV news go-fer who dreams of being a Bogart-like investigative reporter. When his boss, blustering anchorman Eric Roberts (B.C. news legend Jack Webster in his first feature-film role), is kidnapped, Bo becomes involved with mobster's moll Terri Carson (Roberta Weiss) in a search for lost Nazi treasure.
Bo is a lad given to daydreaming and, in a series of black-and-white fantasy sequences set in counterpoint to the main plot, he imagines himself in a Bogart-Bacall relationship with the beauteous Terri. The device suggests a smart sophisticated tone that is belied by the Bryan McCann-John Sheppard script.
Theirs is a screenplay more inclined to belabour the obvious and go for the gross. What they really like are urination gags.
Among the film's villains is a mobster named Valenta (Alex Diakun), whose principal gunsel is Hop Sing (Ian Belcher), a sightless Chinese with his own seeing-eye thug (Gordon White). When they visit their nutsy Nazi associate, Helmie von Reich (Christopher Rosati), the German's butler tastefully introduces them as "a blind oriental gentleman and a greasy little wop."
Kent directs this undergraduate nonsense with unsubtle broadness. The usually reliable Winston Reckert, here cast as a Teutonic hitman, manages a few sinister moments but Jackson Davies is merely over-the-top as Bo's unloving, unloveable uncle.
High Stakes squanders a great deal of local talent to produce another example of low comedy.

AFTERWORD: David Spanner is much kinder to Larry Kent. In his 2003 book, Dreaming in the Rain: How Vancouver Became Hollywood North by Northwest (Arsenal Pulp Press), Spanner takes the long view and identifies Kent as the founding father of the city's independent film movement. Historically speaking, he's absolutely right. Unfortunately, being first is not the same as being best. In a future edition of Reeling Back, we'll recall the censorship controversy that erupted over Kent's 1967 feature High in Toronto, and my review of his 1973 release Keep It in the Family.