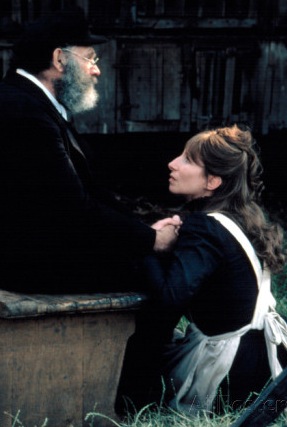 Papa, Can You Hear Me?


A woman's fight is never won. Or so it must have seemed to listeners tuned into CBC Radio's The Current last Friday (April 17). In an interview with Brooklyn-born writer Elana Sztokman, program host Piya Chattopadhyay discussed a September 2014 incident that delayed the departure of an El Al Israel Airlines flight from New York to Tel Aviv for some 20 minutes. An ultra-Orthodox Jewish male refused his seat assignment next to her because she was a woman. It's an issue that is on the increase for the airline, as Sztokman, author of The War on Women in Israel: How Religious Radicalism is Stifling the Voice of a Nation, discovered when she went public about her experience. At the same time, in Saudi Arabia, two women were being held in detention for defying that nation's ban on females driving motor vehicles. In late December, according to an Associated Press dispatch, Loujain al-Hathloul, 25, and Maysa al-Amoudi, 33, were referred to a special court in Riyadh established to try terrorism cases. (In early February, the BBC reported that the women had been freed, speculating that their release was connected to a meeting Britain's Prince Charles had with the desert monarchy's new King Salman.) The attitudes involved in both cases would be familiar to feminist filmmaker Barbra Streisand. Born on this day (April 24) in 1942, Streisand made her directorial debut with the story of a woman who dares to be herself, 1983's Yentl.

Friday, December 9, 1983.
YENTL. Co-written by Jack Rosenthal, based on the short story Yentl, the Yeshiva Boy by Isaac Bashevis Singer. Music by Michel Legrand. Lyrics by Alan and Marilyn Bergman. Co-written, co-produced,and directed by Barbra Streisand. Running time: 133 minutes. Mature entertainment. REB MENDEL (NEHEMIAH Persoff) is trying to drum a little learning into the head of a thick-witted village lad. His daughter Yentl (Barbra Streisand) is supposed to be making dinner, but it's plain that she's paying more attention to the lesson than the supposed student.
When she can contain herself no longer, her intellectual aggressiveness shocks the poor boy. "My father says a woman who studies Talmud is a demon," he stammers in retreat.
Yentl may be intense, but she's no demon. Barbra Streisand, on the other hand, gives every indication of having been possessed, if not by a demon, then by an irresistible obsession.
In her own words: "I had just finished Funny Girl [1968], when I read a short story by Isaac Bashevis Singer: Yentl, the Yeshiva Boy.
"I was absolutely captivated and enchanted by it. I called my agent and told him I just found my next film."
Unfortunately, the Hollywood Establishment did not share her enthusiasm. Who, besides Barbra, wanted to see a movie set in turn-of-the-century Poland about a girl posing as a boy to get into a Yeshiva (an all-male school for the study of the sacred scriptures)?
They still remember George Cukor's Sylvia Scarlett, the Katharine Hepburn girl-as-boy picture that failed so spectacularly in 1936. And, when Streisand first encountered Singer's story, the cross-dressing hit Tootsie was still 14 years in the future.
Streisand persisted. Years passed. Deals ware struck and shelved, including one in which the picture was scheduled for an August to September, 1979, shoot in Grand Forks, B.C.
To realize her dream, Streisand eventually shouldered the duties of writer (in collaboration with Jack Rosenthal), producer (with Rusty Lemorande), director and star. Last year, the cameras finally turned in Eastern Europe.
The result is an unexpectedly charming romantic comedy. Yentl is an oddity, to be sure, but one that suggests that Streisand is a multi-talented heavyweight capable of producing original, mass-market entertainments.
The time and place of the story notwithstanding, her picture is essentially a bright, brash Broadway vision. Its opening is pure Fiddler on the Roof, a scene establishing the "tradition" of female exclusion from scholarly pursuits.
Its central musical conceit — Yentl's inner thoughts and feelings are expressed as songs, a series of musical soliloquies, many addressed to her late father — are a stage convention, with the daddy discussions recalling specific moments from 1964's Hello, Dolly! and Milk and Honey (1961).
Smooth and assured as a director, Streisand obviously missed little that happened on the set during her 12 previous features. She knows how to set up and play a scene for inherent comedy or drama, and has a real feeling for camera movement.
Though her own character is the standard Streisand Funny Girl, she draws finely developed performances from co-stars Mandy Patinkin, as Avigdor, the young man that Yentl loves, and Amy Irving, as Hadass, the young woman who loves "Anshel" (Yentl-as-a-boy).
Already a better director than Herbert Ross, Streisand wins her biggest career gamble with this lightweight, offbeat tale. Like its Michel Legrand music, Yentl is polished, middle-of-the-road screen fare.

Afterword: Michel Legrand's music proved to be an Oscar magnet. Yentl received five Academy Award nominations, two of them in the best original song category. Though the song, art direction and supporting actress (Amy Irving) nods went to others, Legrand was a winner for his original score. Many critics have noted the lack of any nomination for the picture's director and star, numbering it among the Academy's greatest snubs. In her 1971 book, Reel Women: Pioneers of the Cinema, movie historian Ally Acker points out that Barbra Streisand was the first woman in film history to direct, produce, co-write, star and sing in a major motion picture, a movie that went on to make a great deal of money for its distributor, MGM/UA Entertainment. Streisand, who turns 73 today, managed to make a profoundly subversive feminist feature disguised as popular entertainment. An example of an artist who really did do it her way, the Brooklyn-born performer made her Broadway debut at 19, as a supporting player in the musical I Can Get It for You Wholesale (1962). She made a big impact in her small role, earning a Tony Award nomination. The original cast album was her recording debut, and fame came quickly. Her first solo LP, 1963's The Barbra Streisand Album, went gold, winning the singer her first two Grammy Awards. Playing the title role in the1964 Broadway hit Funny Girl earned her a  second Tony nomination, and the April 10 Time Magazine cover. With her stage and vocal-recording success assured, she took on the fact that she was not a conventional Hollywood beauty with a so-what? directness, famously going nose-to-nose with an anteater while singing Look at That Face in her 1966 TV special, Color Me Barbra. When it came time to film Funny Girl, producer Ray Stark didn't dare not cast Streisand. Her 1968 movie debut earned her a best actress Oscar, an unprecedented shared win (with Katharine Hepburn, star of The Lion in Winter). Streisand's second Oscar recognized her work as a composer, a best song award for Evergreen, the love theme from 1976's A Star Is Born. With 1983's Yentl, she proved her ability to do it all. In 1986, the outspoken Hollywood liberal created the Barbra Streisand Foundation to fund activities promoting environmentalism, civil liberties, and women's rights. She went on to direct two more features — 1991's Prince of Tides and The Mirror Has Two Faces (1996) — both continuing her exploration of the theme of female self discovery. Currently, she is reported to be working on a biographical drama about Second World War combat photographer Margaret Bourke-White and her relationship with social activist author Erskine Caldwell, a movie that Streisand will direct for release in 2017.