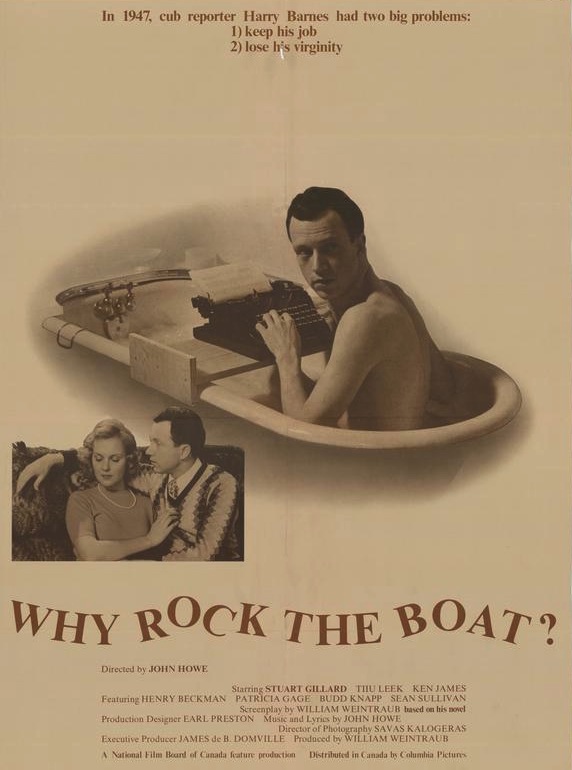 
Why Rock the Boat?, National Film Board feature filmmaker John Howe's adaptation of William Weintraub's satirical novel is a period romance that includes some sly commentary on contemporary manners and morals.

AFTERWORD: Arguably, producing fictional feature films was not something the federally-funded National Film Board was mandated to do. Founded to "interpret Canada to Canadians and other nations," it might have stuck to it's award-winning documentary ways if the private sector had risen to the challenge of creating a domestic film industry. In the 1960s, in the absence of such an industry, the Board expanded its role and produced Drylanders, the story of the Greer family and their years of homesteading in Saskatchewan. By 1974, the year that Why Rock the Boat? reached theatre screens, the NFB had become the nation's graduate film school. Today, with more than 200 fictional features to its credit, the Board can take pride in having been a major contributor to Canadian cinema.