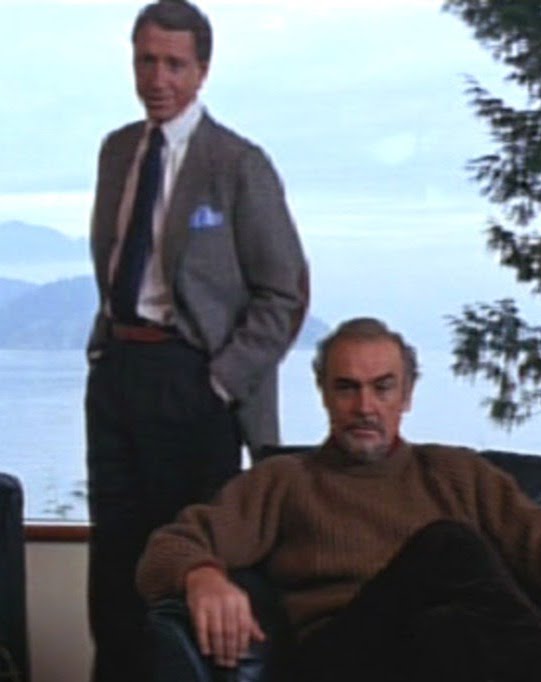 A question of loyalties


Caught in an historic transitional moment


Russophobia is back, and so is George Smiley. The former is the reaction of an aging political elite to the unexpected election of Donald Trump to the U.S presidency. Foreign interference is offered as the only possible explanation, though “Russiagate” seems more like a diversion from the real-world failings of the American imperial project. George Smiley, the British spymaster who’s struggled with Soviet threats from the darkest days of the Cold War, returned last month in a new novel, A Legacy of Spies. The creation of author John le Carré, who was born on this day (October 19) in 1931, Smiley was among the literary spooks recently celebrated by The Economist magazine’s anonymous Bagehot columnist, who boasted that Britain invented and dominates “the industry of producing fictional spies.” He (she?) tells us that the great writers of spy fiction — Somerset Maugham, Graham Greene, Ian Fleming, Frederick Forsyth and le Carré — were all intelligence community veterans. “It is as if the secret services were not so much arms of the state as creative writing schools.” And, of course, there have been screen adaptations, with Fleming’s James Bond holding the record for feature film appearances (a 27th is scheduled for release in 2019). Today, our focus is on an adaptation of le Carré, and the 1990 film in which former Bond actor Sean Connery enters director Fred Schepisi’s The Russia House.

THE RUSSIA HOUSE. Written by Tom Stoppard. Based on the 1989 novel by John le Carré. Music by Jerry Goldsmith. Directed by Fred Schepisi. Running time: 123 minutes. Rated Mature with the B.C. Classifier’s warning: some very coarse language. "ARE YOU A SPY?"
The first time he's asked the question, Bartholomew Scott "Barley" Blair (Sean Connery) has no need to lie. A Russophile, the vacationing British publisher is a guest at Peredelkino, a Soviet writers village.
Among friends and in his cups, Blair waxes eloquent on the need for men of good will to make common cause for peace. "For there to be hope," he declares, "we must all betray our countries."
At the end of the table, one man is listening more intently than the others. A quiet, presumably important personage on a "drinking holiday," he is known only as "Dante" (Klaus Maria Brandauer).
Later, in the chill of the late afternoon, he walks alone with Blair, talking of hope, betrayal, heroism and love of country.
The question is put as they stand together by the grave of Boris Pasternak.
"I am no spy," Blair declares truthfully.
The next time the question is asked, the aging idealist has no wish to lie.
Many months have passed, and Dante has acted upon his convictions, preparing a manuscript for publication in the West.
If the information it contains is true, the Russian's book has profound political implications. Aware of its importance, Blair has returned to Moscow to meet with Dante's go-between, a Soviet divorcee named Yekaterina “Katya” Borisnova (Michelle Pfeiffer).
For privacy, they've driven up to Zagorsk, Russia's "City of Churches." Standing in the bell tower of a medieval cathedral, Katya echoes Dante.
"Are you a spy?"
"No," says Blair, hating himself for having to lie . . .
For a time, it was believed that novelist John le Carré had been a spy. The author of The Spy Who Came in from the Cold (1962), he brought a realism and emotional authenticity to his fiction that won favour among the literati and thriller fans alike.
From the very beginning, le Carré loathed James Bond.
Unlike Ian Fleming's hedonistic superspy, his secret agents suffer in a "chilly hell" of Cold War intrigue. In his stories, le Carré examines "the anatomy of betrayal."
Sean Connery came to loathe James Bond. Though he made the role his own in seven feature films, the Edinburgh-born actor fought for years to break free of the character.
The Russia House, screenwriter Tom Stoppard's adaptation of le Carré’s 1989 novel, gave Connery the opportunity to return to Her Majesty's Secret Service in a defiantly non-Bond role. As "Boozy Barley" Blair, he is a reluctant recruit, dragooned into the cause by a dreadfully civilized British intelligence officer named Ned (James Fox).
The film opens with Ned and his team interrogating the poor sod about his Soviet connections. Intercepted on its way to London, Dante's manuscript is causing a major stir within the Western alliance.
Under the supervision of a driving, profane CIA heavy named Russell (Roy Scheider), Ned is mounting an operation to identify Dante.
"I'm sorry," he tells Blair, "but I'm afraid we're going to need your rather serious help."
Under Fred Schepisi's polished direction, The Russia House is a defiantly atypical espionage epic. For one thing, it was made with Soviet co-operation.
The first entirely American production allowed to film on location in Moscow and Leningrad [now St. Petersburg], the picture revels in its glasnost-inspired freedom of movement. Travelogue-like visuals abound as Blair undertakes his mission.
Almost immediately, his dedication is short-circuited by his attraction to Dante's emissary-cum-lover, the exquisitely beautiful Katya. A romantic at heart, Blair really does believe much of his own liberal rhetoric.
Remembering his promise to Dante — "If you ever manage to be a hero, I'll be a decent human being" — he searches within himself for the strength to follow his heart.
Schepisi, an Australian, is even-handed in his treatment of the professional spooks. Ned's Brits — a group that includes director Ken Russell in a rare acting appearance — and Russell's Yanks are held in equal contempt.
So, too, are the conventions of the thriller genre. Schepisi demonstrates that it is possible to maintain tension and hold our attention without fisticuffs, shootouts or high-speed chases.
A stylishly non-violent action-romance, The Russia House offers an adult take on the new world order.

Afterword: One year after The Russia House was released to theatres, the Soviet Union was no more. On December 25, 1991, the lovingly photographed Eastern European locations became part of the largest of its successor states, the Russian Federation. Not so the Northwest Pacific scenery glimpsed through the picture window of the CIA safe house where agent Russell debriefs “Barley” Blair, a vista seen in the photo accompanying the above review. The waters of Howe Sound, the forest on Gambier Island and the Vancouver Coast Mountains all remain features of the British Columbia landscape. The fact that a major American motion picture that was almost entirely shot on European locations — Moscow, London, Leningrad and Lisbon — put down briefly in Vancouver was certainly a tribute to B.C.’s emergence as an international production hub. It may also have had something to do with director Fred Schepisi’s own comfort working in the neighbourhood where he’d shot his 1984 sci-fi thriller Iceman, and 1987’s Roxanne, actor-writer Steve Martin’s modern-dress adaptation of the classic romance Cyrano De Bergerac.