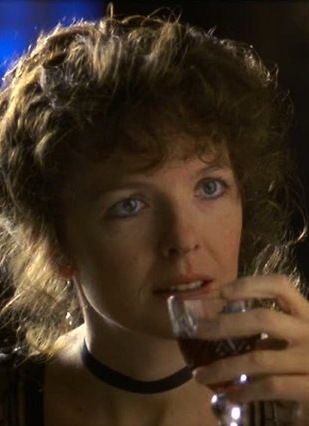 a toast to the dead


Are we at war yet? As I write these words [March 5, 2014], the top stories on every newscast are the events in Ukraine. In the United States, politicians of a certain age seem particularly bellicose in their demands for "action," as they embrace the apparent return of the 20th century's cold war. Without a hint of irony (or acknowledgement of the many 21st century deployments of U.S. forces), American officials deplore Russia's actions in a region where its historic connections are long and legitimate. To their shame, the mainstream media are reporting the story with little or no context, failing to challenge a narrative as dangerous as it is dodgy. Alternative news sources offer evidence that the coup that sent Ukraine's elected president into exile was orchestrated by the U.S. — there are precedents for such incidents of "regime change" — but such voices do not enjoy the market penetration of a CNN. Journalism is not having a good century, reminding us that 100 years ago the world was sliding into its first "Great War." In 1914, one bohemian journalist named John Reed, having opposed U.S. intervention in the Mexican Revolution and covered the Ludlow Massacre, was off to Europe as a war correspondent. He's remembered today for his chronicle of the Russian Revolution. His story was told (badly) in 1981's best-picture Oscar winner, Reds.


REDS. Co-written by Trevor Griffiths. Inspired by Ten Days that Shook the World, by John Reed. Music by Stephen Sondheim. Co-written and directed by Warren Beatty. Running time: 195 minutes. Mature entertainment with the B.C. Classifier's warning "some coarse language and suggestive scenes." THE MUSIC IN THE auditorium is misleading. Somebody, somewhere in the Paramount Pictures organization, has decreed that filmgoers who arrive before showtime during the Stanley Theatre's run of Reds will listen to the "1812 Overture. "
Inevitably, Tchaikovsky's heroically martial themes, composed to celebrate Russia's victory over Napoleon at Borodino, suggest War and Peace. What we're given is Warren Beatty.
Actress Shirley MacLaine 's younger brother, Beatty, 44, is having trouble getting his act together. A precocious kid, he's been hanging around Hollywood, a place where he gets a great deal of attention.
Reds, Beatty's latest "hey-look-at-me'" movie, goes right off the deep end. A tedious, self-indulgent biography of First World War radical John Reed, it will probably become an important picture, not because it's any good, but because of its auspiciously timed release.        America, the editorial writers tell us, is swinging to the right. America's critical elite would rather that were not so, of course, and are likely to praise the hell out of Beatty's overlong nyah-nyah because it has the "courage" to lionize one of the founders of the U.S. Communist Party, a man who became a hero of the Bolshevik Revolution, and whose body lies among the honoured dead within the Kremlin.
John Reed (Beatty), a Portland-born playboy and Harvard man, hangs out with the Greenwich Village smart set, circa 1913. Among his cronies are a struggling playwright named Eugene O'Neill (Jack Nicholson), and battling anarchist Emma Goldman (Maureen Stapleton).
During a visit to his hometown, Reed is interviewed by Louise Bryant Trullinger (Diane Keaton), a dentist's wife desperately searching for her own identity. She is fascinated by him, and he is attracted to her.
Following a dinner party, the couple walk through a park. Louise, not being one to mince words, spreads her coat on the grass, drops to her knees and says "I'd like to see you with your pants off, Mr. Reed."
Did I mention that Beatty, co-author of 1975's Shampoo, co-wrote Reds with British playwright Trevor Griffiths? Since Beatty also directed the thing, it's probably fair to describe him as the picture's auteur.
As an auteur, Beatty owes a huge debt to Canada's National Film Board. More esteemed among Hollywood professionals than the general public in Canada, NFB techniques are recalled throughout Reds.
Visually, cinematographer Vittorio Storaro's images resemble those of Board veteran Michel Brault, with many moments suggesting the iridescence of Brault's work on Claude Jutra's feature Mon Oncle Antoine (1971). The clever visual and aural elisions devised by editors Dede Allen and Craig McKay reminded me of Arthur Lipsett's inventive forays into the Board's stock-footage library.
In broad outline, Reed's life was not unlike that of Dr. Norman Bethune. Both men were social revolutionaries who put their lives on the line in support of the communist cause. Thematically, Beatty is working with material that recalls Donald Brittain's Bethune (1964).
Beatty's approach is Board-like docudrama. His film opens with the voice of an old man wondering "was it 1913 or 1917?''
The film-maker has assembled 32 "witnesses''  — among them are Henry Miller, Will Durant, Rebecca West, Adela Rogers St. Johns and George Jessel — who offer their recollections of the period and its people. Their ''testimony'' provides the bridges between stretches of narrative, and offers commentary upon it.
Interesting as a tribute to the NFB, Reds lacks something that Board films seldom do, and that's brevity. Three and a half hours is not a comfortable length for a film without strong narrative drive.
By developing the Reed story as a series of vignettes, Beatty dilutes its momentum, relying instead upon our interest in its characters and their personal development. The problem is that he's failed to follow through with anything that is particularly involving.
His script offers sitcom-level comedy in place of social interaction. The acting, with one exception, is unremarkable.
Only Keaton's Louise comes to life. Unafraid to play the bitch, she shows us a young woman who progresses from self-centredness to self-awareness, and provides the picture with its single point of interest.
Nicholson plays O'Neill as if be were doing an impression of Bruce Dern. Beatty turns on his "'boyish charm''  — he's as ingratiating as a waiter in a Keg restaurant — and damned if it doesn't look like yet another variation on Dern.
Filmgoers curious about either John Reed or the Russian Revolution will find that their best source is Reed's own book, Ten Days that Shook the World (1919). Reds is strictly for folk interested in what Warren Beatty has been up to lately.

Afterword: The very definition of a Hollywood liberal, Warren Beatty won the hearts of Academy members with his Brobdingnagian tale of love in a time of revolution. They showered a dozen nominations on his picture, proving that, when stealing ideas, it pays to steal from the best (in Beatty's case, Canada's NFB). Reds won four Oscars, including the best-director prize for Beatty himself. Despite all the self-congratulations, though, Reds remains a story of failure. Reed and his fellow activists embraced Marxist ideology as the best hope for social justice in a world ruled by elites interested only in personal enrichment. The Soviet Union's descent into communist totalitarianism was not what they expected, nor was the unrelenting hatred of American right-wingers. The ideas that Reed (and perhaps Beatty) held dear ran counter to everything that the newly-elected U.S. President Ronald Reagan represented. The fact that we are where we are today — are we at war yet? — has everything to do with the fact that America's self-described "conservatives" mounted a total war on the legitimacy of liberal thought, labour unions and social democracy (a war described in the current Harper's Magazine cover story, Nothing Left: The Long, Slow Surrender of American Liberals). Beatty's film remains as obituary, not just for Reed-like commitment to progressive thought, but to any real social engagement in Hollywood cinema.