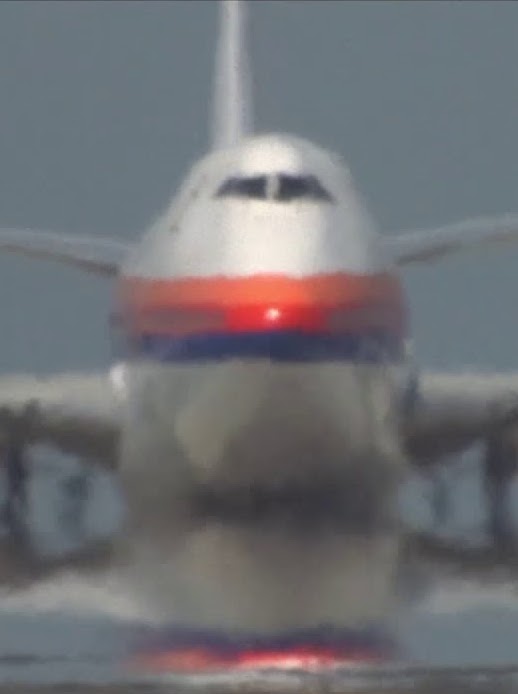 The landing of a 747 photographed through a heat shimmer in foreshortened slow motion is among the memorable visual gimmicks in director Godfrey Reggio’s 1982 documentary feature Koyaanisqatsi.


The truth shall make you queasy


A man with a strong sense of mission, experimental filmmaker Godfrey Reggio spent his early years in a Catholic monastic order. Born on this day (March 29) in 1940, he made his directorial debut with the angry, environmentally visionary 1982 documentary feature Koyaanisqatsi.

KOYAANISQUATSI. Music by Philip Glass. Conceived, produced and directed by Godfrey Reggio. Running time: 87 minutes. Rated General entertainment.
THERE MUST BE SOMETHING wrong with my bio-rhythms. According to filmmaker Godfrey Reggio, his movie Koyaanisquatsi “induces meditation . . . many people go into Alpha state while watching it, have a drugless high."
Golly gosh! All I got was a headache, some queasiness and occasional vertigo. Like poorly aligned 3-D, Reggio’s eccentric, non-narrative experimental feature seemed more like a cinematic health hazard.
Well, says Reggio in his picture’s press notes, "it was designed to be an experience, not just a conceptual exercise." Koyaanisqatsi — pronounced coy-ann-nis-SCAAT-see by a droning bass throughout the film — is said to be from the Hopi language and means “1. crazy life; 2. life in turmoil; 3. life disintegrating; 4. life out of balance; 5. state of life that calls for another way of living."
Technology and urbanization are a sham and delusion, the film’s visuals argue. His picture approves of wide open, unspoiled, unpopulated spaces, though. Monument Valley is okay.
It disapproves of machines, cities and motor vehicles. Reggio uses a variety of cinematographic tricks to make those things downright painful to look at.
A 747 airliner is photographed through a heat shimmer in foreshortened slow motion so that it seems to take forever to land. That starts a throbbing in back of my eyeballs.
A glass-walled office tower tapers into the sky with time-lapse photography accelerating the motion of the clouds. Vertigo, anyone?
Waves of cars and crowds of people seen from above move at unnatural speeds. Now my stomach is upset.
In his 1980 book What is Art?, the New York Times art critic John Canaday asks "is there a work of art or assemblage of works of art that represents us at our best, as the Parthenon represents ancient Greece, the cathedrals the medieval world?"
Canaday’s answer is to "propose that the spectacle of New York City from the air at night is that composite work of art.” Reggio, of course, takes another point of view.
Man’s works, his film says, besmirch Mother Earth, and the filmmaker uses all of his art to show us how. A collection of gimmick effects, his Koyaanisqatsi is being sold as a profound statement on modern times.
Will somebody please pass the Aspirin?

Afterword: Godfrey Reggio is right, of course. Environmental degradation — the besmirchment of Mother Earth — has become a matter of genuine concern. Corporations and their political enablers are complicit in crimes against nature. Scientists, artists, some journalists and many academics who have been attempting to raise the alarm for years were for the most part drowned out by the powerful counter-narrative of limitless growth within a consumer culture. As a result of our societal indifference in 1982, the world of 2021 is faced with a climate crisis that threatens the existence of sentient life on the planet.
Being right is different from being effective. I wasn’t kidding when I said Koyaanisqatsi gave me a headache. It was difficult to meditate upon the underlying truth of Reggio’s message when his chosen medium left me nauseated. By contrast, the bio-rhythms of the U.S. Library of Congress's National Film Registry selection committee seem to have been in tune with his work. In 2000, Koyaanisqatsi was deemed "culturally, historically or aesthetically" significant, and added to its list of films "deserving of preservation."