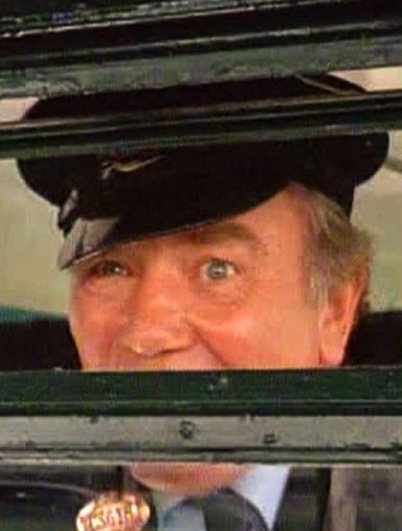 An eye for art in Dublin


Importance of the Wilde man within


Today (March 17) is Saint Patrick's Day, an occasion for the wearing of the green. It is often marked by the consumption of green-tinted beverages and the singing of songs in praise of pretty Irish girls. Which reminds me that we are midway though Women's History Month, and that the British-born Patrick shares the title of Patron Saint of Ireland with Brigit of Kildare. Worth noting, too, is that the 5th-century Catholic nun is prominent among the (many) holy figures recognized as a patron saint of brewers. Practitioners of the craft delight in the tale of the time that she provided refreshment to a colony of thirsty lepers by turning her own bathwater into a tub of beer. In terms of women's history, though, Saint Brigit is best known for negotiating with Patrick on behalf of single women who were demanding the right to propose marriage to men. Though Patrick offered to allow it once every seven years, Brigit persisted, and he finally agreed to once every four years. Their legendary deal is often cited as the origin of the Leap Year custom of women popping the question to prospective mates on February 29. It may also have inspired Li'l Abner comic strip artist Al Capp to create Sadie Hawkins Day, the Dogpatch holiday first mentioned in November, 1937. Or not. The Irish are famous for the inventiveness of their bards, poets, novelists and playwrights, many of whom may have kissed the Blarney Stone more than once. As for Irish cinema, one fine comic celebration of arts in the Emerald Isle is 1995's A Man of No Importance.

Monday, July 16, 1995.
A MAN OF NO IMPORTANCE. Written by Barry Devlin. Music by Julian Nott. Directed by Suri Krishnamma. Running time: 98 minutes. 14 Years Limited Admission with the B.C. Classifier's warning: some nudity, suggestive scenes and very coarse language. IT'S ALL IN YOUR way with the words.
Say that bus conductor Alfie Byrne (Albert Finney) is A Man of No Importance, and you dismiss him out of hand. Say that he's a Dublin bus conductor with a Wilde gleam in his eye, and you've suddenly connected him to art, life and the love that dare not speak its name.
Yes, director Suri Krishnamma's title recalls Oscar Wilde's 1893 comedy A Woman of No Importance, though he might easily have called it The Importance of Being Alfred.  And, yes, the great-hearted ticket-taker on the 34 Aston Quay omnibus is in love.
At first, his love is for the words. Regular passengers greet him with respect, and sit in rapt attention as he regales them with readings from the works of the Dublin-born playwright.
Then, one magic morning, a new face appears in this fair city where colleens are pretty. One look at self-conscious Adele Rice (Tara Fitzgerald) and Alfie feels the irresistible stirring of . . .
Art! In a moment of beatific revelation, Alfie recognizes an opportunity for personal fulfilment.
Long has he cherished the quote "if I can produce only one beautiful work of art, I shall be able to rob malice of its venom, cowardice of its sneer and pluck out the tongue of scorn by its root."
Long has he been dedicated to the art of amateur drama. "I intend to stage Oscar Wilde's masterpiece Salome," he announces to his friend and landlord, butcher-shop owner Ivor Carney (Michael Gambon). "And I have found my princess!"
Salome? Surely Alfie knows how much trouble Wilde's Biblical look at love and death got him into. Offended by its licentiousness, England's Lord Chamberlain banned its 1892 premiere.
Shortly thereafter, Wilde's life spun out of control. Three stage successes were followed by his famous libel suit against the Marquis of Queensbury, a humiliating prison sentence and subsequent self-exile to Paris.
Remembered for his stunning Irish wit, plays and poetry, Wilde was also a homosexual at a time when "the love that dare not speak its name" was a criminal offence. Alfie, absolutely dedicated to Wilde's artistic genius, appears innocent of his significance as a gay martyr.
A romantic, Alfie seems blissfully asexual. The time is 1963, and he lives in a world of church halls and walk-up flats, pubs and public transit.
All that is about to change as he pursues Adele and his dream of art. Krishnamma, a 33-year-old Anglo-Indian graduate of the National Film School and British commercial television, shows us a man discovering who he is.
Finding all the right nuances and intonations, Finney turns in a superb performance as the word-smitten Alfie. He's at the centre of a first-rate acting troupe, bringing their characters to life with solid humanity.
Together, they create a movie of gentle strengths that, realistically, can only add up to tragedy.
Happily, it is a tale set in motion by a first-time director with the inclination and the talent to defy the apparently inevitable.

Afterword: We are living in a time rich in the re-imagining of traditional tales, one in which characters plucked from Grimm co-exist with others original to Disney by way of Hans Christian Andersen in TV shows such as Once Upon a Time. So, I have to wonder, would St. Brigit's negotiation with Patrick have gone differently if she had used the Terpsichorean approach of the Bible's Salome to King Herod, as recorded in Oscar Wilde's play? What if the Irishwoman had countered Patrick's original offer of seven years, with the first of her seven veils? An idle thought, to be sure, but one in the tradition of irreverent invention that director Ken Russell brought to his own wicked take on the Irish playwright, 1988's Salome's Last Dance. The pretty Irish girl in 1993's A Man of No Importance is played by British-born Tara Fitzgerald, who'd made her big screen debut three years earlier in the low-budget English comedy Hear My Song. Although she was the most interesting character in her second feature, the Australian period piece Sirens, her co-star Hugh Grant was the one to be called to Hollywood. Fitzgerald went on to Ireland, for A Man of No Importance, then back to Britain, where she has enjoyed a successful stage, film and television career. She played forensic investigator Eve Lockhart for four seasons on the hit BBC-TV series Waking the Dead (2007-2011), than starred in the single-season spin-off drama The Body Farm (2011). Late last year, international audiences saw her as Moses's sister Miriam in Ridley Scott's Biblical epic Exodus: Gods and Kings (2014).