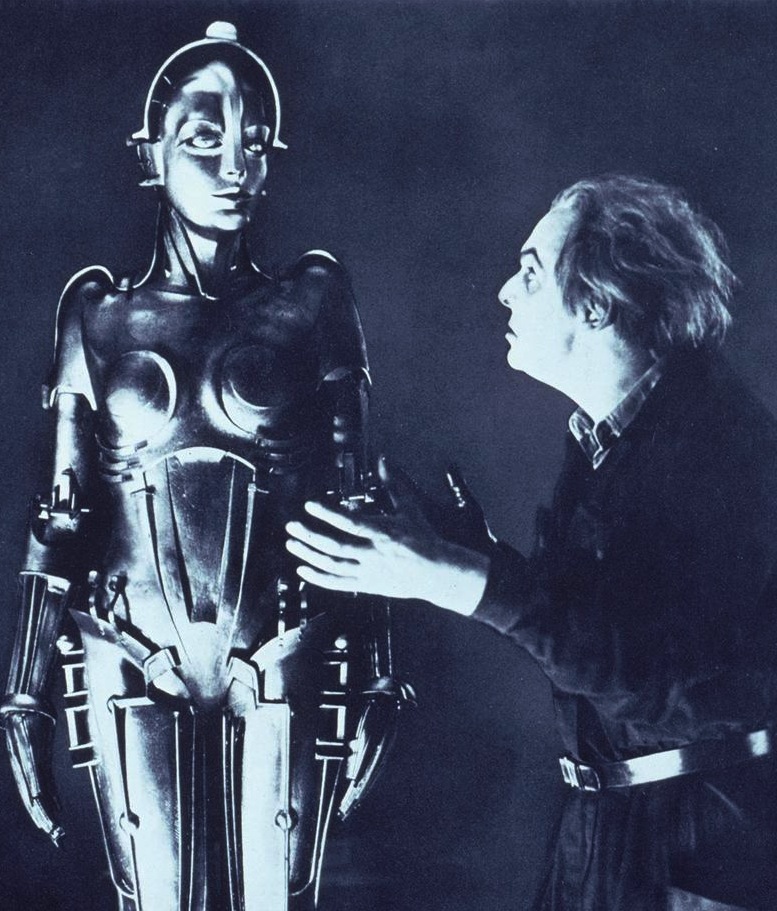 
Restoration of a future seen from the past


Today (October 5) is the final day of VCON 39, the 2014 Vancouver science-fiction Convention. Participating in this three-day event has become an annual tradition for me, and I'm looking forward to moderating an 11 a.m. panel called Four-Colour Flickers: How Comic Books Took Over the Film Business, where the subject of our discussion will be the emergence of Marvel (at Disney) and DC (at Warners) as major players in the current movie mix. With luck, the conversation will range over the broad issue of graphic novels as the inspiration for live-action features. At 1 p.m., I'll be part of a happy gathering listed as the Joss Whedon Panel. A fixture on the convention schedule, it's where we have shared thoughts on the many facets of the Whedonverse since 1999. This year I expect to endure derision from some very bright people because I'd rather that Joss were working on a really awesome Twelfth Night, rather than Avengers: Age of Ultron. Today also represents a landmark of sorts for this website, as Reeling Back records its 300th posting. Its subject is the greatest science-fiction feature of the silent era, German director Fritz Lang's dark meditation on life in 2027's Metropolis (1927).

Tuesday, November 27, 1984
METROPOLIS. Co-written by Thea von Harbou, based on her 1926 novel. Music (1984) by Giorgio Moroder. Co-written and directed by Fritz Lang. Running time: 84 minutes. English subtitled version of the 1926 silent feature. General entertainment. GIORGIO MORODER HAS AN eye for art. A fan of Fritz Lang's silent classic Metropolis, the Italian-born pop composer felt that everybody should have an opportunity to see it.
Taking advantage of the wealth and prestige of an Oscar winner, Moroder initiated an ambitious restoration project that involved selective tinting of existing footage, reinstatement of some "lost'' footage, replacement of the original inter-title cards with subtitles, and the recording of a new Dolby stereo music track.
It was worth all the trouble it took. Originally released in 1926, Metropolis remains a striking vision of the year 2027,  an urbanized world in which men live on the brink of either madness or exhaustion.
Here, as in H.G. Wells's The Time Machine, society is bifurcated. Lang's screenwriter/wife Thea von Harbou imagined a soaring city populated by a leisure class supported by legions of degraded workers living in subterranean slums.
The injustice of it all becomes clear to Freder Fredersen (Gustav Froehlich), the son of the city's master, when he becomes smitten with Maria (Brigitte Helm), a messianic maiden from the undercity.
The plot thickens when Freder's father, Jon (Alfred Abel), pays a visit to Rotwang (Rudolf Klein-Rogge playing the screen's most memorable mad scientist) and has him replace the somewhat simple Maria with a wicked Robotrix.
In 1926, silent cinema was in its final, full flower. During the two year's that Metropolis was in production in Germany, Hollywood's releases included the original screen versions of Ben-Hur, The Lost World, The Phantom of the Opera, The Pony Express and The Wizard of Oz, as well as Erich von Stroheim's masterpiece, Greed.
UFA, Lang's studo, went to the brink of bankruptcy to produce a picture that would stand with them in memory and reputation. Working around von Harbou's hare-brained storyline, the director gave his backers a moody, visual orchestration that holds its power to this day.
The film looks good. Unfortunately,  it sounds ridiculous. Moroder's new score, a selection of  bland music and painfully banal lyrics performed by some interchangeable pop artists, is utterly wrong.
Lang's dark, expressionistic images are completely beyond the limited and limiting emotional range of the rock idiom. A treat for the eyes, Moroder's Metropolis restoration is an offence to the ears.

Afterword: When it premiered in Berlin in January 1927, Metropolis ran an epic 153 minutes. The version that reached the U.S. two months later was a trim 115 minutes. Giorgio Moroder's "restoration," reviewed above, actually does return some of the lost footage, but has an 84-minute running time as a result of replacing the inter-title cards — those moments in a silent film when the action is interrupted for several seconds so we can read the dialogue printed on the screen — with subtitles. The good news is that more complete prints were recently discovered in New Zealand and Argentina. A new restoration project was undertaken in 2005 and, in 2010, a nearly complete 118-minute version was made available on DVD.