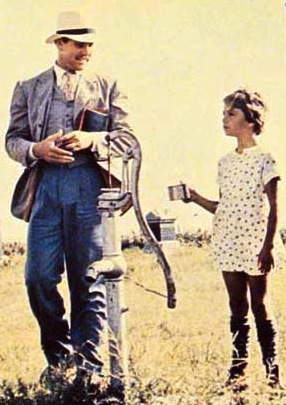 
It was on this day (February 23) in 1455 that the world changed forever. It was a Friday, and according to accepted tradition, the publication date of Johannes Gutenberg's Vulgate Bible. History remembers the German-born blacksmith as the inventor of movable type, which was the basis for the printing revolution, which accelerated the Renaissance, brought about the Protestant Reformation as well as the Enlightenment and the emergence of modern science. It's known that Gutenberg's 1,282-page Bible actually took about three years to produce, and it's credited with being the first book printed in the Western world using movable type and a printing press. (China's claim to the invention goes back to about 1040, but that's another story.) Why the Mainz-based publisher chose the Bible (specifically the St. Jerome Vulgate version) to launch his enterprise is an intriguing tale. Some historians suggest that he did it to preempt opposition from tech-averse Churchmen. I like to think that Gutenberg was the first of the great CEOs, a 15th-century man with 21st-century business acumen. He understood that the Roman Church was the dominant multinational of the day, operating churches, monasteries, convents and schools in every one of the 30-plus principalities that made up Christian Europe. Recognizing the market possibilities, he tailored his product for maximum sell-through. A similar cunning is apparent in Moses Pray, the Bible-selling con artist who is the hero of director Peter Bogdanovich's 1973 comedy, Paper Moon.

Tuesday, July 3, 1973.
PAPER MOON. Written by Alvin Sargent. Based on the novel Addie Pray, by Joe David Brown. No music credit. Directed by Peter Bogdanovich. Running time: 102 minutes. General entertainment with the B.C. Classifier's warning: occasional swearing. FOR DIRECTOR PETER BOGDANOVICH, the honeymoon is over. At first, Bogdanovich, 34, was every movie reviewer's special hero. A former film critic, he had no trouble generating good press. Everybody was sure that he would bring a new sensibility and an artist's sensitivity to the movie business.
Well, everyone also knows that you can't please everyone.
Recently the notices have been mixed. With four pictures to his credit, Bodanovich has begun to feel the sting of negative reviews.
Reaction to his last project, 1972's What's Up, Doc?, divided along generational lines. An attempt to recapture the crazy comedy spirit of the 1930s in a 1970s setting, Doc won the praise of younger critics and the support of the younger audience.
Their elders, with vivid memories of the real thing, were less enthusiastic.
His current film, Paper Moon, is getting much the same treatment. Now, though, there is even grumbling among the younger critics — for my purposes, a "younger" critic is one on my side of 35 — some of whom are saying that Bogdanovich's self-imposed apprenticeship to the great filmmakers and film styles of the past has gone on long enough.
To a certain extent, they resent his canny sense of the commercial. Copying the old masters is all well and good, but it serves the critics' demand for art less than the mass market for nostalgia.
Paper Moon, photographed in true-to-the-period black and white, trades heavily on its 1930s style. Set in the Depression-era midwest, it is the story of a plodding con man and the 10-year-old who takes him in hand.
It's the sort of story a more exploitation-minded producer would called Baby and Clod.
Clod, or rather Moses Pray, is played by Ryan O'Neal, the bumbling musicologist from What's Up, Doc? He arrives in a windswept prairie town one day to look up a lady he once knew. Unfortunately, the lady in question is dead, survived only by a child of dubious paternity.
Baby, whose name is Addie, and who is played by O'Neal's daughter Tatum, decides that Moses is her long lost father. Moses wants no part of that idea but, seeing the chance for a quick buck, agrees to transport the girl to her aunt in St. Louis.
Once together, their association begins to prosper. With her refinements, his game of selling personalized bibles to new widows  becomes a genuine social science.
Soon, they're ready to try for bigger stakes and take some serious risks.
It's ironic that Bogdanovich, whose own critical writing was so perceptive, should be so misunderstood by his former colleagues. Despite his efficiency and effectiveness as an entertainer, he remains what he always was, a social historian.
It has been suggested that in his dedication to style, Bogdanovich lacks feeling and warmth. In a way, this is an inevitable consequence of his chosen material, a 1970s vision of what it was like 40 years ago.
Films made during the Depression weren't about the Depression. They were an escape from it. Today, that feeling is itself a part of the past.
Today, a product like Paper Moon is as much about its time and place as it is about Moses Pray. The present day audience goes to enjoy an immersion in another era.
The question most frequently asked is "how did people survive such hard times?" The answer is, simply: they survived.
Too much of this kind of heavy thinking — the unstated social commentary that is the texture and fabric of the film — can take the edge off the comedy. Credit Laszlo Kovac's stark photography and Polly Platt's evocative production design for vividly bring the period to life.
Ignore such oppressive depth analysis, and what remains is a likeable light comedy. Alvin Sargent's script, based on Joe David Brown's 1971 novel Addie Pray, gives all the best lines to the pint-sized O'Neal.
She does well by them, ingratiating herself with the older O'Neal not by cuteness, but by craft. Her fine acting — her performance is the solid core of the movie — is supported by an equally solid cast that includes Madeline Kahn, O'Neal's fiancee from Whats Up, Doc?, this time playing a carnival strip-tease dancer.
For his part, Ryan O'Neal seems more the proud papa than his daughter's co-star. Outrageously upstaged, he plays straight man to her with a professional good grace that only a parent could maintain.
Together, they make a good team, both as con-artists and comics. Paper Moon, their family film, will delight whole families of filmgoers.
*    *    *
STICKY SENTIMENTS — Peter Bogdanovich's Paper Moon has a lot of things going for it, among them a General rating and a genial tone. One of its most subtle selling points, though, is its title.
It's based on the much-covered Harold Arlen standard from 1933, It's Only a Paper Moon, and the tune is mental flypaper. Run it through your head once, and it will be stuck there all day. It's enough to drive one out to a movie theatre.

Afterword: Rereading a review written more than 40 years ago, I have to admit that the reference to Baby and Clod was probably a lot funnier to readers whose memories of the trend-setting Depression-era feature Bonnie and Clyde (1967) were still fresh. On the other hand, it may have been a bit forced even then.
Although the 1970s critical response to Bogdanovich was divided, my positive reaction to Tatum O'Neal's performance was almost unanimous. At the age of 10, she became the youngest winner of an Academy Award in a competitive category — the six-year-old Shirley Temple's 1935 Oscar was an "honorary" award — a distinction O'Neal retains to this day. In assessing her career, it's tempting to say that she peaked early. It's true that she would never again feel the acclaim that her debut film earned. In her second picture, 1976's little-league baseball comedy The Bad News Bears, her co-star was Walter Matthau. It was the last big hit of her career. Among her 18 subsequent features are the Canadian tax-shelter drama, 1981's Circle of Two, for which she visited Toronto to co-star with Richard Burton. Then there was the made-in-Vancouver Certain Fury (1985), a remake of 1958's The Defiant Ones, that features O'Neal on the run with Irene Cara. From 2006 to 2007, she was the star of a 49-episode Fox Network TV series, Wicked Wicked Games. Between 2004 and 2011, O'Neal had a recurring feature role on the FX Network's Rescue Me.