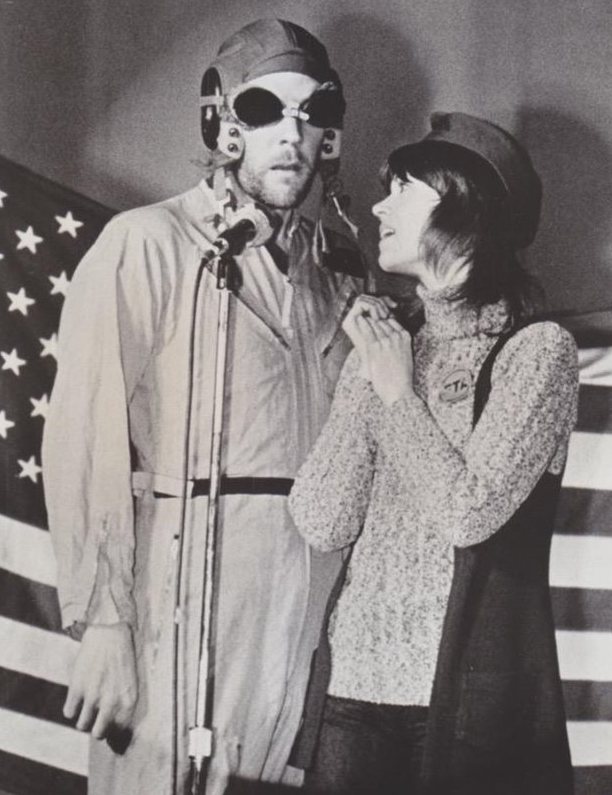 
Talk about bad timing. Keyed to today’s date (April 26), the first World Burlesque Day took its place on the calendar in 2020, just as we were all locking down in response to the COVID-19 pandemic. The creation of a London-based author and entrepreneur named Sapphira (born in Australia as Priscilla Tonkin Silcock), its celebration of the flamboyant performing art was reduced to virtual programming on social media, a format that it’s using again this year. While I can applaud Sapphira’s intent, I am also saddened by the reduction of the glorious history of burlesque — the creative use of ridicule and mockery — to an emphasis on the bumps and grinds. I prefer to remember City Opera Vancouver’s 2020 Berlin: The Last Cabaret, one of the last live stage events we enjoyed before all the curtains dropped. Musical theatre at its best, the show recalled a time similar to our own in which burlesque spoke truth, not to power, but to the people. It was a powerful reminder that transgression can reveal more than mere flesh, and that entertainers may offer us something other than momentary distraction. Fifty years ago, with the U.S. military bogged down in its seemingly endless Vietnam war, a group of actors and musicians took on the responsibility of burlesquing the entertainment industry’s unquestioning support for such conflicts. Led by peace activist performers Jane Fonda and Donald Sutherland, their parody of the traditional USO tour was chronicled in director Francine Parker’s 1972 concert documentary FTA.

FTA. Written by Michael Alaimo, Len Chandler, Pamela Donegan, Jane Fonda, Rita Martinson, Robin Menken, Holly Near, Donald Sutherland and Dalton Trumbo. Music by Aminadav Aloni. Directed by Francine Parker. Running time: 97 minutes. Mature entertainment with the B.C. Classifier’s warning: frequent very coarse and suggestive language. STRANGE ARE THE WAYS of our American neighbours, and stranger still the ways of their movie industry. In most countries, a show like FTA could never have happened.
In the U.S. it not only happens,  but it ends up on film, available to virtually everyone with the price of a ticket.
The FTA Show was the name given the anti-army concert that toured the U.S. and Pacific Rim countries last year [1971], playing to off-duty servicemen. Euphemistically, FTA means Free The Army (the actual slogan is somewhat more prime ministerial in its wording), but there are many Americans, including some in the Congress, who use it as a charge: For Treasonous Activities.
The show was built by and around anti-Vietnam-war activists Jane Fonda and Donald Sutherland. It uses material that was, according to Miss Fonda, culled from some 75 GI-produced newspapers. Their nine-member troupe toured for eight months in the U.S., playing to servicemen in auditoriums, halls, coffee houses and parks near military installations.
Then, in December, the FTA group took off on a Christmas tour of the Pacific Rim, entertaining the troops in Hawaii, Okinawa, the Philippines and Japan. Their trip was a deliberate parody of the annual Bob Hope USO extravaganza that is sent to the troops at government expense.
Like Hope, they took along their movie cameras. The camera crew was responsible for capturing not just the concerts, but the many rap sessions that Miss Fonda and
her colleagues had with servicemen and women, crowd scenes and telling bits of local colour. The quality of their work is amazing.
Despite the obvious problems involved in following a travelling show, the photography is consistently better, and the sound consistently clearer, than any of the more innocuous recent rock music documentaries.
FTA is not innocuous. Miss Fonda refers to the show as "political vaudeville," but political agitation would be more to the point. The show, made up of songs, skits, monologues and readings, is militantly anti-militarist. In its plea for peace among men it counsels actions that range from insubordination to revolution in the streets .
The original purpose of the show was to take a number of the American army's problems — including racism, drug use, dehumanization, war crimes, and degradation of women — and entertainingly crystalize them into issues. The purpose of the film is to put them before the American public.
The issues, like the live audiences, were certainly there. In one interview, a black enlisted man alleges that his white officers constantly call him "nigger" and "boy."
In another, a pair of WAFs (Women's Air Force) allege that the major reason for the foreign posting of American women is to provide sexual companions for American men.
In yet another, an Okinawa-based airman claims he was involved in the ground movement of 23 atomic bombs at the same time that President Nixon was making it perfectly clear to the world that there were no atomic bombs on Okinawa.
The interview sequences are woven in among highlights of the concerts themselves. Here, though the material is heavy, the tone is light, recalling Canadian-born Sutherland's last capital-letter jibe at the army, M*A*S*H. Most of the songs, a selection of specially written ballads and bouncy music hall numbers, have lyrics that can’t be reproduced in a daily newspaper. One, a defiant, liberate-the-ladies tune, even has title that defies print.
Musically, the show's stars are Len Chandler and Rita Martinson, who alternate between up-tempo Movement marching songs and moving ballads. Comedy honours go to Sutherland, though, whose sportscaster coverage of a battle in the Mekong Delta brings the house down.
The same Sutherland, turned serious, provides the show with its major dramatic highlights. At one point, he reads from Dalton Trumbo's Johnny Got His Gun (Sutherland was in the Trumbo-directed film version of the 1938 antiwar novel; Trumbo, incidentally, is credited with part of the FTA script).
Later, Sutherland ends the film with a monologue affirming the brotherhood of man and predicting woe for those leaders "who would take the peace from many of us. "
FTA is not a neutral film. It can have no neutral audiences. Preaching to those already converted to its cause, it will absolutely delight its partisans, appeal to fair-minded liberals and thoroughly enrage conservatives. Comic, caustic and committed, FTA is a movie with a message For Them All.

Afterword: FTA arrived in theatres six months after Canadian media’s “fuddle duddle” moment, hence the reference in the above review to the film's implied title being “prime ministerial in its wording.” In 1971, a time when neither print nor broadcast reporters dared use the f-word in public, Prime Minister Pierre Trudeau was accused of telling opposition MPs to “fuck off” in the House of Commons. Thus did the euphemism “fuddle duddle” become a national catch phrase. (Perhaps the most inventive variation was the Vancouver water-bed retailer who advertised his product as a “fuddle puddle.”) Today, we have fewer limitations on our use of language, so I can tell you that the print-defying title of the film’s “Iiberate-the-ladies tune” was Tired of Bastards Fucking Over Me.
I would be remiss on this World Burlesque Day if I didn’t mention the Vancouver International Burlesque Festival. A world-class celebration of the art held here since 2006, it draws upon this city’s “rich history of burlesque and cabaret dating back to the Golden Age of Burlesque,” a history that was acknowledged in director Jerome Gary’s 1986 documentary Stripper. The current edition is being held now in the pandemic required all-digital format. Programming concludes on May 1.