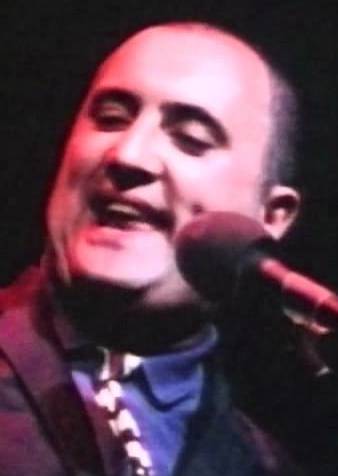 Comedy for a cause


On this day (September 9) in 1981, the best of Britain’s comic talent gathered for a live concert to raise money for the work of Amnesty International. Their fourth such show, it was filmed by documentarist Julien Temple and released in 1982 as The Secret Policeman's Other Ball

THE SECRET POLICEMAN’S OTHER BALL. A recording of the concert, with dialogue and music written by the participating performers. Directed by Julien Temple. Running time: 91 minutes. Mature entertainment with the B.C. Classifier’s warning: some very coarse and suggestive language. THE WORLD IS FULL of good people promoting good causes. Occasionally, such a cause is fortunate enough to attract the attention of a public person who then proceeds to work tirelessly on its behalf.
For years, Jerry Lewis has headlined an annual telethon to raise money for muscular dystrophy. Whipper Billy Watson has long championed the cause of crippled children, while Danny Kaye donates his time and talent to UNICEF, the United Nations children’s fund.
In Britain, Vanessa Redgrave promotes the somewhat-less-than-charitable aims of the terrorist PLO. On the other hand, comedian John Cleese has dedicated himself to Amnesty International, the London-based human-rights lobby that picked up a Nobel Peace Prize in 1977.
A year earlier, in April 1976, Cleese brought Beyond the Fringe stars Alan Bennett, Peter Cook, Jonathan Miller and Dudley Moore together with the Monty Python comic collective to perform for the benefit of his cause. Six months later, a filmed record of that concert, Pleasure at Her Majesty’s, was released to theatres prior to a Christmas airing on BBC-TV.
The benefit concerts have continued. Cleese organized The Mermaid Frolics in 1977, and The Secret Policeman’s Ball (1979), followed by The Secret Policeman's Other Ball in 1981. On the last two occasions, documentarist Julien Temple was on hand with a camera crew.
The good news is that all of the profits from the distribution of TSPOB as a film, videotape, soundtrack album, T-shirt, souvenir magazine, whoopee cushion, poster or bubble gum trading cards goes to Amnesty International.
The bad news is that the performers, their material and this filmed record of its presentation are of less than first quality. TSPOB is good works rather than good work.
Neither the Pythons nor the Fringe folk have anything new to offer. Dedicated fans of either will have no trouble reciting bits of dialogue along with the comedians.
There is some new talent on view. Even so, I found most of what the thick-accented Alexei Sayle had to say incomprehensible. Described as “a new wave Liverpudlian comedian,” his humour is well punctuated with the sort of Anglo-Saxonisms currently favoured by B.C. union leaders and the Canadian prime minister.
Among the show’s few bright spots are a too-brief appearance by the engaging Chris Langham and a song from feminist wit Victoria Wood, whose ballad, “Had It Up to Here with Men,” has the bite of vintage Tom Lehrer.
Cleese hopes that TSPOB will return over a million dollars to Amnesty International. It’s too bad that the picture’s content, pacing and technical quality aren’t as good as its cause.

Afterword: As it turns out, Vanessa Redgrave was right. In the above review, I disparage her then-controversial support for the Palestinian Liberation Organization. In the early 1980s, I didn’t know enough to intelligently question the received wisdom on Middle East politics. I didn’t know that, from the moment of its founding, the media-savvy State of Israel benefited from the best public relations money could buy to establish its brand in the Western world. According to the then-accepted narrative, the PLO, established in 1964 to oppose the ethnic cleansing of the region’s native peoples by European settlers, was a “terrorist” organization. The occupying power, meanwhile, was merely exercising its “right of self defence.” Redgrave was smart enough to see through the rhetoric, and was criticized for speaking truth to power. I was among her critics, and for that I owe the lady a sincere apology.
Like Redgrave, comedian Alexei Sayle challenged the reporting style of the the early 1980s. Linguistically, our world was in flux. Even so, quoting what the B.C. film classifier called “very coarse language" was not allowed in our self-defined “family newspaper.” One alternative was to play cute games, with references to incidents such as Canadian Prime Minister Pierre Trudeau’s famous fuddle duddle moment in the House of Commons. In 1988, the expression “f-bomb” entered the language. Attributed to baseball catcher Gary Carter (and quoted in a Newsday newspaper story written by Steve Marcus), it filled a need that  many of us had been feeling for years. A social activist in this own right, Alexei Sayle was featured in 2012 on the BBC Radio 4 series Great Lives, where he argued for the greatness of Edward Said, the Jerusalem-born literary theorist and campaigner for Palestinian rights. No f-bombs were dropped in Sayle's heartfelt presentation.