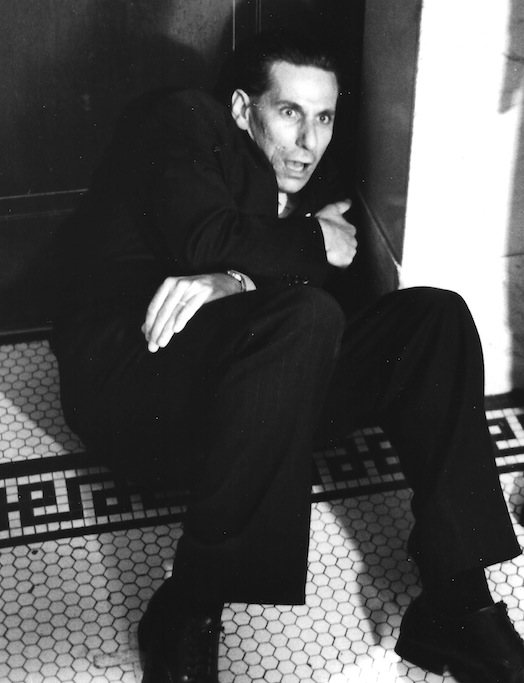 
We're doomed. The all-news networks pretty much agree that if ISIS doesn't get us, the ebola virus will. U.S. broadcasters seem determined to lurch from one panic alert to another. Their coverage of the ebola threat was a recent target of the Daily Show's John Stewart. America's leading media critic and social satirist, Stewart heckled what passes for informed opinion in their reporting, noting an October 10 interview on CNN with novelist Robin Cook that identified the thriller-writing ophthalmologist as "The Man Who Wrote the Book on Ebola." Cook's 1987 Outbreak was called "prophetic," ignoring the fact that the pandemic trope has been a science-fiction staple since Mary Shelley's 1826 novel The Last Man. Cook's novel might have been forgotten but for the 1995 movie adaptation, in which Donald Sutherland played a crazy general determined to nuke the California town at the centre of the outbreak. And now, television reports are focused on the issue of quarantines, the subject at the heart of Vancouver writer-director Charles Wilkinson's "prophetic" 1989 thriller Quarantine. The picture starred Jerry Wasserman, who was born on this day (November 2) in 1945. An actor who also holds a doctorate (in English literature), he played the crazy senator who administers his government's quarantine policy, direct experience that makes him perfect for a guest spot on CNN Tonight.

Monday, November, 27, 1989.
QUARANTINE. Music by Graeme Coleman. Written, produced and directed by Charles Wilkinson. Running time: 95 minutes. 14 Years Limited Admission with the B.C. Classifier's warning: some violence, very coarse language, occasional nudity and suggestive scenes. AT FIRST, I THOUGHT her black-leather look was a bit extreme. The wife of a prominent politician, Berlin Ford (Michelle Goodger) makes her entrance in a miniskirt featuring buckles and thigh-baring cutouts, an item from the fashion boutique Fetishes-R-Us.
But then her husband is Senator Edgar Ford (Jerry Wasserman). Early in the film, Ford displayed a Goebbels-like intensity in justifying his government's policy of Quarantine.
The healthy organism is like '"a fortress," he said, making a fist with his right hand. "It can be penetrated," he said, taking aim with his lit cigarette.
''By strength, of course, but also by weakness. The tools of weakness,'' he said, opening one finger, "mercy . .  ."
He opened a second finger. ". . . misplaced compassion . . ." And a third. ". . . endless political debate. . . " And the fourth. ". . . medical studies!"
Ford drove home the point by stubbing out his cigarette in the exposed palm. Yes, the lady in leather is just his type.
The film's setting is an unnamed city in a country ravaged by an unnamed disease. Ford administers a "quarantine system" that has relocated a significant proportion of the population to isolation camps, creating a rootless refugee class of abandoned dependents.     One refugee, Iris Vanessa "Ivan'' Joad (Beatrice Boepple) is a young woman in violent rebellion. When her daring attempt to kidnap Ford fails, she is sheltered by emotionally detached government computer whiz Spencer Crown (Garwin Sanford).
Though he's working on a detection system that reduces the pursuit of infected fugitives to video gamesmanship, Crown becomes enamoured of Ivan. Eventually, they will take on Ford's "system" together.
The Fords, Berlin and Edgar, are a matched set. I wish that the same could be said of the film's central couple. The lack of any chemistry between the young rebels robs writer-director Charles Wilkinson's near-future thriller of needed emotional involvement.  Introduced as man suffering from a hangover, poor Crown is a character without any clear  motivation.
Credit Wilkinson with creating a visually striking world. A local, independent production, Quarantine was shot on location in Vancouver and New Westminster.
Stylistically more Italian than American, it offers an old-world dystopia. A harshly lit nightmare with emphasis on industrial decay and fascist-functional building spaces, it effectively establishes a mood of totalitarian excess.
Within this world, though, Wilkinson leaves too much to the imagination. It' s obvious that a power struggle is going on between Ford and sadistic police lieutenant Karl Beck (Tom McBeath),  but the political milieu is not defined well enough for us to assess the relative dangers.
Similarly, both the rebel Crown's supercomputer and the disease — AIDs? — that prompted its creation are bothersome precisely because we are told so little about them.
Intended, I think, as a techno-punk parable, Quarantine's non-specifics actually interfere with its attempt at universal resonance. The result is a tale too distanced from reality to have real impact.

Afterword: Although he made his feature film debut in 1984 — in the Vancouver-made independent feature Low Visibility — I first noticed Jerry Wasserman as the co-star of the quirky, short-lived television series The New Adventures of Beans Baxter (1987). Born in the U.S., he relocated to Vancouver in 1972 to  teach modern British literature at the University of B.C. Currently a professor in UBC's Department of Theatre and Film, Dr. Wasserman also works as a theatre critic, publishing reviews in the Province daily newspaper and on his own website Vancouver Plays