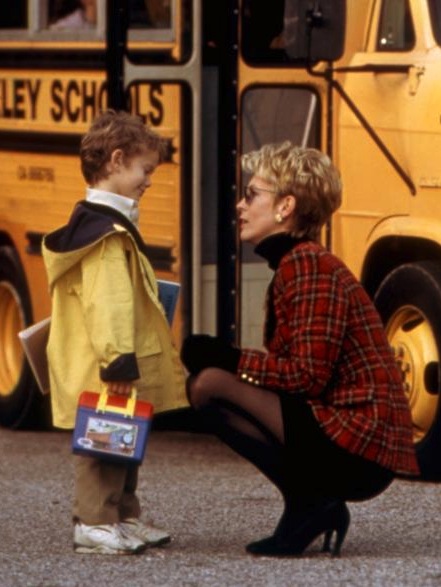 
Even bad mothers have their day


It's the second Sunday in May, since 1914 the day upon which moms are honoured and motherhood is held sacred. It was conceived as a day of reconciliation. In 1868, social activist Anna Jarvis (1832-1905) came up with the idea of "a Mother's Friendship Day" to bring together families divided by the U.S. Civil War. Forty years later, her daughter, also named Anna Jarvis (1864-1948), campaigned for the Mother's Day we celebrate today. Whatever pleasure she took in its success turned to anger when the day became a major occasion for commercial exploitation. She spent the rest of her life denouncing its abuse. Cut from similar confrontational cloth was Mary Harris (1837-1930), better known as Mother Jones. Called "the most dangerous woman in America" by a West Virginia prosecutor, she was an eloquent and effective union organizer, who advised "her boys" to "pray for the dead and fight like hell for the living." Her hell-raising is both honoured and emulated in the investigative journalism of the socially progressive magazine named for her. Founded in 1976, Mother Jones operates on the principal that every day is Mother's day. Filmmakers, too, have confrontational feelings about motherhood. Consider, for example, Canadian director Yves Simoneau's 1994 thriller Mother's Boys.

Sunday, June 26, 1994.
MOTHER'S BOYS. Written by Barry Schneider and Richard Hawley. Based on the novel by Bernard Taylor. Music by George S. Clinton. Directed by Yves Simoneau. Running time: 96 minutes. Rated 14 Years Limited Admission with the B.C. Classifier's warning "occasional violence, nudity, suggestive scenes and very coarse language." GRANNY'S GUILT IS the giveaway.
Hospitalized following a bone-jarring fall down the stairs in her Pasadena mansion, Judith Madigan's widowed mother, Lydia (Vanessa Redgrave), is delirious. Visited by her adult daughter, she raves insistently about her "poor girl" and her late husband's "great sin."
Until this moment in Mother's Boys, Jude (Jamie Lee Curtis) has been the designated villainess. In this letter-perfect shock-thriller, director Yves (Pouvoir Intime) Simoneau chooses just the right moment to offer a hint of sympathy for his devil.
The picture's psycho mom, Jude is guilty of having walked out on her husband and their three sons, and staying away for three years. Though her abandoned son Kes (Luke Edwards) went a little nuts, Robert Madigan (Peter Gallagher) got on with his life.
Eventually, Miss Right arrived in the person of Colleen "Callie" Harland (Joanne Whalley). Now, he's ready to remarry.
The film opens with Jude's sudden reappearance. A wealthy woman with confidence in her legal position, she announces "I want my family back."
When Robert makes it clear that their life together is over, Jude harasses Callie and works her considerable wiles on vulnerable, 12-year-old Kes. Not until granny's delirium do we discover that Jude, the sinister sinner, has been sinned against.
American film-goers are about to make a discovery. With the independently-financed Mother's Boys, Quebecois director Simoneau demonstrates his mastery of the art of "international" film-making.
Easily the year's sharpest thriller to date, his adaptation of British author Bernard Taylor's 1988 novel combines imaginatively off-type casting with elegant, edgy style. Simoneau has both the eye and the instinct to produce great cinema.
Here, the director of Perfectly Normal (a 1991 comedy that fixed the Toronto film style like a bug to a display board) shows us that in American movies it is by their gas-guzzlers that ye shall know them.
Coupon-clipping Jude, the bad blonde, proclaims her self-indulgence with a Mercedes convertible. Outstanding in the Sharon Stone-like scary lady role is Curtis, an actress who made her name as a lady-in-distress scream queen.
An underrated talent, she worked her way from horror films to funny lady (in Trading Places and A Fish Called Wanda) and ladylike good wife and mom roles (My Girl; Forever Young), emerging as a performer capable of anything. As Jude, she is convincingly dangerous, deviously seductive and horrifyingly homicidal.
Callie, the doe-eyed career woman who works as vice-principal at a progressive private school, is a Volvo wagon-driving good girl. Using her American accent, Whalley shows her nice side after having made her name as an English sexpot (in dramas such as 1989's Scandal and 1993's The Secret Rapture).
Good dad Robert drives a Jeep wagon. Eschewing his usual oily persona, Gallagher shows he can be caring and concerned.
Another movie examining the dangers that ambitious young architects face in marrying rich girls, Mother's Boys delivers its jolts with taste and some intelligence. It's a tale of guilt to be enjoyed without shame.

Afterword: Two weeks after Mother's Boys opened in Vancouver, Jamie Lee Curtis was showing off a very different set of domestic skills under the direction of another Canadian, James Cameron, in his action epic True Lies. As Helen Tasker, she played the wife of a secret agent (Arnold Schwarzenegger) and mother of a teen-aged daughter (Eliza Dushku), all of whom become involved in saving Miami from atomic annihilation. Quebec City-born Yves Simoneau, her Mother's Boys director, works with ease in English or French as he directs projects in the U.S. and Canada for both television and the big screen. His career highlight to date is the 2007 TV movie Bury My Heart at Wounded Knee. The filmed-in-Calgary historical drama was nominated for 17 Emmy Awards and won five, including the best made-for-TV-movie and director statues. During his visits to Vancouver, Simoneau directed the made-for-TV movie Intensity (1997), the theatrical feature Ignition (2002), the pilot episode for The 4400 (2004), and four episodes of V (2009-10).