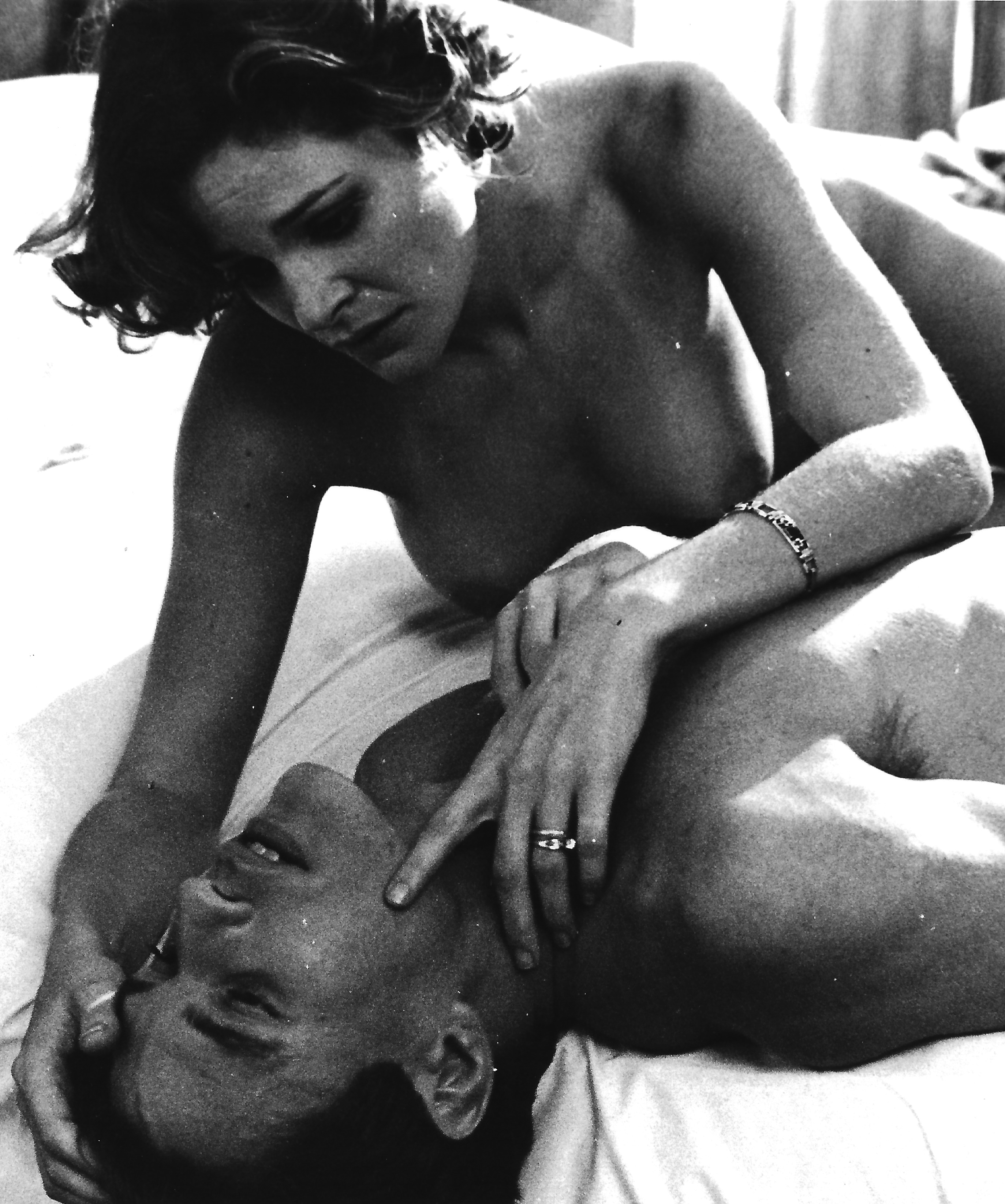 
In praise of Helen Shaver


Tonight (September 14), the Toronto International Film Festival concludes its 2014 edition. On this day in 1978, its third edition opened amid controversy surrounding its gala premiere presentation of the "scandalous" Canadian feature, In Praise of Older Women.

Tuesday, December 5, 1978.
IN PRAISE OF OLDER WOMEN. Written by Paul Gottlieb. Based on the 1966 novel by Stephen Vizlnczey. Music by Tibor Polgar. Directed by George Kaczender. Running time: 114 minutes. Restricted entertainment with the B.C. Classifier's warning: completely concerned with sex. EXCEPT FOR HELEN SHAVER, an exceptional actress in or out of her clothes, there's little to praise in In Praise of Older Women. Dull and dreary, this empty-headed adaptation of Stephen Vizlnczey's erotic memoir sets the cause of sexploitation back nearly 20 years.
Its plot indulges that tired old male fantasy — sexual initiation by a willing older woman. Here, of course, "older" means about 30. Andras Vayda (Tom Berenger) manages eight involvements in the picture's 114 minutes, six of them with such "older" women.
Like the recent French feature Emmanuelle (1974), this is a picture with intellectual pretensions that get little support from either the screenwriter or star. Though pretty enough, Chicago-born Berenger's acting talent is hardly up to the rigours of afternoon television, let alone big-screen movies.
Vayda is supposed to be a soulful Hungarian student, a freedom fighter and, eventually, a philosophy professor in Canada. Berenger lacks the necessary warmth and charm. His attempts to look thoughtful cry out for the blessed relief of Preparation H.
He is surrounded a bevy of attractive, more talented females, all of whom do somewhat better by Paul Gottlieb's feeble-minded script.
The standout, though, is Shaver,  winner of the Canadian Film Award as best actress for her sensitive portrayal of Ann MacDonald, a repressed Montreal housewife. During her brief appearance in the film, she turns Gottlieb's dross into gold.
In bringing In Praise of Older Women to the screen, director George Kaczender is offering us his answer to the so-called "elegant erotica" of Emmanuelle. It turns out to be another look at awkward adolescence.
*    *    *
SCORE-KEEPING — For the record, Kaczender coaxed eight actresses into doing nude scenes for his feature. They are, in order of appearance, Monique Lepage, Marianne McIsaac, Karen Black, Marilyn Lightstone, Alberta Watson, Susan Strasberg, Alexandra Stewart and Helen Shaver. All but Black and Strasberg are Canadian born.
The film was, of course, made with the financial assistance of  Ottawa's Canadian Film Development Corporation. It seems to have been dedicated to the celebration of castor canadensis.

Afterword: In 1969, director Denis Heroux boasted that "I have broken a taboo — undressing a woman in front of a camera. Not a Swedish or Parisian girl, but a Quebec girl." Heroux was promoting his low-budget feature Valerie, a picaresque drama that proved that there was major money to be made in saucy, softcore sex films. The result was a blossoming of independent filmmaking in French Canada, and the creation of a new subgenre that show-business bible Variety labelled "maple syrup porn." Quebec enjoyed a virtual monopoly on such films (and the boxoffice profits they generated) for almost a decade. Then, in 1978, producer Robert Lantos decided that English Canada was ready for its own cinematic sexual revolution. In his adaptation of the Stephen Vizlnczey novel, director George Kaczender would undress not just one woman in front of his camera, but eight. In Quebec, they were greatly amused by the Ontario Censor Board's insistence that In Praise of Older Women be cut before its official premiere at Toronto's film festival (then grandly called The Festival of Festivals). In her chatty 2001 book, Weird Sex & Snowshoes, Vancouver critic Katherine Monk called the moment "positively scandalous," and the movie "a true Canadian milestone in the continuing excavation of our repressed psyche." As someone who was there that night — the rain was torrential on Yonge Street as those of us unable to get into the packed Elgin Theatre were herded up the road to the New Yorker for an overflow screening — I recall the mood being one of shared delight that Torontonians could be sophisticated and naughty at the same time. The movie was practically incidental and, truth to tell, not all that good. But, as Monk says, it was a milestone.