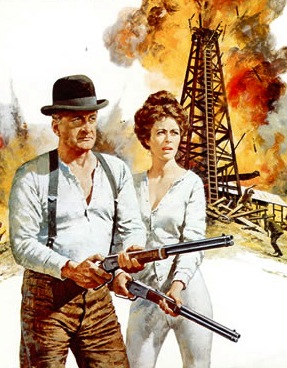 
For nearly 40 years, he held to the old-fashioned idea that movies were more than entertainment, that film should be a force for good in the community. Born on this day (September 29) in 1913, producer-director Stanley Kramer was an unapologetic New Dealer, a believer in facing up to social problems and building a consensus for progressive solutions. He learned his craft as an apprentice, working as a studio carpenter, researcher, writer, film editor and production assistant. During the Second Wold War, his military service included work on training films. Afterwards, Kramer became an independent producer, making the sort of pictures Hollywood deemed "controversial" because they spoke to "issues." As a producer during a time when cinema was a producer's medium, he was able to give new directors, such as Montreal-born Mark Robson, and actors, such as Kirk Douglas and Marlon Brando, their start in the business. Later, after making his own directorial debut, he would cling to his militant moderation in a Hollywood embattled politically and financially, to keep the embers of social responsibility burning. In the rush to lionize the "new generation" credited with "saving" American cinema in the late 1960s and after, Kramer's contributions are too often forgotten. In the 1980s, he retired to the Seattle suburb of Bellevue. Among his late features was a period tale of corporate criminality, 1973's Oklahoma Crude.

Monday, September 17, 1973.
OKLAHOMA CRUDE. Written by Marc Norman. Music by Henry Mancini. Produced and directed by Stanley Kramer. Running time: 108 minutes. Mature entertainment. BACK IN THE DAYS WHEN there were such things as good guys and bad guys, producer-director Stanley Kramer decided to become one of the good guys. Over the years, he has become known as Hollywood's own professional liberal.
Kramer is the man who makes movies with "something to say." Every film is a statement, albeit a safe one. It is almost as if the filmmaker were a beat behind opinion makers, willing to be controversial only in the wake of real controversies.
Thus, the suicidal finality of thermonuclear war was a well-worn topic when he got around to offering us his adaptation of Nevil Shute's 1957 nightmare novel On the Beach (1959). The causes fought for in the actual Scopes "monkey trial" were already won when he adapted the 1955 stage play Inherit the Wind (1960) to the screen.
After taking on German war guilt (Judgment at Nuremburg; 1961), American avarice (It's a Mad, Mad, Mad, Mad World; 1963), interracial marriage (Guess Who's Coming to Dinner?; 1967) and student rebellion (R.P.M.; 1970), Kramer now thinks it's time to do something about the oil companies.
Well, maybe "do something" is a bit strong. "Say something," is more Kramer's approach.
Oklahoma Crude is a mincing half-hearted stab in that direction. Fumbling awkwardly in several directions at once, it manages to be neither the love story it pretends to be, nor the gutsy statement it obviously would prefer to be.
Marc Norman's original screenplay returns to 1910 to tell the story of an independently-minded female named Lena Doyle (Faye Dunaway), who owns some potentially productive acreage in the midst of the holdings of a major oil company, the Pan-Oklahoma Corporation. Personal danger notwithstanding, she is determined to wildcat her own well.
Standing by her, despite her protests, are her father, Cleon (John Mills), and the hobo he hires to protect her, Noble Mason (George C. Scott). Standing against her are the goon squads of Pan-Okie, under the leadership of an ex-army officer named Hellman (Jack Palance).
The oil company is the villain. Greedy for her relatively insignificant stake, it makes her the object of an intimidation campaign that ends with her being kidnapped and beaten half to death.
Her land is stolen from her and garrisoned by Hellman's "security" men.
When the battered heroine seeks legal remedy, she is told that Pan-Okie owns the police and the courts. She is advised to raise her own army, and physically fight if she is serious about getting her land back.
That, as a basic story, could have been dramatic and hard-hitting. Kramer, unfortunately, plays it for laughs. Reluctant to face head on the issues he raises, he settles for unsatisfying snickers at the expense of his period setting and characters.
Lena almost seems to deserve the misfortunes that befall her. Played with a Jane Fonda-ish intensity by Dunaway, she is an unsympathetic character, driven more by misanthropic meanness than ambition or ideals.
For reasons never explained in the film, she hates her father. She seems bent on humiliating Pan-Okie to show that she has more guts (her own words are more explicit, anatomically) than any of the men in Oil City.
(If one were to indulge Freudian fantasies, Lena's erection of her own oil derrick — clearly a phallic symbol — might be interpreted as a classic case of penis envy. One really should avoid Freudian fantasies.)
Dunaway, who spends a good part of the picture stomping about in a pair of long johns, is actually restrained in comparison to her co-stars. Palance, as villain, lacks only a moustache to twirl as he hisses out his archly evil lines.
Scott, as hero recruit, seems to be filling in the youthful backstory to his mature Flim Flam Man character from 1967. It's all caricature, the sort of pit that an actor falls into when his script fails to maintain any consistent logic, or provide any character development.
Consider one particularly a tense moment, one that Kramer tries to relieve with humour. Hero Scott has a gun to villain Palance's head. He chooses the moment to micturate on the miscreant.
It's a poor joke. At that particular moment, manslaughter would have been more in order.
It is, unfortunately, typical of the film's tone, and a better explanation of the film's title, Oklahoma Crude, could hardly be found. Kramer, by approaching hard-edged material without solid conviction, ends up with a farce that wants to be a drama. He shows himself a liberal without any claws.

Afterword: To this day, I have a deep and abiding respect and admiration for Stanley Kramer. As an impressionable teenager, I saw his great morality play, Judgment at Nuremburg (1961), a picture that had a profound effect on my developing moral sense. A generation later, during an unexpected mid-1980s meeting, I had the opportunity to thank him for that experience. It was on a Northwest Orient flight from Chicago to Seattle. Because the flight was overbooked, I was given an upgrade to first class. The man in the next seat turned out to be Stanley Kramer. We chatted amiably for nearly three hours, a conversation that touched on movies, airline amenities, recent history and the news of the day. Today, restoring my original review of Kramer's Oklahoma Crude, I feel the need to emphasize that the day-to-day work of a newspaper film critic is focused on the experience of the new movie. For me, in 1973, Oklahoma Crude was a disappointment, and I said so emphatically. It seemed to me that Kramer was mellowing when, on our front pages, the hard-edged drama of the senate investigation into the Watergate scandal was unfolding. Kramer directed two more theatrical features, the 1977 assassination thriller The Domino Principle, and 1979's The Runner Stumbles, a drama about a priest and nun who fall in love. Recalling my Oklahoma Crude notice today, I'm surprised that I didn't mention its Canadian connection — composer Henry Mancini's Send a Little Love My Way (with lyrics by Hal David) was the movie-soundtrack debut of Anne Murray. In the movie, she sings the song we hear when Lena plays a scratched 78 rpm disc in her tent. Released as a non-scratchy single in June 1973, it was a hit for the ever-popular Murray.