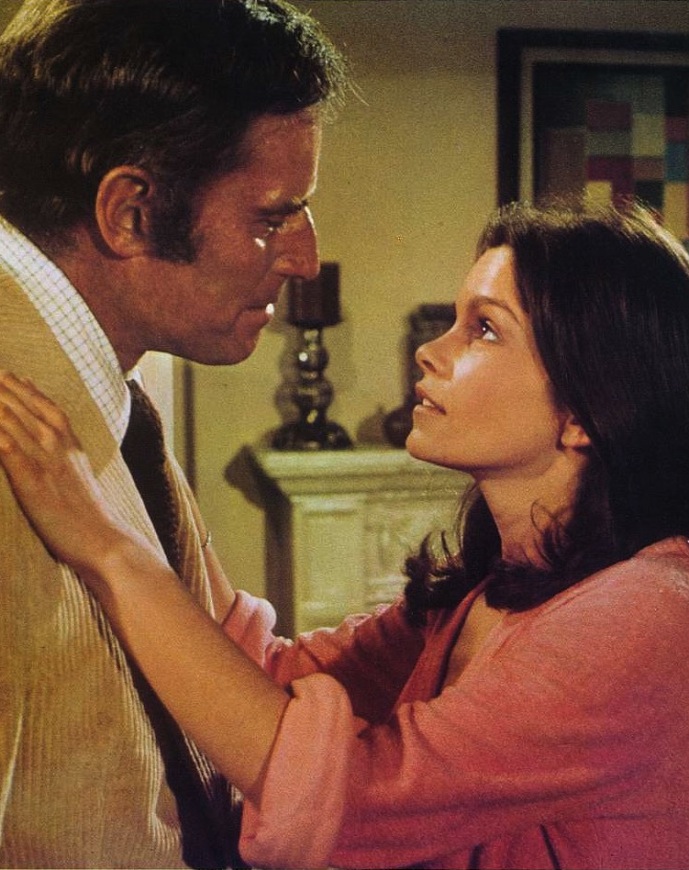 L.A. battered by big one


Yes, it was San Andreas Fault. On this day in 1906 (April 18), San Francisco received a lesson in plate tectonics that cost at least 3,000 lives, and left the city in ruins. One of the worst natural disasters in U.S. history, it also was the inspiration for one of the first Hollywood disaster movies. Made on the cusp of the sound era, 1927's Old San Francisco was a silent melodrama in which the climactic earthquake comes as the answer to the heroine's prayer, saving her from a fate worse than death. (The earthquake footage was recycled in 1938, in the Warner Bros. adaptation of Myron Brinig's potboiler novel The Sisters, the first screen pairing of Bette Davis and Errol Flynn.) MGM's 1936 take on the 'quake was called just San Francisco. Boasting Clark Gable and Jeanette MacDonald as Barbary Coast lovers, it introduced the song "San Francisco" (Open your golden gate / You let no stranger wait outside your door). Sung by MacDonald no fewer than six times in the picture, it's become the city's unofficial anthem. Surprisingly, the great disaster film cycle of the 1970s did not feature an all-star return to the City by the Bay. Instead, when the time came, blame was rained on a more southern section of the famous fault line. Director Mark Robson's Earthquake had a ball destroying the U.S. film industry's home town, Los Angeles.

November 18, 1974
EARTHQUAKE. Written by George Fox and Mario Puzo. Music by John Williams. Produced and directed by Mark Robson. Running time: 123 minutes. Mature entertainment. SURE, THEY WARNED us. There are posters in the lobby, notices in the newspapers, and even an announcement on the screen immediately before the movie begins.
"Please be aware that you will feel as well as see and hear realistic effects such as might be experienced in an actual earthquake. The management assumes no responsibility . . ."
Forty-eight seats are missing from the Park Theatre [in Vancouver]. Built into each corner of the auditorium is an ominous black speaker, a bass reflex cabinet that towers at least eight feet in the air, and is powered by its own 1,000-watt amplifier.
Universal Studios promise an earthquake. It's a large promise, and filmgoers will be skeptical. Those who see Earthquake will be a tough audience to shake. The challenge is implicit. "All right, movie. Make me feel it."
It will.
The process is called Sensurround, and it is activated by a sub-sonic signal from the film's soundtrack. It fills the auditorium with an explosion of sound but, because that sound is generated at a frequency of 25 cycles per second and is near the lower extremity of the ear's ability to hear, it is virtually inaudible. It's there, though, and it is perceived by the body through a phenomenon known as bone conduction.
Sure, it's a gimmick. But it's a good one, and vibrant — pun intended — proof that in an age of conglomerate ownerships, at least one major studio retains a commitment to show business. Earthquake really is an entertainment event.
Made at the same time as Airport 1975, it shares at least two of that picture's stars — Charlton Heston and George Kennedy.  Here, however, the comparison ends.
Unlike Jack Smight, who never got his inflight disaster film off the ground, producer/director Mark Robson makes the most of his all-star cast. With the exception of Ava Gardner, who gives a bad imitation of Elizabeth Taylor at her overweight worst, all do credit to themselves, despite the slightness of their roles.
Heston is convincing as Stuart Graff, the construction engineer married to Remy (Gardner), the boss's bratty daughter. Their marriage is in trouble, and so she talks her dad, Sam Royce (Lorne Greene) into making him the company president. She thinks he is having an affair with pretty, widowed  Denise Marshall (Genevieve Bujold, a Canadian star in her first American movie role).
Kennedy plays Lou Slade, a Los Angeles cop under suspension, and on the verge of quitting the force. He is enchanted by Rosa Amici (Victoria Principal), who is also admired by grocery store manager Jody Joad (Marjoe Gortner). Complicating matters, Slade lends money to Rosa's brother's partner, motorcycle daredevil Miles Quade (Richard Roundtree).
Meanwhile, up at the Seismological Institute, research director Dr. James Vance (Barry Sullivan) is disturbed by a prediction by graduate student Walter Russell (Kip Niven) that a major 'quake is on the way. Staff at the nearby Hollywood Dam begin checking the structure for cracks . . .
Robson's movie, based on an original screenplay by George  Fox and novelist Mario (The Godfather) Puzo, is a wryly humourous exercise in formula fllmmaking. Included as a running gag is  a well-lubricated drunk — an unbilled guest appearance by Walter Matthau —  so absorbed in balancing his drink that he never notices the bar falling apart around him.
Kennedy, who got all the best lines in Airport 1975, delivers another gem here. His character, Slade, kills a power-mad national guardsman who's attempting to rape his beloved Rosa.
"Earthquakes," he says in an attempt to console her, "bring out the worst in some men."
They can also bring out the best in some studio's technical departments. If there was an Oscar for best set destruction, Earthquake would be the year's hands-down winner.  The devastation of Los Angeles by earthquake and flash flood — yes, the dam breaks — is the point and focus of the film, and it is simulated with heart-stopping realism.
It comes at a moment calculated to crack the most steely nerves. One of the characters in the movie decides to go to the movies.
The tremors, set to hit 9.9 on the Richter scale, begin during the first reel of the movie-within-the-movie (1973's High Plains Drifter). Suddenly, the audience on screen, together with the one in front of it, is in the midst of the mounting shock.
Sure, it's a gimmick.
But it feels as if the theatre is coming apart just the same.

Afterword: Earthquake was released at the midst of the cycle of all-star disaster films that hit theatres in the 1970s. It was the first film to use the patented Sensurround process, an audience-rattling extra created to distinguish Universal's picture from such competing 1974 features as The Towering Inferno and Airport 1975. Determined to get its money's worth out of its sound system, Universal used it two years later in the all-star Second World War epic Midway, and yet again in its amusement park thriller Rollercoaster (1977). The fourth, and final, Sensurround release came in 1978, when Universal put the 148-minute pilot episode of its expensive new television series Battlestar Galactica into theatres outside of the United States two months before the scheduled broadast premiere. That, at least, is the official history. In second-tier market Vancouver, the Odeon theatre chain passed on the big-sound option, offering a shorter, 122-minute monaural version to local filmgoers.