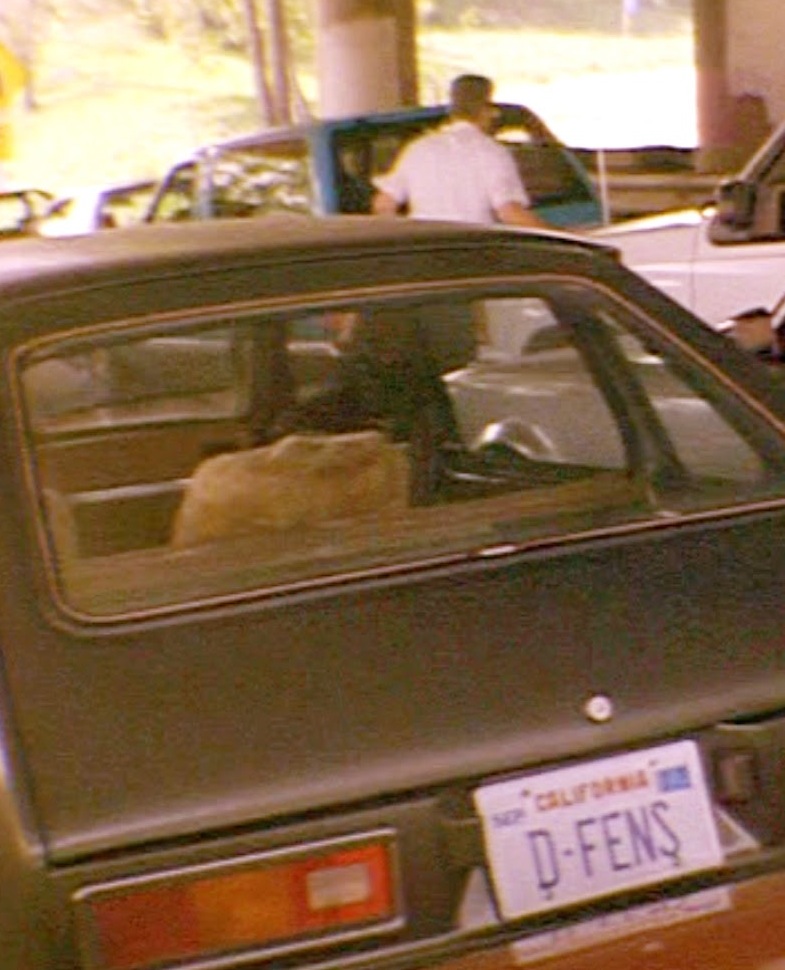 William Foster (Michael Douglas) abandons his car (D-FENS) and his American dreams in a Los Angeles traffic jam in the opening scene of Joel Schumacher's Falling Down.


Rambo gets a serio-satirical remake


His American doctors missed the cancer. For nine months, Michael Douglas had been complaining of symptoms and receiving prescriptions for antibiotics to treat his "infection." In 2010, Montreal's Dr. Saul Frenkiel diagnosed it as stage IV oropharyngeal cancer. The American press missed the story. Though Douglas has repeatedly praised Canada's medical system, the U.S. media went bananas over a more salacious revelation. "Oral Sex Can Cause Cancer" read a June 2013 headline about his ordeal from Fox News, an organization that routinely attacks any attempt to improve the shambles that passes for healthcare in the U.S. Today (September 25), as he celebrates his 70th birthday, Michael Douglas may be thinking how lucky he has been in his Canadian connections. Among his early film appearances was a co-starring role as a doctor opposite Genevieve Bujold in the 1979 thriller Coma, and as an Olympic athlete in the Canadian-made feature Running (1979). Success, including his Oscar-winning performance in Oliver Stone's Wall Street (1987), made it possible for him to maintain a summer home in Mont Tremblant, Quebec, from which he made that life-saving visit to Dr. Frenkiel. Truly a fortunate son, Douglas often shows his liberalism in his choice of roles, prominent among them the laid-off defence worker in Joel Schumacher's 1993 feature Falling Down.

Friday, February 26, 1993.
FALLING DOWN. Written by Ebbe Roe Smith. Music by James Newton Howard. Directed by Joel Schumacher. Running time: 113 minutes. Rated 14 Years with the B.C. Classifier's warning "some violence, very coarse language. BILL FOSTER (MICHAEL Douglas) is mad as hell.
"I'm the bad guy?" he says quietly towards the end of the tragi-comic Falling Down. "How'd that happen?
"I did everything they told me to."
Foster, the most lucid American raving loony since Network's Howard Beal (1976), isn't taking it any more. He's had it with incivility, inequity, intolerance and unemployment.
He encounters all of these as he makes his way on foot across a hot and bothered Los Angeles. Like any decent, economically disadvantaged individual, he reacts with outrage and anger.
Indeed, were it not for the bloodshed, his story could be called "The Real Revenge of the Nerds." When he abandons his car in a freeway traffic snarl, Foster is the picture  — one might even say the stereotype — of suburban conservatism.
"Bad guys" don't wear glasses, ties or their hair in grown-out crew cuts. Foster, dressed in the classic K-Mart ensemble of white shirt with pocket protector and polyester slacks, is just another citizen off in search of his American dream.
The operative word here is "off." As written by Ebbe Roe Smith, his story is a wry, satirical remake of Rambo, this time with a middle-class Reagan Democrat as the victim-villain.
Perhaps actor Douglas is making amends for the "greed is good" philosophy endorsed by Gordon Gekko, the vile character he played in Oliver Stone's Wall Street (1987). As Foster, he's in Charles (Death Wish) Bronson territory, an armed and angry man who acts out his resentment with calm violence.
Though he sounds rational, Foster has flipped out. The tragedy is that he doesn't know it. Nor does he realize that there is a thoroughly decent cop closing in on him.
Giving director Joel (The Lost Boys) Schumacher's picture its dramatic weight is the parallel tale of Det.-Sgt. Martin Prendergast (Robert Duvall, giving his all in the film's most demanding role). He's the only one in his squad room who sees the pattern in several apparently random incidents of downtown violence.
A kinder, gentler sort of cop, Prendergast doesn't fit into the rough and raunchy police culture. He's opted for early retirement and, though it's his last day, he insists on doing his job right to the end.
Doing his job with sharp, unsubtle flair is director Schumacher. As if to make amends for the sloppy, neo-Gothic Dying Young (1991), he returns here to the action-suspense genre, where his ability to mix wit and social commentary works for all audiences.
Mayhem fanciers will have no difficulty getting with anti-hero Foster. Though certainly not endorsing his violence, Falling Down presents death in the tradition of black comedy — nobody dies who doesn't really deserve it.
Film-goers looking for deeper meaning will find it in Schumacher's swift, sure delineation of the story's many troubled relationships. Difficulties between husbands and wives, management and labour, citizen and society are all suggested with a bumper sticker incisiveness.
An effective story of two men who just want to go home, Falling Down offers a bit of fine madness for just about everyone.

Afterword: Taking Joel Schumacher seriously took some time. His first three theatrical features —1981's The Incredible Shrinking Woman; D.C. Cab (1983); and St. Elmo's Fire (1985) — were far from being winners. Then came 1987's The Lost Boys, which was something new in vampire movies, and Cousins, a brilliant adaptation of a French romantic comedy, filmed on location in Vancouver in the summer of 1988. I met Schumacher when the latter film premiered here, and found him an easy-going, thoroughly likeable film artist. Dying Young, the 1991 Julia Roberts vehicle mentioned in the above review, was a disappointment, but Falling Down caught the post-Reagan malaise perfectly, making me look forward to just about anything he chose to direct. His two John Grisham adaptations — 1994's The Client and Time to Kill (1996) — were well worth seeing; his Batman Forever  (1995) and Batman and Robin (1997), not so much. In 2004, Schumacher had a popular success with his adaptation of Andrew Lloyd Webber's The Phantom of the Opera.