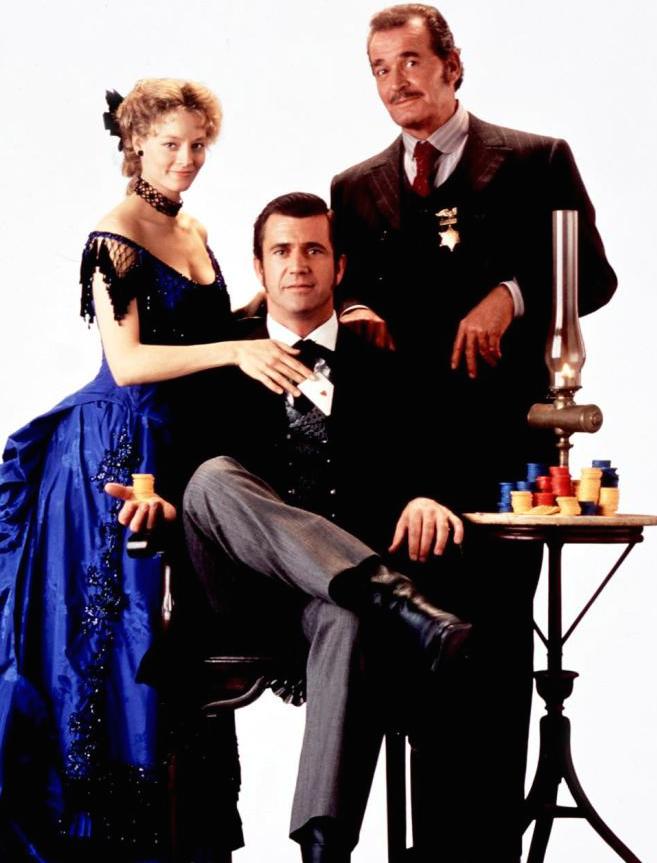 
Revisiting a legend of the West


Video killed the range riders. It was a slow death, nearly 20 years in the making, but it was probably inevitable. In his 2008 book The Psychology of the Western, film scholar William Indick noted that “during its heyday in the 1950s, the number of western films produced outnumbered all other genres combined.” Check out the more than 200 features released in 2017; just four are Westerns. (Included are a remake of The Magnificent Seven, a “neo-western” called Hell or High Water as well as Jane Got a Gun and Diablo.) Blame TV for exhausting the public’s taste for the genre. In 1959, TV Westerns were everywhere, with 26 oaters airing during prime time. Soon, though, a new generation of filmmakers were at work reshaping the popular culture, and the best of them had no interest in dusters. Francis Ford Coppola, who was born on this day (April 7) in 1939, Martin Scorsese, Steven Spielberg and George Lucas all forged successful directorial careers without ever once calling “action” on a cowboy movie. Their colleague Stanley Kubrick offered a glimpse of the cinematic future with his 1968 foray into science fiction, 2001: A Space Odyssey. Nostalgia being what it is, there remains a powerful urge among some cinematic creators to return to those thrilling days of yesteryear. Perhaps that’s why James Garner, who was born on this day (April 7) in 1928, agreed to appear in director Richard Donner’s 1994 homage to Garner’s 1950’s TV character, Maverick.

Friday, May 20, 1994.
MAVERICK. Written by William Goldman. Based on characters created by Roy Huggins for the ABC-TV series Maverick (1957-1962). Music by Randy Newman. Co-produced and directed by Richard Donner. Running time: 125 minutes. Mature with the B.C. Classifier’s warning: occasional violence, suggestive scenes and coarse language. AS MY OLD PAPPY used to say, if you can’t have fun with it, then you shouldn’t go messin’ with the kitchenware.
Pappy did tend to ramble a bit in his later years and, if you want to know the truth, not everything he said made a whole lot of sense. But he was a true man of the West, born and bred, and he did know more about Western movies than any six of your college course experts.
I know he’d get a big ol’ hoot out of Maverick, director Richard (Lethal Weapon series) Donner's return to yesteryear. It rambles a lot, but remains true to the spirit of the original, so that’s all right ‘cause it’s almost always fun.
Let me tell you, that original was one heck of a model. Back in the fall of 1957, when it seemed as if every second show on television was a Western, the arrival of the “tall dark stranger there / Maverick is the name,” hardly seemed like an event.
By the end of the season, though, frontier gambler Bret Maverick had emerged as the joker in the deck. As played by the genial James Garner, he was not just a hero but a heckler, the star of a show that cheerfully parodied every other Western in sight.
Maverick, the movie, establishes its satirical tone from the opening shot. In close-up, through a shimmering heat-haze, we see nasty eyes set in sweaty, Mediterranean faces.
Their attention is fixed on a man with his neck in a noose, a man we recognize as our hero because he’s played by Mel Gibson. It’s a typical spaghetti Western moment.
“It had been a shitty week for me from the beginning,” Bret Maverick tells us in voice-over narration. “My luck had to change fast,” he says, at which point we flash back to the events leading up to his present dilemma.
You’ve got to know that Dick Donner didn't make this movie for my old pappy. An action director with a solid sense of humour, he's built the Wayne’s World of Westerns.
That means using duster pop culture to take the mickey out of the genre. It also means that screenwriter William (Butch Cassidy and the Sundance Kid) Goldman assembles his tale in episodes, each one with a different comic target and tone.
There’s a terrific moment when, following a night of flirtatious poker-playing with professional card sharp Annabelle Bransford (Jodie Foster), Maverick catches up to her on a ferry. He's in some agitation about her treatment of his “lucky shirt.”
“Remove your hands from the lady,” says a tall dark stranger, stepping into the picture. It’s none other than the original Bret, James Garner, here playing courtly, mildly mysterious Marshal Zane Cooper.
Just as welcome to the proceedings is the arrival sometime later of native Indian actor Graham Greene. As Chief Joseph, he’s an old friend of our hero, a wilderness sophisticate working his own Dances With Wolves scam on a credulous Russian archduke (Paul L. Smith).
Less broad than Mel Brooks, Donner and company show understanding and genuine respect for the enduring mythology of the Western. They combine its kitchenware with the trendy new recipe that involves endless in-jokes, surprise appearances by unbilled guest performers, and a surprise ending that, I gotta tell you, surprises no one.
Together, they cook up a dish to the taste of a generation that never knew Bret, Bart or their cousin Beau. My old pappy would enjoy it too.

Afterword: Anyone with a memory of James Garner’s Bret Maverick character knew that every episode involved him recalling the sage advice of his father, Beauregard “Pappy” Maverick. Among his favourite “pappy-isms” was “he who plays and runs away, lives to play another day.” Among the things that my own pappy taught me was not to spoil a movie for others, a bit of wisdom I mostly adhered to during my critical career. In the above review, I kept to the letter of the law but used those references to “pappy” to hint at the picture’s not-so-surprising surprise ending — the “real” identity of Garner’s Zane Cooper character.
Oklahoma-born James Garner became a star playing the title role on ABC-TV's five-season Western comedy series, Maverick (1957-1962), a character he reprised for a single season in the 1980s (Bret Maverick; 1981-1982). In the 1970s, viewers got to know him as Jim Rockford, a 20th-century Maverick who made his living as a private investigator in Los Angeles. The Rockford Files ran for six seasons (1974-1980), and he returned to the character in the 1990s for eight made-for-TV “reunion” movies. He also appeared in more than 50 feature films, including a wonderful comic turn as Matt Douglas, a former U.S. president on the run with his old adversary, former president Russell Kramer (Jack Lemmon), in director Peter Segal’s biting political satire My Fellow Americans (1996).
The Maverick feature was the first (and only) time that Richard Donner worked with Garner. The veteran director was considerably more familiar with the picture’s star Mel Gibson, with whom he’d made three Lethal Weapon cop comedies (1987, 1989, 1992). They worked together twice more, in 1997 (Conspiracy Theory) and 1998 (Lethal Weapon 4). Gibson, who made his own directorial debut a year earlier (with 1993’s The Man Without a Face), has helmed five distinctive feature films to date. He won an Academy Award for his 1995 Scottish independence adventure, Braveheart, and was an Oscar nominee earlier this year for Hacksaw Ridge (2016). Gibson demonstrated his own fierce independence with 2004’s The Passion of the Christ, a foreign-language feature spoken in Aramaic, Latin and Hebrew, and 2006’s Apocalypto, a Central American historical drama spoken in Mayan.
While we’re on the subject of actors-turned-directors, Maverick co-star Jodie Foster made her transition in 1991, with the domestic drama Little Man Tate. A year after Maverick, she directed the seasonal comedy Home for the Holidays, and in 2011 cast her Maverick poker partner Mel Gibson in the tough-love drama The Beaver.  In 2016, Foster added the crime thriller Money Monster, with George Clooney and Julia Roberts, to the list of her feature film directing credits.