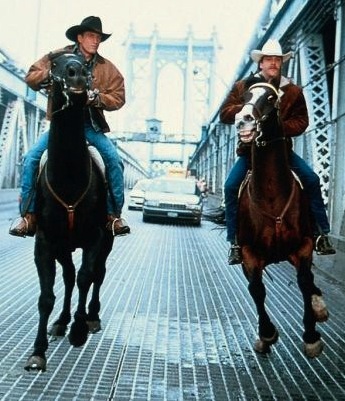 
The doctor is in. Or, more precisely, he is in touch with the times. The recipient of a 2008 honorary degree from Toronto's York University (recognizing his work as an environmental activist), actor Woody Harrelson is an outspoken advocate of all things green. Since becoming an A-list movie star, he's used his celebrity to promote a host of socially progressive causes, among them wilderness conservation, alternative fuels and the work of UNICEF. Last month, the man who first gained fame as the genial, if dim, TV barkeep Woody Boyd (during eight seasons of Cheers; 1985-93) opened a Culver City bistro called Sage, billed as the world’s first organic vegan beer garden. An ethical vegan since the 1980s, Harrelson eschews meat and dairy products, as well as sugar and flour — public stands that have made him a hero to PETA (People for the Ethical Treatment of Animals). Harrelson is probably best known, though, for his leadership in the campaign to legalize marijuana. In 1999, he narrated Canadian director Ron Mann's documentary feature Grass, a critical examination of the U.S. government's pot policy. Born on this day (July 23) in 1961, Woody Harrelson has shown himself to be much more than the fun-loving rowdy that he played in 1994's The Cowboy Way.

Friday, June 3, 1994.
THE COWBOY WAY. Written by Bill Wittliff, based on a story by Wittliff and Rob Thompson. Music by David Newman. Directed by Gregg Champion. Running time: 102 minutes. Mature entertainment with the B.C. Classifier's warning: occasional very coarse language, nudity and swearing. IT'S KIND OF LIKE a kids' picture.
Good guys Sonny Gilstrap (Kiefer Sutherland) and Pepper Lewis (Woody Harrelson) are riding, roping rodeo champions.
Bad guy John Stark (Dylan McDermott) cheats, steals, hangs out in a saloon and is discourteous to women.
It plays like a 1940s Saturday matinee western. But for Harrelson's bare-bottom hat trick, The Cowboy Way is the sort of film that we used to call "a juvenile."
Screenwriter Bill (The Black Stallion) Wittliff has the formula down pat. He gives us simple characters and a really basic conflict.
Stark is a modern slave trader. His organization smuggles Latinos into the country, then makes them work off their travel "debts" in sweatshop factories.
Sonny and Pepper get involved when their hard-working friend Nacho Sanchez (Joaquin Martinez) disappears. It turns out that the elderly Cuban, having paid Stark $5,000 to bring his daughter Teresa (Cara Buono) to America, was being pressured for even more money.
The plot features a murder and a lady in distress. Working it through "the cowboy way" means lots of unsubtle comedy and bracing physical action.
Our heroes are introduced as lifelong buddies currently on the outs. As Sonny, the serious one, actor Sutherland trades upon a resemblance to the classic Marlboro Man.
As rowdyman Pepper, Harrelson makes much of his resemblance to Curly Howard, the middle Stooge. "If it's got hair on it, I can ride it," he boasts. "If it's got a beat, I can dance to it."
Though they seem to have little in common, Sonny and Pepper are the New Mexico team roping champions.
Since the Sharp gang is located in downtown New York, their story involves a lot of Crocodile Dundee-like culture shock. Camping out in Central Park, the boys find a friend and ally in Sam Shaw (Ernie Hudson), an NYPD mounted patrol officer, and would-be cowboy.
One look at city women convinces the extroverted Pepper that he'd rather be an urban cowboy. Sonny, meanwhile, does what a man's got to do.
Putting them through it with reasonable efficiency is Gregg Champion. The son of 1950s dancers Marge and Gower, Champion won his directorial spurs heading up the second (or action) unit on such John Badham features as Blue Thunder (1983), Short Circuit  (1986) and the filmed-in-Vancouver Stakeout (1987).
Here, his job is to paper over the parts of the story that just don't make sense with old-fashioned thrills and laughter. Just think of Sonny as Gene Autry without the singing.
Then, of course, you have to think of Pepper as Pat Buttram, without his pants. Which brings us back to Harrelson's no-hands hat trick, a special effect that you may not want to explain to the kids.

Afterword: Woody Harrelson built his career playing classic good ol' boy roles, much like Pepper Lewis in 1994's The Cowboy Way. That changed just three months later, with the release of Oliver Stone's violent Natural Born Killers, the always controversial director's highly stylized 1994 meditation on the media's glorification of mass murderers. After playing thrill killer Mickey Knox, Harrelson was now an actor to be taken seriously, and director Milos Forman did just that, casting him as the title character in The People vs. Larry Flynt (1996). As the Kentucky-born Flynt, he was the not-so-simple country boy who published Hustler magazine, and won a landmark free-speech ruling from the U.S. Supreme Court. The performance earned Harrelson a best actor Oscar nomination. An actor who appears in two to four features a year, Harrelson now has a continuing role in The Hunger Games films, playing former games champion Haymitch Abernathy. Seen in the first two (2012, 2013), his character will be back in features scheduled for release in November 2014 and 2015.