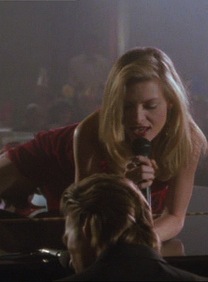 
It's New Year's Eve (Dec. 31), that not-quite holiday when we look back on the previous 12 months. A year may be remembered for many things. Reeling Back will recall 2013 as the Year of the Abdication. Queen Beatrix of the Netherlands set the tone in January, announcing that she would end her 33-year reign on April 30, handing the Dutch throne over to her son, Prince Willem-Alexander. Pope Benedict XVI made his announcement on February 11, resigning 17 days later. The resulting Papal Conclave, held in March, elected the Roman Catholic Church's first Pope Francis. In July, Belgium's King Albert II told his people that his son, Prince Philippe, Duke of Brabant, would be their king after July 21. In June, the focus shifted to the Gulf state of Qatar. There the emir, Sheik Hamad bin Khalifa al-Thani, a monarch who had come to power 18 years earlier in a bloodless coup, abdicated in favour of his son, Sheikh Tamim bin Hamad Al Thani, who took the reins of power on June 23. Among the retiring emir's accomplishments was the creation of Al Jazeera, the influential satellite television news network. To smooth the change of subject, from the passing of power to the passing of the year, we have one of the best New Year's Eve movies ever, The Fabulous Baker Boys.

Friday, October 13, 1989
THE FABULOUS BAKER BOYS. Music by Dave Grusin. Written and directed by Steve Kloves. Running time: 114 minutes. 14 Years Limited Admission with the B.C. Classifier's warning: some very coarse language, suggestive language and suggestive scenes. JACK BAKER (JEFF BRIDGES) has heart. Though he hides it beneath a well-worn cloak of indifference, it shows through in his music: the feeling, personal jazz that he plays just for himself in the wee, small hours of the morning.
Frank Baker (Beau Bridges) is the brain. Four years older than Jack, he manages their finances and their act, arranging bookings, choosing repertoire and generally organizing their working lives.
Professionally, they're The Fabulous Baker Boys, the dual piano-playing lounge performers who provide familiar musical moods for your listening pleasure. Despite their co-ordinated sound, they seem utterly unalike.
"lt's hard to figure you and egghead as brothers," singer Susie Diamond (Michelle Pfeiffer) tells cool, urbane Jack.
But, of course, they are. According to writer-director Steve Kloves's finely-tuned screenplay, the Bakers started playing together as children 31 years ago. They've been a stage duo for 15 of those years.
Kloves's picture has heart. Set in Seattle, his off-Hollywood backstage drama offers an affectionate if unsentimental look at a pair of "blue-collar entertainers.'' Working day-in and day-out, the Bakers manage to eke out a living on the fringes of show business.
Nor does his first-time feature director lack for brains. If his subject is short on glamour points, his casting catches our eye.
The Fabulous Baker Boys is the first professional pairing of brothers Jeff and Beau Bridges. The sons of actor Lloyd Bridges, they followed their dad into the family business, establishing strong, individual careers.
Jeff, the brash one, is 39. Cast in conventional leading man roles, he usually gets the girl and, on three occasions, got the Oscar nomination — for The Last Picture Show (1971), Thunderbolt and Lightfoot (1974) and  Starman (1984).
Beau, the soulful one, is 47.  After playing a succession of 1960s naifs, he settled into a career of sober supporting roles — loyal husbands, best friends and, occasionally, a heel.
Thrust between them is the red hot Michelle Pfeiffer. Last year, the California-born beauty established her bona fides  as an actress, making strong impressions in three very different features (Married to the Mob, Tequila Sunrise and Dangerous Liaisons). In the process, she picked up her first Oscar nomination.
Here, she adds "singer" to her resume. As Susie Diamond, she can not only carry a tune, but deliver it with torch blazing.
Hired to enliven the Bakers' pallid act, a selection of piano-bar standards, she raises the on-stage temperature with her own sensual interpretations. Remember "Makin' Whoopee!"?
The last memorable performance of that chestnut was in the 1952 musical I'll See You in My Dreams. The story of Tin Pan Alley lyricist Gus Kahn, the film starred Danny Thomas and Doris Day, who sang it as a novelty duet.
Pfeiffer turns it into a song of seduction. Irresistible in red velvet, she drapes herself across Jeff Bridges's shiny grand piano, shaping the lyrics into a New Year's Eve offer and a promise.
There's nothing standard about her effect on the act, or the men's working accord. "Let's not let a whiff of perfume blow off 15 years,'' domesticated Frank warns his brother.
A richly textured tale of long-term relationships and small-time dreams, Kloves's picture displays its star power to near perfection. His Fabulous Baker Boys is one class act.

Afterword: As a director, the Texas-born screenwriter Steve Kloves appears to have been a one-shot wonder. Though his debut feature picked up four Oscar nominations (including Best Actress and Best Music nominations for Michelle Pfeiffer and Dave Grusin), Kloves gave up directing after just one more feature, the dark mystery-romance Flesh and Bone (1993). In time, he would learn that his debut work had acquired a big fan in Great Britain. Given the opportunity to write the screenplay for the first Harry Potter adaptation, Kloves met with author J.K. Rowling, who remembered the magic he'd made in the Northwest rainforest. He went on to script seven of the eight films in that money-making series. Most recently, he was part of the the writing team responsible for 2012's The Amazing Spider-Man.