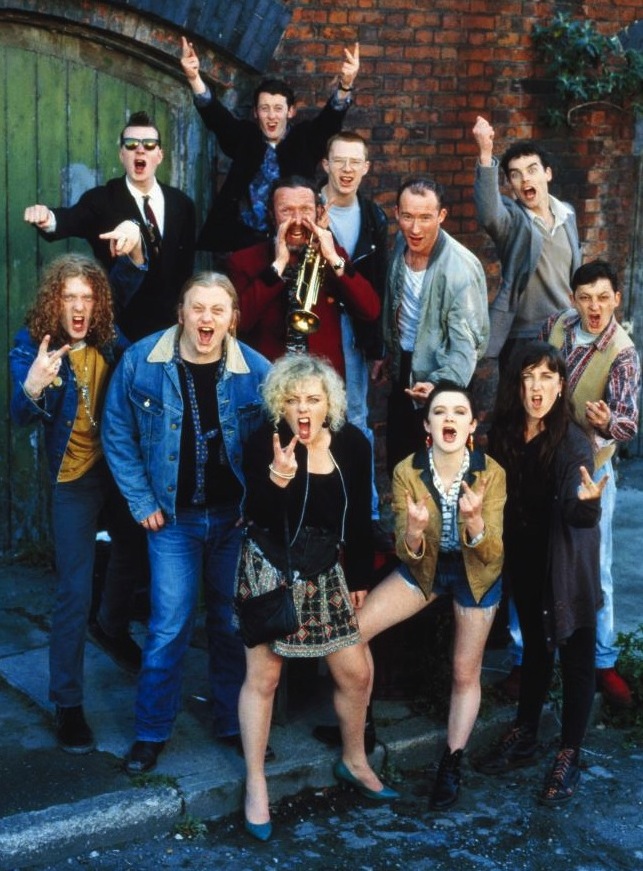 
Not the black Irish, but Irish as Blacks


The eve of St Patrick's — a day given over to green beer and Irish excess — brings to mind many things. Given how many Paddies have been blessed with a gift for the gab — Jonathan Swift, Oscar Wilde, James Joyce, George Bernard Shaw — it seems almost perverse to focus on one with a speech impediment. And yet, it was on this day (March 16) in 1918 that Chatham, Ontario-born composer Geoffrey O'Hara published his greatest hit, "K-K-K-Katy." Promoted as "The Sensational Stammering Song Success Sung by the Soldiers," it's the tale of young Jimmy, who stutters when he tries to speak to his beloved. K-K-K-Katy, beautiful Katy, / You're the only g-g-g-girl that I adore, he manages to sing. When the m-m-m-moon shines, / Over the cowshed, / I'll be waiting at the k-k-k-kitchen door. It's easy to imagine that O'Hara's novelty ballad was inspired by a pretty Irish colleen, and that after a pint or three of Guinness, stammering would come quite naturally to a lovesick soldier. Though the typical St. Pat's playlist seems to require the kind of harp, fiddle and penny-whistle music common to a ceilidh, as well as a smattering of McNamara's Band-friendly pop tunes, we can thank novelist Roddy Doyle for introducing us to "Dublin Soul." We can further thank director Alan Parker for bringing it to life in his great Irish movie, The Commitments (1991).

NEWSPAPER ADVERTISING WORKS. Jimmy Rabbitte (Robert Arkins) certainly gets his money's worth from the above four-line notice in a Dublin daily.
Rabbitte, a hustling, would-be band manager, has it all figured out. "The Irish are the blacks of Europe, and Dubliners are the blacks of Ireland."
He argues that a modern Northside band "should speak the language of the streets. (Its music) should be about struggle and sex."
In short, soul. "We're gonna play Dublin soul."
Much to his parents' surprise, Rabbitte's tiny ad has half the city's buskers, bongers and would-be bandsmen lined up at their door.
Director Alan Parker certainly gives film-goers their money's worth. The Commitments, adapted from Roddy Doyle's 1987 comic novel, delivers a robust blend of irresistible characters, cross-cultural social insights and desperate musical ambition.
Indeed, his picture succeeds almost in spite of its material. Its storyline — poor kids see music as their Big Chance to make it out of the ghetto — has become a Hollywood cliche.
Parker, blessed with real understanding, sees past the formula to the rich, raw archetype. Success, we'll see, is made up not only of vision but of timing, some luck and a lot of commitment.
Rabbitte has the vision. As he explains to his group, "the rhythm of soul is the rhythm of ride (sex)."
Commitment comes in the form of Joey "The Lips" Fagan (Johnny Murphy), a session man old enough to be Rabbitte's father. A trumpet player who claims to have jammed with all of the blues greats, Fagan gives the band its sense of mission.
"The Lord," Fagan says, guided him to Rabbitte to deliver a message. "He said the Irish brothers wouldn't be shooting the asses off one another if they had some soul."
With a combination of spacey evangelism and knowing sex education, the old pro turns the seven-man, three-woman group into a working rhythm-and-blues band. He is Parker's most obvious symbol of the complex mixture of motives at the foundation of any collective enterprise.
Parker, a sharp-eyed social observer, specializes in putting a human face on big themes. His recent features — 1987's Angel Heart, Mississippi Burning (1988) and Come See the Paradise (1990) — have all been serious period dramas.
With The Commitments, he lightens up a little, delivering a cheeky, coarsely poetic look at contemporary youth, and their search for meaning. Rabbitte knows his mates. "You're working class, right?"
"We would be," says lead guitarist Outspan Foster (Glen Hansard), "if there was any work."
Parker arrived in Dublin with plenty of work for the city's performers. Together with a cast of exciting, energetic unknowns, he's created one of the best backstage musicals ever.

Afterword: Roddy Doyle set down the Rabbitte family saga in a series of books he called The Barrytown Trilogy. After the success of The Commitments, his second and third books were adapted for the screen. Stylishly directed by Stephen Frears, both The Snapper (1990) and The Van (1996) starred Colm Meaney, who was featured as Jimmy Rabbitte Sr. in The Commitments. Last year, Doyle returned to Barrytown in a novel titled The Guts that picks up the story of The Commitments 30 years later. In September 2013, he adapted his original story to the stage, and The Commitments took to the boards at London's Palace Theatre. A success, the musical is set to run until at least September 14, 2014.