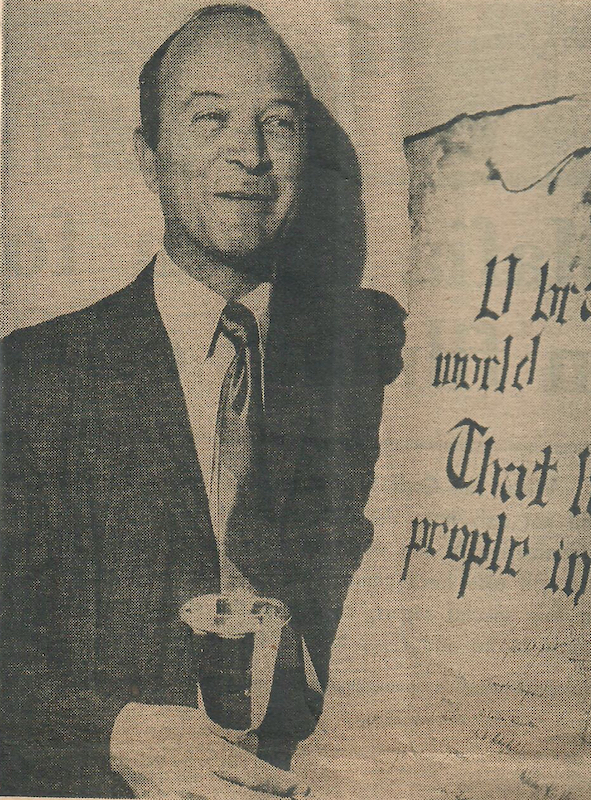 On an historic occasion


Toasting the vision of Rudie Habenicht


“So, good night unto you all.” Tonight (September 24), the words of Puck (played by actress Sarah Roa) will bring A Midsummer Night’s Dream, as well as the 2022 season of the Bard on the Beach Festival, to an end. Founded in 1990, the summertime celebration of Shakespeare was much missed during a two-year hiatus brought about by the COVID-19 pandemic. Yet again, I am reminded of the special place Stratford-on-Avon’s favourite son has had in my Vancouver memories since 1971. That year, for eight amazing days, the city played host to the first World Shakespeare Congress, the midsummer dream of Simon Fraser University professor Rudolph Habenicht. Recognizing its importance, The Province offered daily coverage of the proceedings, recalled in this ten-feature Reeling Back package. My reporting of the event concluded with this WSC Summary feature. It includes my coverage of its immediate aftermath, participant reactions and the tributes paid to its founding director.

The above is a restored version of a Province Spotlight Magazine feature by Michael Walsh originally published in 1971. For additional information on this archived material, please visit my FAQ.

Afterword:  Born in Boston in 1925, Rudolph Everett Habenicht joined the SFU faculty in 1966, just a year after the mountaintop university’s 1965 founding. His resumé included wartime service in the U.S. Navy, a masters degree from Columbia University, a Ph.D. from Oxford University’s Merton College and eight years as professor teaching at the University of Southern California. He was 47 when he realized his vision of a World Shakespeare Congress, 55 when he retired from SFU, and 82 when he died at his home in Sequim, Washington.