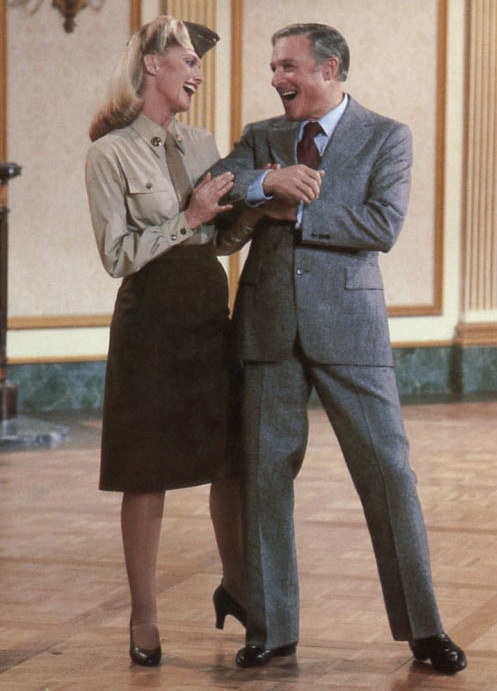 One for the X-files


Mysterious misfire from a decent director


Robert Greenwald is one of the good guys. His work stands with that of such activist documentarians as Michael Moore and the Canadian team of Mark Achbar and Joel Bakan. Born on this day (August 28) in 1945, Greenwald has been making politically-themed films for 40 years. A native New Yorker, he was a stage director before moving into television, where his early work combined sensationalism with social content. His 1984 TV movie, The Burning Bed, highlighted the issue of domestic violence and introduced Farrah Fawcett as a serious actress. Drawn from history and headline events, almost all of Greenwald's entertainment pictures left audiences with something to think about. In 2000, to take just one example, his feature Steal This Movie told the story of Abbie Hoffman and the revolutionary youth of the 1960s. Since 2002, his investigative documentaries have relentlessly exposed the misdeeds of government and corporate icons such as Wal-Mart, right-wing publisher Rupert Murdoch and the billionaire Koch Brothers. And then there was Xanadu. The 1980 movie that inspired the creation of the Golden Raspberry Awards — the Razzies, the anti-Oscars awarded annually for the worst in film — it was Greenwald's debut as a feature film director. It's also the picture that proves that nobody's perfect.

Tuesday, August 18, 1980.
XANADU. Written by Richard Christian Danus and Marc Reid Rubel. Musical scoring by Barry DeVorzon. Directed by Robert Greenwald. Running time: 93 minutes. General entertainment with the B.C. Classifier's warning: occasional coarse language. "THEY MAKE MUSICALS DIFFERENTLY today," Gene Kelly said during an interview on the set of the film Xanadu. "They do a lot less, it costs a lot more, and it also takes about twice as long."
Kelly didn't mean to be critical. He was actively promoting Xanadu, the first feature film in which he's acted in more than seven years.
In retrospect, though, his words were a warning. In Xanadu, there is more budget and less talent on display than in a Kelly-era programmer.
Xanadu is a visual effects show, a picture that attempts to wed the upbeat spirit of the late 1940s with the me-conscious ideals of the late 1970s. Its plotline recalls the Hollywood-and-heaven fantasies spawned by the war years.
Danny McGuire (Kelly), once a musician with the Glenn Miller Band, has spent the past 35 years running the family construction business. Sonny Malone (Michael Beck), a would-be artist, earns his living as a billboard painter.
One morning, a discouraged and despairing Sonny flings the pieces of a picture from his window. An updraft catches them, and they waft over the rooftops and chimney pots of Los Angeles.
Sonny is in for even greater disappointments. In his heart, he seems to be calling out for Julie Andrews. What he gets is Olivia Newton-John.
Newton-John, last seen opposite John Travolta in the quite awful Grease (1978), plays Kira (aka Terpsichore), a daughter of Zeus, goddess in her own right and one of the nine muses. Her purpose is to inspire artists, and propel them on to greatness.
Once upon a time there were screenwriters, composers, lyricists, actors, dancers and directors who could turn such inconsequential fluff into screen magic. None could be found, though, to work on Xanadu.
Director Robert Greenwald came to the project with three sex-angled made-for-TV movies to his credit. Despite their lurid titles, Sharon: Portrait of a Mistress (1977), Katie: Portrait of a Centrefold (1978) and Flatbed Annie & Sweetiepie: Lady Truckers (1979) all contained a soupcon of feminism.
Xanadu, his debut theatrical feature, is his first shot at a musical. Like Randal Kleiser, the rookie director responsible for Grease, Greenwald shows absolutely no aptitude for the all-singing, all-dancing genre.
He's not the only one. Script typists Richard Christian Danus and Marc Reid Rubel, with no previous big screen credits, have cobbled together a weak and witless screenplay. The film's ten songs (tunesmiths John Farrar and Jeff Lynne contributed five each) may add up to an album, but they're bland, unmemorable and, because they lack strong melodies, completely unsuited to the needs of a musical motion picture.
Given these liabilities, only a genuine superstar could make Xanadu work. What we're offered is Olivia Newton-John.
A pop singer, the British-born, Australian-raised Newton-John has no discernible talent as either an actor or a dancer. She is not glamourous, distractingly attractive or particularly well proportioned.
Her shortcomings are painfully apparent in a brief dance number with Kelly. The genial old trouper confines himself to a few simple steps. He is 67 years old, after all.
Newton-John confines herself to the same steps. In her case, though, it's inability, not age showing. In another scene, one that forces a comparison with Betty Grable, N-J shows off a pair of thick-ankled, fat-calved legs, the sort of support structure that would never have made it past the studio gate in the fantasy-conscious 1940s.
Her co-star is Michael Beck, cast as the young artist destined to be loved by a goddess. In the 1940s, a movie character so blessed would be portrayed as a super-nice guy.
Beck, being touted as a "hot and hunky romantic lead," comes across as surly, scruffy and screwed-up, the sort of fellow to avoid in bars. "Inspired" by muse Kira, Sonny encourages Danny to bankroll Xanadu, a combination nightclub/roller rink decorated in an uneasy blend of art deco and contemporary cocaine chic.
It all looks too much like the product of a Hollywood high. We all know that Samuel Taylor Coleridge, author of the lines "In Xanadu did Kubla Khan/A stately pleasure-dome decree," was both a poet and a doper.
Perhaps Xanadu is supposed to be a doper's movie.
If it is, the word may already be out on the street. Non-smokers, unfortunately, are likely to find Greenwald's pleasure dome an empty shell.

Afterword: Viewed in the fullness of time, my remarks about Olivia Newton-John's legs were unnecessarily nasty. She is, by all accounts, a nice person. As I recall, I was equally nasty in my review of her next feature, Two of a Kind (1983), in which she was reunited with John Travolta. In 1979, perhaps to compensate for her lack of any significant acting honours, Queen Elizabeth II awarded her an OBE (Officer of the Order of the British Empire) for her considerable charity work. Australia followed along in 2006, adding an AO (Officer of the Order of Australia) to her kudos. Philatelists with an interest in celebrity postal portraits treasure the 60¢ Australian stamp featuring Newton-John that was issued as part of that country's 2012 "Living Legends" commemorative series. Xanadu did not provide the Tennessee-born Michael Beck with the expected springboard to stardom. Co-starring roles in Battletruck, Megaforce (both 1982), Triumphs of a Man Called Horse and the shot-in-B.C. The Golden Seal (both 1983) are the highlights of his subsequent feature film career. Another apparently nice person, Beck's career has consisted of work in television movies and series episodes. Xanadu was Gene Kelly's farewell to feature film acting.