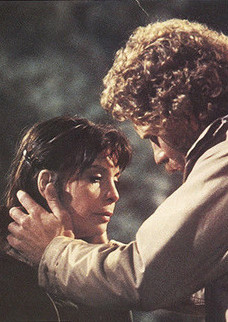 
A composer’s daughter and a director’s sister, Talia Coppola Shire chose acting as a career. Born on this day (April 25) in 1946, she’s appeared in some 50 big-screen films to date, among them director John Frankenheimer’s 1979 made-in-B.C. creature feature, Prophecy.

PROPHECY. Written by David Seltzer. Music by Leonard Rosenman. Directed by John Frankenheimer. Running time: 104 minutes. Restricted entertainment with the B.C. Classifier’s warning: frequent gory violence; may frighten young children.
MUM'S THE WORD. LAST summer [1978], Paramount Pictures employed an ex-CIA agent to keep the plot of Prophecy a deep, dark secret.
During the production phase, he busied himself with the administration of loyalty oaths, the issuing of photo-identification cards and the maintenance of his own sinister presence on the set. The producers were afraid that someone would steal all their bright ideas.
Friday, the picture arrived in town, opening at the Capitol 6, Paramount and Lougheed Drive-in. Given the final product, the studio would do well to maintain the secrecy.
After an expenditure of about $8 million (and the bother of embossing all those ID cards), Prophecy turns out to be a routine creature feature. The movie’s major menace looks like a pork roast gone wrong.
Though set in Maine, the picture was shot on location in Crofton, B.C.. Screenwriter David Seltzer attempted to work some trendy variations on the old something-nasty-in-the-woods theme.
The Indians in the movie use a word that sounds something like K’lahadah to describe it. "It's sort of a bigfoot," explains lumberman Bethel Isley (Richard Dysart), "only uglier."
Briefly, the film's setup goes like this: Robert Vern (Robert Foxworth), a dedicated young doctor who has been battling urban blight for the federal health service, is parachuted in by the Environmental Protection Agency.
Isley's employer, the Pinney Lumber Company, wants to expand its operation. Opposed to the expansion are the 'oh-pees’ (Original Peoples), a group of native militants. Vern's assignment is to prepare an environmental impact report.
With him is his wife, Maggie (Talia Shire). A concert cellist, she is afraid to tell her career-minded husband that she is pregnant. This, of course, will figure in the plot.
Dramatically speaking, the film’s best moment comes during the regulation “ah-HA!" scene. We see Dr. Vern stomping around their cabin, loudly piecing together the puzzle.
He's seen evidence of brain damage, stillbirths, genetic defects and monstrous mutations! The lumber mill uses mercury in its process, leaving waste in the water that is eaten by the fish that are eaten by the local Indians!
Last night, Maggie cooked a freshly caught fish for dinner. Unbeknownst to her husband, Maggie is reacting to his emphatic pronouncements about how fast the mutagen passes through the placenta. We know why she’s looking increasingly concerned as he rants on about mercury poisoning and — ah HA! — Minamata disease!
There’s also a bit of blather about native land claims, environmental responsibility and governmental insensitivity to Indian culture, but, like the pregnancy subplot, it’s all so much window dressing. It will all be forgotten the moment that the kill-crazed critter shows itself.
Writer Seltzer seems to have made no attempt to follow through with any of it. Director Frankenheimer (who's done better features) resigns himself to producing a job of work. In the end, his Prophecy is just another run-from-the-monster show.

Afterword: During a 2020 interview posted to the website Comingsoon.net, Talia Shire recalled starring in 1979’s Prophecy. “It was a piece that spoke to ecology, ecological issues,” she told interviewer Jeff Ames. “And we’re talking 40 years ago, but 40 years ago it was speaking to pollution and the consequences of pollution. No, it wasn’t a big success, but I think it’s also discovering an audience today.”
Shire, who turns 75 today, had two Oscar nominations to her credit when she made her first working visit to B.C. The younger sister of writer/director Francis Ford Coppola, she’d been a contender for the supporting actress award for playing mafia don’s daughter Connie Corleone in his 1974 feature The Godfather: Part II. Two years later, she was a best actress nominee for what became her most famous role, Adrian Pennino, the inspiration for a boxer named Rocky (1976). She’d return to Vancouver in 1985, faithfully standing by her man in Rocky IV, her penultimate appearance in the role.
In real life, the man Shire stood by in the 1980s was her second husband, movie producer Jack Schwartzman. He named his production company Taliafilm and, in 1985, they filmed back-to-back features in Calgary — Rad, director Hal Needham’s BMX bicycle-racing drama, and Hyper Sapien, a first-contact sci-fi film directed by Peter Hunt — both of which Shire executive-produced. Though Hunt’s film is mostly forgotten, Needham’s achieved something like cult status among sports fans and, but for the COVID-19 situation, there would be celebrations in Cochrane, Alberta to mark its 35th anniversary. In the meantime, Sylvester Stallone fans are bracing themselves for the promised release of Rocky vs. Drago, The Ultimate Director's Cut, an event timed to set the hearts of America’s aging cold warriors aflutter.