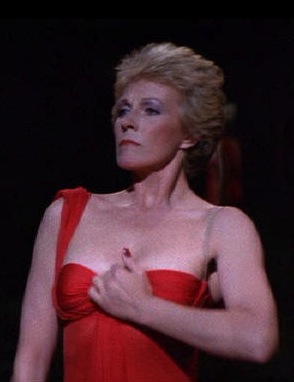 
The recent triumph of antidisestablishmentarianism in Scotland reminds us of the durability of English institutions, and brings to mind the supercalifragilisticexpialidociousness of Julie Andrews. She made an enduring impression with her debut screen performance, the title role in the 1964 Disney musical Mary Poppins, collecting the year's best actress Oscar for her performance. Andrews, born on this day (October 1) in 1935, had starred in the hit Broadway musical My Fair Lady, but she was passed over for the role of Eliza Doolittle in the 1964 movie adaptation. Walt Disney, having seen her as Guinevere in Camelot, insisted that she play his "practically perfect in every way" magic nanny. Though My Fair Lady was nominated for 12 Oscars, best actress was not among them. Mary Poppins had 13 nominations, and the voters honoured Andrews with the win. Demonstrating that she was no one-hit wonder, Andrews went on to star in Arthur Hiller's classic 1964 anti-war drama The Americanization of Emily, and the all-time top-grossing musical, The Sound of Music (1965). During the making of the Mata Hari musical Darling Lili (1970), she met and married writer-director Blake Edwards. Thereafter, she appeared in six of his pictures, collecting an Oscar nomination for the title role(s) in his Victor Victoria (1982). Today, Reeling Back recalls their oddest collaboration, 1981's S.O.B..

Monday, July 6, 1981.
S.O.B. Music by Henry Mancini. Written and directed by Blake Edwards. Running time: 112 minutes. Restricted entertainment with the B.C. Classifier's warning: frequent coarse language, some suggestive scenes. HOW CURIOUS. IN AN effort to get some things off his chest, filmmaker Blake Edwards directed his actress-wife to tear the bra off hers.
If the idea of Julie Andrews topless on the big theatre screen seems somehow blasphemous, blame Blake.  As the writer, producer and director of S.O.B. (translated in dialogue as "standard operational bullshit"), Edwards must take full responsibility for the most shockingly tasteless scene currently on view in a Vancouver theatre.
This, we are told, is the picture that he's wanted to make ever since his $22-million Darling Lili (1970) left the Paramount books awash with red ink. This is the story of producer Felix Farmer (Richard Mulligan), a man who has just made a multi-million-dollar flop.
"Farmer's Turkey Lays Egg" says the Variety headline. As the despondent artist contemplates suicide, his actress wife Sally Miles (Andrews) considers filing for divorce.
Sally, the star of Farmer's ill-fated feature, has for years been the screen's foremost family-film star. She sings. She dances. She once won an Oscar for playing that famous flying Briton (wink, wink, nudge, nudge), Peter Pan.
(Shame on you if you guessed Mary Poppins. Surely the man wouldn't exploit his wife's reputation in such a shameless manner!)
After some tediously unfunny attempts at suicide, Farmer has a sudden inspiration. He'll reshoot his film as an adult extravaganza.
He'll show the world his Sally, Hollywood's "symbol of sweetness, sinlessness and sobriety in an X-rated nude scene."
Since this is supposed to be a biting satire, Edwards is merciless in his characterizations. Studio boss David Blackman (Robert Vaughn) is a ruthless philistine, who spends his spare time wearing his girlfriend's underwear.
Gossip columnist Polly Reed (Loretta Swit) is as offensive as she is unprincipled. Even Farmer's friends, film colony physician Irving Finegarten (Robert Preston), and a film cutter named Cully (William Holden), are little more than colourful hangers-on. All live lives of "dedicated debauchery."
For some reason, it all seems quite out of tune with the times. Its utter mean-mindedness would have been more effective had it appeared in 1970, at around the time that 20th Century-Fox was releasing such tasteless sensations as Myra Breckinridge and Beyond the Valley of the Dolls.
Today, it looks like something produced by a man short on inspiration, who is feeding off his own resentments. He seems less interested in generating laughs than in settling old scores. With nothing new to say,  S.O.B. ends up being pointless.
*    *    *
BLAKE EDWARDS IS NOT the first director to ask an actress-wife to undress before his movie camera. "Love, honour and play nude scenes" seems to be implied in the basic film-industry marriage contract.
Just about every actress who is also a director's wife has performed just such a scene for her husband. Some recent examples that come to mind are:
*    Brigitte Bardot for Roger Vadim in And God Created Woman (1957).
*    Hayley Mills for Roy Boulting in The Family Way (1966).
*    Sharon Tate for Roman Polanski in The Fearless Vampire Killers (1967).
*    Jane Fonda for Roger Vadim in Barbarella (1968).
*    Genevieve Bujold for Paul Almond in Act of the Heart (1970).
*    Edy Williams for Russ Meyer in Beyond the Valley of the Dolls (1970).
*    Pia Shandel for Tom Shandel in Another Smith for Paradise (1972).
*    Sarah Miles for Robert Bolt in Lady Caroline Lamb (1972).
*    Nancy Allen for Brian De Palma in Dressed to Kill (1980).
The list grows even  longer if we add the names of actresses involved in marriage-like relationships with directors. Included are:
*    Geraldine Chaplin for Carlos Saura in Anna and the Wolves (1972).
*    Cybill Shepherd for Peter Bogdanovich in The Last Picture Show (1972).
*    Liv Ullman for Ingmar Bergman in Cries and Whispers (1972).
*    Carole Laure for Gilles Carle in La Tete de Normande St-Onge (1972).

Afterword: I did go off on a bit of a tangent at the end of my 1981 review of S.O.B., what with that list of husbands displaying their wives in public. In retrospect, it seems to have been in keeping with the feature's overall theme of the film industry as a crazy-making business. Goodness knows, Blake Edwards was a child of Hollywood, the stepson and step-grandson of filmmakers. During his four decades of writing, producing and directing movies, he had three major creative collaborations. The first one was loving, with Julie Andrews, his wife from 1969 until his death in 2010. A second one was contentious, with Peter Sellers, the star of six Pink Panther pictures, from the original in 1963 to the controversial Trail of the Pink Panther (1982), made after Sellers's 1980 death (using stand-ins and outtake footage). The longest one was musical, with composer Henry Mancini. They first worked together in 1958, on Edwards's television series Peter Gunn. Mancini went on to score 28 of Edwards's 38 feature films, earning Oscar wins for 1962's Breakfast at Tiffany's, The Days of Wine and Roses (1963) and Victor Victoria (1987). And, of course, Mancini composed the classic Pink Panther theme for his long-time friend.