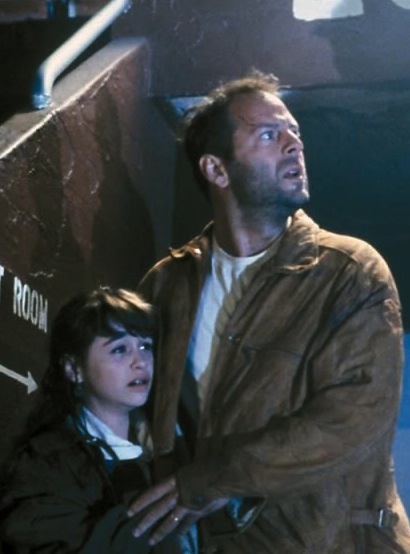 
Willis draws upon his inner Bogart


The oath is no laughing matter. "On my honour, I will do my best to do my duty to God and my country and to obey the Scout Law . . ." Founded on this day (Feb. 8) in 1910, the Boy Scouts of America took seriously the Scout Law set down by the international movement's founder, Britain's Lord Robert Baden-Powell: "A Scout is Trustworthy, Loyal, Helpful, Friendly, Courteous, Kind, Obedient, Cheerful, Thrifty, Brave, Clean and Reverent." The Boy Scout quickly became a masculine ideal, and an icon celebrated in Norman Rockwell paintings. Eventually, though, satirist Tom Lehrer weighed in with his own interpretation of the organization's famous motto. "Be prepared," he sang, "That's the Boy Scouts' solemn creed / Be prepared! / And be clean in word and deed. / Don't solicit for your sister, that's not nice / Unless you get a good percentage of her price." Whenever Lehrer performed his 1953 "marching song," he would point out that "I am not now and have never been . . . a member of the Boy Scouts of America." We don't know if actor Bruce Willis ever spoke the oath, but he gave Scouting's image an unexpected boost when he played the role of Joe Hallenbeck in 1991's The Last Boy Scout. Despite some serious reversals of fortune, he retains honour, and does his best to do his duty . . .

Friday, December 13, 1991.
THE LAST BOY SCOUT. Written by Shane Black, based on a story by Black and Greg Hicks. Music by Michael Kamen. Directed by Tony Scott. Running time: 105 minutes. Restricted entertainment with the B.C. Classifier's warning: "frequent violence, very coarse language, occasional nudity." JOSEPH CORNELIUS Hallenbeck (Bruce Willis) is having one of those mornings.
Slept in his car. Woke up with a dead rat on his chest. Went home to find a live one in his faithless wife's bedroom closet.
"Nobody likes you," the down, nearly defeated Los Angeles gumshoe tells himself. "Everybody hates you. You're gonna lose."
Across town, James Alexander Dix (Damon Wayans) is not doing any better. Jobless. Pain-killers for breakfast. Liquor for lunch.
"All I do these days is lose friends, drink and nail anything with a heartbeat," whines the self-pitying former football star.
Hail the heroes. In The Last Boy Scout, British-born director Tony Scott takes a neo-noir shot at the results of Reagan's "morning in America."
Welcome back, Bruce. For the past year, actor Willis has been living Hallenbeck's "nobody loves me" mantra.
Everybody seems to have hated him in his starring vehicles Bonfire of the Vanities and Hudson Hawk. His supporting-role presence was little help to box office losers Mortal Thoughts and Billy Bathgate.
Under Scott's direction, though, Willis comes back like gangbusters. As Joe Hallenbeck, he is a Die Hard-like character at large in a Lethal Weapon plot.
At their best, urban thrillers offer a street-level reflection of the national mood. Tales of human extremity, they go to the heart of our basic beliefs and what most threatens them.
One of this year's best, The Last Boy Scout offers us a couple of guys who've withered in the shadows of their former selves. Once heroes, Hallenbeck and Dix now fight a daily, debilitating battle against their own rage and resentment.
Dix, who used to be "the best arm in the National League," is banned from the game for alleged drug abuse.
Hallenbeck, the Secret Service agent who saved the life of President Carter (look-alike actor Ed Beheler), lost his job for punching out less-than-upright California senator Calvin Baynard (Chelcie Ross).
Both are at the bottom and in despair. They meet on the night that professional killers gun down Dix's girlfriend, a topless dancer named Cory (Halle Berry). Together, they lift the lid on a whole lot of social and political corruption.
Screenwriter Shane Black, creator of Lethal Weapon, is right on target here. A fan of classic hard-boiled detective fiction, he delivers a double Rocky punch, setting up the story of two essentially decent, if disconnected, men struggling to preserve some personal dignity in a dirty world.
He packages it in an unstoppable action plot, a sharp, thrill-a-minute tale full of blazing guns, really bad bad guys, shocks, surprises and lots of things that blow up good. Scott, the director of such empty-hearted hits as Top Gun and Days of Thunder, finally manages to merge his considerable style with a modicum of substance.
It's still the same old story, though. Willis, at his best, is a modern Bogart. And he is at his best as Hallenbeck, the wisecracking tough guy who clings tenaciously to his ideals in the face of every betrayal.
Be prepared for smashing action entertainment.

Afterword: Although it's not mentioned in my review, I did notice that a father-daughter relationship was central to the story of The Last Boy Scout. As played by Danielle Harris, Darian Hallenbeck was more than another child-in-distress. A fully-developed character, she works with her dad to solve the detective's case. In 1991, there was an significant uptick in the number of movies that featured the dad/daughter connection as a core plot element, among them Class Action, in which Gene Hackman and Mary Eizabeth Mastrantonio played father-daughter lawyers on opposite sides in the courtroom. Throughout the 1990s, it became a trend, with comedies, dramas and action films all focusing on the complexities of the male/female inter-generational bond. To date, little serious attention has been paid to the theme, so it remains a subject for further research.