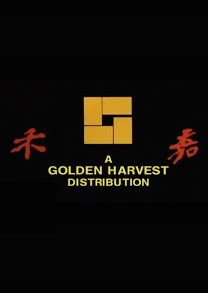 
Designated Chinese Language Day by the United Nations, today (April 20) is the right time to recall when Vancouver became the first city in North America to have cinemas representing both Hong Kong moviemaking giants: a Shaw Brothers and a Golden Harvest Theatre.

THE GUEST OF HONOUR’S microphone picked the most inopportune moment possible to short out. From the balcony, what Vancouver East’s Member of Parliament Arthur Lee said sounded like "I declare this theatre to be open.”
What Lee meant, of course, was “let the battle begin.” Friday, amid a forest of floral tributes, the Far East’s second-largest film empire established an outpost in Vancouver.
Raymond Chow’s Golden Harvest Theatre, now open on Main Street opposite the Public Safety Building on the northern edge of the city's Historic Chinatown, is the Hong Kong movie mogul’s first in North America.
Waiting to accept its challenge is the three-year-old Shaw Brothers Theatre. Less than a block away on Hastings, it represents South-East Asia’s No. 1 movie power.
Although their lively competition has been going on for at least five years, this is the first time the two empires have clashed on this side of the Pacific.
Promoting the family ties — and the current studio product — are a number of glossy fan magazines, produced by the studios and sold through the theatres. Golden Harvest patrons can pick up the monthly Golden Harvest News. Shaw fans have their choice of the Hong Kong Movie News or the more compact Southern Screen.
Until five years ago, the Shaw Brothers were virtually unchallenged in their control of the Far Eastern movie market. Then in 1969, Shaw’s publicity director Raymond Chow left the family-owned enterprise to found his own company, Golden Harvest.
In the process, he absorbed Shaw’s largest competitor, Hong Kong’s Cathay Films.
The Shaws' fortune has been estimated at between $200 million and one billion dollars US. Chow knew that he would have to run very hard even to maintain a respectable second place.
The big boost came when something called kung fu caught on in Europe, then spread to North America. Although Shaw had as many martial arts films in the market as Golden Harvest, Chow had an edge.
Through a combination of luck, timing and market savvy, he had a star: a quirky, appealing presence known as Bruce Lee. The now-legendary martial artist would make Chow's studio a solid contender.
Until three years ago, Vancouver had no continuing outlet for Chinese-language films. Prior to its re-emergence as the City Nights, the Avon Theatre showed films in the Cantonese dialect, but it was an aging auditorium with similarly elderly movies.
There was some question as to whether or not there really was a market for Chinese films here.
The Shaw Brothers decided that there was. In October 1971, they opened a new 705-seat theatre to play new Mandarin-dialect films, all of them shot in Shawscope and colour.
Every film comes complete with two sets of subtitles, one in English and one in Chinese (because, regardless of dialect, all Chinese read the same pictographic language).
With the opening of the Golden Harvest, a 729-seat theatre, the question now is whether Vancouver's Chinese community, estimated at 70,000, can support two movie houses.
“I think so," says Lucy Shaw, manager of the Shaw Theatre and granddaughter of Runde Shaw, one of the three original brothers. "The Chinese are great movie fans, and the friendly competition (with Golden Harvest) will raise both our standards."
Albert Wong, director of Golden Harvest Theatres in Vancouver, agrees. A line had already formed at his box office as the invitational premiere audience left the theatre.
Sharing the stage with Wong and Lee during the ceremonial ribbon-cutting were a pair of Golden Harvest stars. Both Shang Kuan Ling Fung, who plays the title role in the theatre's opening attraction, Back Alley Princess, and Deborah Lee, 1973's Miss Hong Kong, flew in from the crown colony for the occasion.
A surprise guest at the opening was federal Labour Minister John Munro. In Vancouver for a multi-cultural conference, Munro joined the ribbon-cutting party, taking the opportunity to point out that "this is really what multi-culturalism is all about.”
Maybe so. To the ordinary moviegoer, it looks more like an epic battle, with the Chinese film fan as the ultimate winner.

Afterword: The “battle” lasted for about a decade. In that time the emergence of new home entertainment technologies — video cassettes arrived in 1975 — changed public viewing habits, and the audience for Chinese-language film was prominent among the early adopters. One result was that the Shaw Theatre, opened in 1971, shut down in 1985. It remained dark until 2009, when local music impresario Mo Tarmohamed reopened it it as the Rickshaw Cabaret. The Golden Harvest, its 1974 opening the subject of the above feature, held on until 1991 before closing. Its Main Street premises underwent major renovations in 2014 to become The Imperial, a boutique theatre currently available for private functions.
Both Shaw and Golden Harvest were vertically-integrated entertainment companies, which meant that they distributed films made in their wholly-owned studios into their wholly-owned theatre chains. That business model would change with the times. In 1987, Shaw’s Hong Kong production studio shifted its focus from features to TV shows. It finally shut down in 2011, with today’s Singapore-based Shaw Organisation operating as a distribution and theatre exhibition company only. The Golden Harvest story is much the same, with the company — known as Orange Sky Golden Harvest since 2009 — shuttering its own moviemaking facilities in 2003 to concentrate on film financing, along with its distribution and theatre operations. Early last year (February 2017), it sold 75 of its 106 remaining cinemas for an estimated $420 million US.