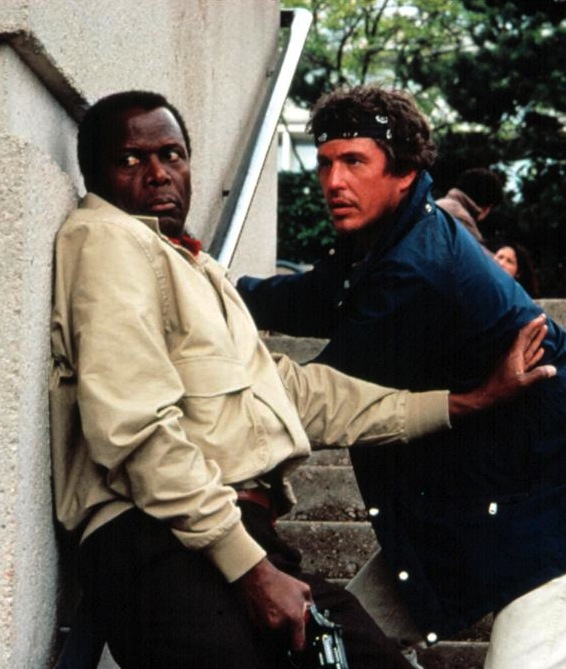 
Born in Ottawa on this day (January 5) in 1945, Roger Spottiswoode is an action director with an active social conscience. During his first working visit to Vancouver, he may have buried a subtle message to his fellow Canadians in the 1988 pursuit thriller Shoot to Kill.

Friday, February 12, 1988.
SHOOT TO KILL. Co-written and co-produced by Daniel Petrie Jr.  Co-written by Harv Zimmel and Michael Burton. Music by John Scott. Directed by Roger Spottiswoode. Running time: 85 minutes. 14 Years Limited Admission with the B.C. Classifier's warning: some violence and very coarse Iangauge.
THERE MUST BE SOMETHING in the air. Whenever Touchstone Pictures touches down in B.C., the result is crackerjack action entertainment, a movie with a raw energy that easily overcomes pedestrian plot material .
It happened last year, when John Badham came here to shoot Stakeout. Completed in record time, it opened big and went on to become one of the top-grossing films of 1987.
It's happened again with Shoot to Kill, (filmed in Hope and Vancouver as Mountain King). Director Roger Spottiswoode, responsible for the superb political thriller Under Fire (1983), now delivers on the high-voltage potential in a wilderness pursuit drama.
As written by Daniel (Beverly Hills Cop) Petrie Jr., Michael (Flight of the Navigator) Burton and Harv Zimmel, the picture hits the screen running and maintains momentum throughout.
It opens in San Francisco. It's the middle of the night. FBI special agent Warren Stantin (Sidney Poitier) is attempting to deal with a hostage-taking incident.
It ends with two deaths and a killer at large. Before long, a murder in Bishop Falls, a hamlet northwest of Spokane, re-establishes the trail for the veteran lawman.
A former film editor, Spottiswoode knows how to hold an audience's attention. During his picture's opening scenes, he is careful not to show us the fugitive's face.
This pays off in increased suspense when the bad guy takes the place of his rural victim in a mountain fishing expedition. One of the five men in the party led by guide Sarah Knell (Kirstie Alley) is lethal. But which one?
To keep up with his quarry, Stantin needs a guide of his own. Sarah's surly boyfriend Jonathan Knox (Tom Berenger) is the best there is, but he has no use for citified trail partners.
Tension is laced with humour as the two men form an uneasy alliance. Punctuated by bears, blizzards and bone-jarring falls into the picturesque Coquihalla Canyon, their pursuit takes them across the border and into a postcard-pretty Vancouver.
"You may be a hotshot on your own turf,'' Stantin tells Knox, with considerable relief, "but you're on my territory now."
Well, not quite, eh?
Though our heroes are enthusiastically assisted by the fictional "British Columbia Police," a real FBI agent probably would not be allowed to stake out Robson Square, lead a high-speed chase through downtown, or indulge in a shootout aboard a B.C. Ferry.
Well, no matter. Jurisdictional issues aside, it makes for a slam-bang climax, even if it does strain local credulity.
Shoot to Kill remains fast-paced,  breathtakingly photographed action entertainment.

Afterword: The son of film theorist and National Film Board producer Raymond Spottiswoode, Roger Spottiswoode first came to prominence as the film editor who cut director Sam Peckinpah's Straw Dogs (1971) and Pat Garrett & Billy the Kid (1973). When he took up directing, his social conscience became apparent. His third theatrical feature, Under Fire (1983), is a tale of American journalists on the ground during the 1979 Nicaraguan revolution. Although Shoot to Kill (released outside North America as Deadly Pursuit) played like a straight-ahead action picture, today I suspect that having its FBI agent assume downtown Vancouver was "his turf" may have been a deliberate warning to Canadians that such assumptions were already routine in U.S. government circles. Later, in his 1990 comedy Air America, he offered a picture of CIA operatives running amok in Vietnam-war-era Laos. His contribution to the James Bond franchise, 1997's Tomorrow Never Dies, had the English superspy battling a media mogul plotting world domination. On his second visit to Vancouver, to shoot the Arnold Schwarzenegger sci-fi epic The Sixth Day (1999), the script's commentary on cloning technology is less obvious. In recent years, Spottiswoode has found Central Canada more congenial for filming: pictures such as 2003's Spinning Boris (about the American media experts hired to boost Russian president Boris Yeltsin's popularity ratings), or 2007's Shake Hands with the Devil (based on Canadian General Romeo Dallaire's account of the Rwandan genocide).