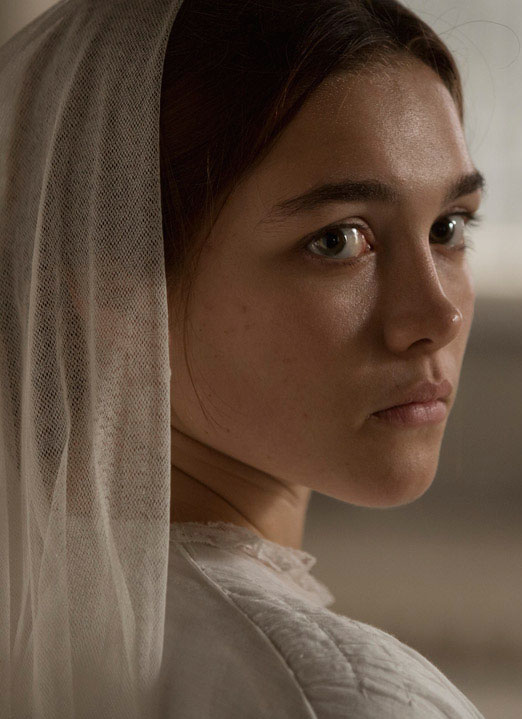 Until death do us part


Grimm without the happily-ever-after ending


Female anger is not pretty. Pick a date, any date really, and history will offer up stories of women who kill. For example, it was on this day (July 29) in 1879 that Irish-born Catherine Webster was executed in London’s Wandsworth prison for the murder of her elderly employer. The victim’s personal maid, she did the deed with an axe, afterward dismembering the body and disposing of the bits in various parts of the city. On this day in 1982, Illinois-born Jacqueline Gibons helped the man who beat her adoptive parents to death with a claw hammer. She was sentenced to 60 years for her part in the crime. On this day in 1997, English-born Tracie Andrews was convicted of killing her fiancé, a man she stabbed 42 times with a pen knife. Sentenced to life in prison, she was released in 2012. On this day in 2007, Ohio-born Tabitha Massina dispatched her father and his girlfriend with an axe and crowbar, a crime for which she was sentenced to 60 years in prison. Dark crimes all, each was up close and personal, indicating energy, passion and physical involvement on the part of the perpetrator. Cyberspace is full of such tales, and so is the popular culture. In 1865, Russian author Nikolai Leskov published a proto-noir novella called Lady Macbeth of the Mtsensk District, the inspiration for a controversial 1934 opera by Dmitri Shostakovich, and for director Andrzej Wajda’s 1961 Polish feature film Siberian Lady Macbeth. Yesterday (July 28), English director William Oldroyd’s 2016 adaption, Lady Macbeth, opened in Vancouver.

LADY MACBETH. Witten by Alice Birch. Based on the 1863 novella Lady Macbeth of Mtsensk District, by Nikolai Leskov. Music by Dan Jones. Directed by William Oldroyd. Running time: 89 Minutes. Rated 14 years limited admission with the B.C. Classifier’s warning: sexually suggestive scenes and nudity. THE BARD WOULD BE bemused.
Filmgoers are more likely to be confused. British director William Oldroyd’s debut feature, Lady Macbeth, owes about as much to the Scottish play as Mars Bars do to astrophysics.
Shot on location in northern England, the low-budget costume drama is the story of Katherine (Florence Pugh), a low-born landowner’s daughter for whom marriage is part of a real estate deal. She has been purchased by aging farm owner Boris (Christopher Fairbank) as a wife for his son Alexander (Paul Hinton).
Her wedding day is a grim, even Grimm, ritual. Her wedding night offers only loveless humiliation when it turns out that her chilly husband has no interest in consummating their contract.
Is that disappointment in her eyes?
Dressed each morning by housemaid Anna (Naomi Ackie), Katherine’s tight corset becomes a metaphor for her confined life, a succession of empty days and lonely nights. Her father-in-law berates her for not fulfilling her marital duties, while dyspeptic Alexander prefers masturbation to actual intimacy.
As time passes, the demure Katherine’s expressive eyes begin to burn with justified anger. On a day when Boris and Alexander are both absent on business trips, she allows the fire out, initiating an affair with willing farmworker Sebastian (Cosmo Jarvis), a turn of events that we all know can not end well.
As written by feminist playwright Alice Birch, Lady Macbeth is less poetic tragedy than penny-dreadful gothic noir. Set in 1865, it is an adaptation of Russian writer Nikolai Leskov’s novella Lady Macbeth of Mtsensk District, an 1863 potboiler that used its Shakespearean-sounding title to misdirect the attention of the czar’s censors.
Some 70 years later, Soviet composer Dmitri Shostakovich turned Leskov’s book into an opera. Not a Bard buff, Joseph Stalin decided he did not like its storyline — title character Katerina’s response to her mistreatment is murderous — and the show was banned for the next 28 years.
Today, of course, dramatizing female anger is not subject to official censorship. Though retaining the reference to Shakespeare in the title pays tribute to the source material, it also misdirects contemporary audience expectations.
Director Oldroyd’s Katherine has more in common with Constance Chatterley, the sexually frustrated heroine of D.H. Lawrence’s notorious 1928 novel Lady Chatterley’s Lover, than the politically ambitious Lady Macbeth. With that in mind, it’s easier to enjoy actress Pugh’s nuanced performance as a young woman who takes control of her life with a deadly focus.
Katherine's story is Grimm without the happily-ever-after ending. Throughout, men disappoint her, considering it their right to abuse her. Each time, she finds the strength to redress the balance, achieving justice, but at the cost of her humanity.
Call it a psychological horror film. Female anger is emerging as the major movie theme of the 21st century, and I expect a book about it will appear any time now. When it does, Lady Macbeth deserves to be among the key titles cited.

The above is an original Reeling Back review by Michael Walsh published in 2017. For additional information on this archived material, please visit my FAQ.

Afterword: A micro-budget feature, Lady Macbeth was made at a cost of £500,00 by an English consortium that included BBC Films and the British Film Institute. Premiered at the Toronto International Film Festival in 2016, it has received positive reviews out of all proportion to its modest accomplishments. Yes, it’s a fine little film that rewards its audience with intense performances and ideas to talk about the next day. But it’s also a niche item, one that may be benefiting from the critical community’s frustration at having to take seriously the flood of formula comedies, cartoons and superhero reboots released every week. It appears that major movies with any real commitment to content are so rare that any picture with something serious to offer is a cause for excessive celebration.