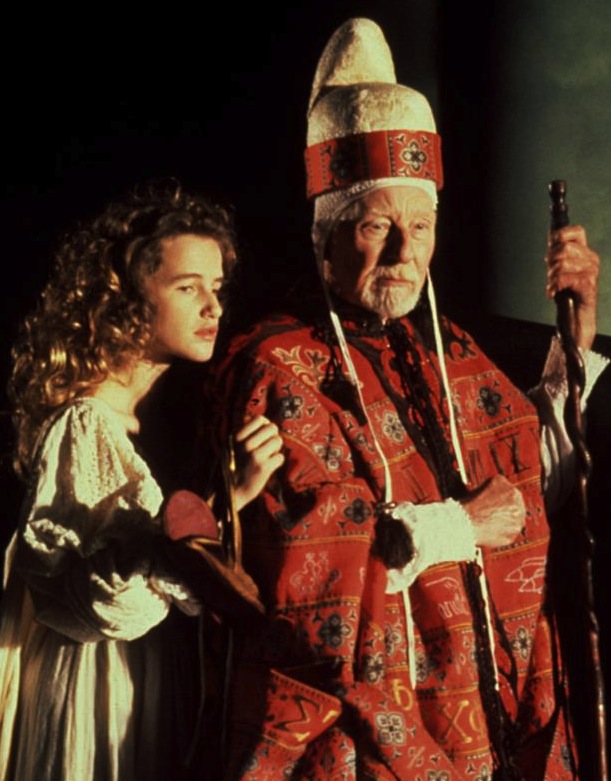 
It can only get better. According to a 19th century proverb, "March winds and April showers bring forth May flowers." Until then, though, we're focused on the wind, the rain and the occasional tempestuous combination of the two. On this day (April 5) in 1972, for example, an F3 tornado touched down in Vancouver, Washington, killing six and injuring about 300, including 70 elementary school students. The deadliest tornado ever recorded in the Pacific Northwest, it struck the Columbia River city just after noon. A second F3 twister touched down west of Spokane later the same day. (With wind speeds that reach 330 km/h — over 200 mph — F3 storms represent less than five percent of all tornadoes, and cause severe damage.) All their destruction notwithstanding, epic high winds have inspired more than one literary classic. The prairie tornadoes that L. Frank Baum experienced in the Dakota Territory circa 1890 live on in the cyclone that carries Dorothy Gale to her over-the-rainbow rendezvous with The Wizard of Oz. The Atlantic hurricane that sank the Sea Venture off Bermuda in 1609 has echoed through the ages in William Shakespeare's final great work, The Tempest, a tale of shipwrecked mariners on a magical isle. The play has inspired some seriously eccentric cinematic adaptations, including one by writer-director Peter Greenaway. Born on this day (April 5) in 1942, Greenaway cast 87-year-old acting legend John Gielgud in the title role for his 1991 feature Prospero's Books.

Wednesday, July 29, 1992.
PROSPERO'S BOOKS. Based on The Tempest by William Shakespeare. Music by Michael Nyman. Written and directed by Peter Greenaway. Running time: 124 minutes. Restricted entertainment with the B.C. Classifier's warning: frequent nudity, occasional gory violence and suggestive scenes. DR. BOWDLER WOULD NOT be amused.
Indeed, the censorious editor of 1818's Family Shakespeare would view Prospero's Books, director Peter Greenaway's unbuttoned adaptation of The Tempest, as an affront. Thomas Bowdler, the great British bluestocking, insisted on cutting "everything that can raise a blush on the cheek of modesty."
Greenaway, not surprisingly, lives to affront.
In the somewhat tedious tradition of Kenneth (Oh! Calcutta!) Tynan and Derek (Edward II) Jarman, he's an intellectual shock trooper who plays to the intellectual community's post-graduate pretensions.
His last feature, 1989's The Cook, The Thief, His Wife and Her Lover, took as its model "satirical Jacobean theatre." With ritual, almost academic detachment, Greenaway offered us its "great obsession in human corporeality — eating, drinking, defecating, copulating, belching, vomiting, nakedness and bleeding."
Prospero's Books is his free adaptation of the Bard of Avon's farewell fantasy. Strikingly visual and stridently immodest, it has a place of its own on the list of great cinematic oddities inspired by Shakespeare (a list that includes the 1955 gangster drama Joe Macbeth, the 1968 spaghetti western Johnny Hamlet and, of course, the Tempest-inspired Forbidden Planet, the 1956 science fiction film that starred Leslie Nielsen as Hollywood's first Canadian-born starship captain).
Greenaway's feature is being accorded considerably more respect. In part, that is because it uses Shakespeare's own text, albeit scrambled and augmented by the writer-director.
Mostly, though, it's because Sir John Gielgud agreed to play the title role. One of this century's great stage Prosperos, the 87-year-old actor lends his considerable stature to Greenaway's somewhat antic production.
Everyone from Bowdler to the current Bard on the Beach rep company agree on the essential storyline. The play opens with Prospero, the deposed duke of Milan, living as a castaway on a magic island.
Together with his "lov'd" books and his 15-year-old daughter Miranda (Isabelle Pasco), he's been there for a dozen years. A great magician, Prospero is served by the "airy spirit" Ariel and the "savage and deformed slave" Caliban (Michael Clark).
When his enemies are shipwrecked on the island, Prospero has sport with them. Eventually, there is universal repentance, forgiveness and the establishment of a brave new world (not to be confused with our own new world order).
In his archly cinematic version, Greenaway suggests that everything we are seeing is the product of Prospero's imagination. He shows us the old magus working through his anger by writing a tale of first love and supernatural vengeance.
For most of the film, Gielgud speaks all of the parts as a kind of voice-over narration. Interwoven with the Shakespearean drama is a speculative documentary on the nature and content of Prospero's library, the "Books" of the title.
So far, so standard. Where Greenaway's vision may raise a blush or two is in his approach to set decoration. The director favours full-frontal flesh tones.
Featured in Propero's Renaissance palace are wall-to-wall bare bodies. Not since Giovanni Tinto Brass's Caligula has a mainstream motion picture involved so many naked male and female extras hanging about on the set. (Coincidentally, Gielgud also starred in Brass's 1979 feature. Billed fifth, he played Nerva, a disapproving Roman senator.)
I wish I could say that Greenaway's use of nudity served some worthwhile artistic purpose, or was a necessary part of some new, startlingly profound reading of Shakespeare's most mature flight of fancy. It doesn't and it's not.
Though Gielgud maintains a regal bearing throughout, he's caught in a production that falls somewhere between bold experiment and bald exploitation. Greenaway is another matter.
Ten years ago [1982], the Welsh-born director impressed everybody with his brilliant, ingenious first feature, The Draughtman's Contract. Today, he seems content to play the role of gifted, defiantly naughty undergraduate.

Afterword: Britain's Peter Greenaway is in a tradition of Anglo-American cinematic provocateurs that includes such professionally outrageous directors as Ken Russell, Derek Jarman and David Lynch (and is continued by Canada's Guy Maddin). "I would say there has been no cinema yet," he told an interviewer in 1994. "Nobody has yet made a film," said the director with eight theatrical features to his credit. "I think the best we can manage is a version of illustrated literature or recorded theatre." He's since made a dozen more movies — most recently 2015's Eisenstein in Guanajuato, a comic meditation on Soviet filmmaker Sergei Eisenstein's time in Mexico — each one challenging audiences to ponder the transcendent issues of sex, death and artistic creation. The disapproving tone of the above review notwithstanding, I believe that the arts need such gifted, defiantly naughty undergraduates to stay in touch with the reality of our changing times. Greenaway, who celebrates his 74th birthday today (April 5), currently makes his home in Amsterdam. Next week, though, he'll return to London where his Life in Pictures will be honoured on Wednesday (April 13) by the British Academy of Film and Television (BAFTA).

See also: Among the genre-bending Ken Russell features currently included in the Reeling Back archive are 1972's Savage Messiah and Tommy (1975). Also to be found is a detailed analysis of David Lynch's Mullholland Dr. (2001).