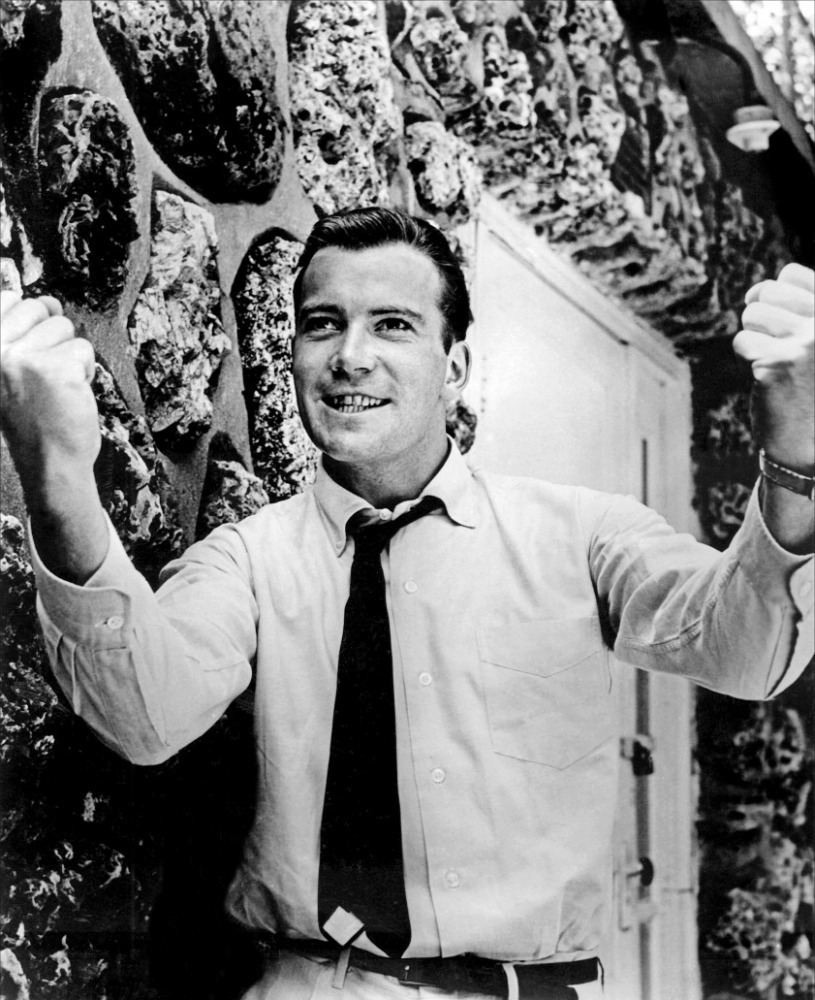 In 1962's The Intruder, William Shatner plays Adam Cramer, an agitator bent on inflaming racial tensions in the American South.

Acting on the edge


High impact on a low budget


In an interview during a 1973 visit to Vancouver, supermarket spokesman William Shatner shared his enthusiasm for The Intruder, a 1962 film in which he played a racist agitator.

Afterword: Going into this interview, I was aware that Shatner was tired of answering questions about Star Trek. Because I was personally curious about The Intruder, an obscure civil-rights drama that he'd made for exploitation film-maker Roger Corman, I asked him about that instead. Surprised, and perhaps grateful, he lit up and rewarded me with the fascinating story quoted above. (In 2007, The Intruder was released on a Buena Vista DVD.) Something that I was not aware of in 1973, was that Shatner had recently been through some of the worst times in his life, a series of setbacks he has subsequently referred to as "that period." In 1969, following a divorce and the cancellation of the original Star Trek series, his career stalled. He lost his home and, for a time, lived in a truck camper outside Los Angeles. By the time we spoke, things were much improved. He was acting regularly and had added the role of celebrity pitchman to his resume. In Ontario, he was spokesman for the Loblaws food store chain, and was in B.C. shooting commercials for Super-Valu. He's since done ads for Oldsmobile and, in 1997, Shatner began his long association with the discount travel website Priceline. The word "retirement" seems not to be in his vocabulary. On Monday (March 17), Variety reported that The Shatner Project, five 30-minute episodes chronicling William and Elizabeth Shatner's home renovation, is scheduled for October 2014 on the U.S. DIY cable network.