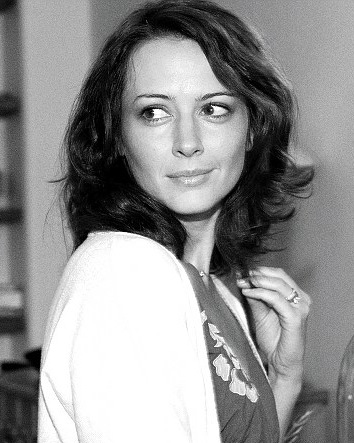 A charter member of Joss Whedon's stock company, Amy Acker is outstanding as the quick-quipping Beatrice in his 2013 adaptation of Much Ado About Nothing.


Come. Bid me do anything for thee.


Expect much ado about movies tomorrow (Jan. 16). At the ungodly hour of 5:30 a.m., the nominations for the 86th Academy Awards will be announced before a highly caffeinated press corps at the Samuel Goldwyn Theater in Beverly Hills, California. Timed to provide conversational fodder for television's New York-based morning talk shows, the show is part of the self-promotional machinery of the U.S. film industry's own chamber of commerce, a corporate club grandly called the Academy of Motion Picture Arts and Sciences. About 3,000 of its 6,000 members are expected to show up at Hollywood's Dolby Theater on March 2 for the distribution of gold-plated "Oscar" statuettes to those deemed to have performed "best" in some 25 categories. If history is any guide, they'll get it wrong. Despite the puffery, the purpose of the Academy is not to reward excellence but to produce additional profits for the chosen few. Though technically eligible, a "boutique studio" production like Joss Whedon's Much Ado About Nothing is unlikely to be noticed. Which means that the Best Actress award will be denied the talented Amy Acker, whose performance as Shakespeare's "merry warrior" (and proto-feminist) Beatrice is well worth a place on anybody's Best of 2013 list.

Wednesday, January 15, 2014
MUCH ADO ABOUT NOTHING. Based on the play by William Shakespeare. Music, adaptation and direction by Joss Whedon. Running time: 109 minutes. PG entertainment with the B.C. Classifier's warning: sexually suggestive scenes, drug use.
O, wonder!
How many goodly creatures are there here!
How beauteous mankind is! O brave new world,
That has such people in't!
— Miranda (Prospero's daughter in The
Tempest, not the planet in Serenity)

MUCH ADO ABOUT NOTHING is not the first time that the Man from Stratford has taken a meeting with Sunnydale's Favorite Son. It is however, their first full-on collaboration.
Will Shakespeare contributed the basics: a play that's considered among his best, characters that have stood the test of time, and an openness to interpretation that comes with being immortal.
Joss Whedon brought the love, together with a cast, crew and the understanding necessary to turn Will's late-16th century meditation on class, court and gender politics into an entertainment as modern as the iPhone.
That learned essays (and perhaps even books) are being written about this production is an easy prediction, given the fact that the sixth biennial Slayage Conference on the Whedonverses is scheduled for June 19-22 in Sacramento, California. What needs to be said immediately, though, is that Will and Joss have always been of one mind on the necessity of popular culture being accessible to all the people.
In Much Ado, Shakespeare tells a story of sex, lies and bantering set on the estate of the politically powerful Leonato (Clark Gregg). During a visit by a neighbouring prince, Don Pedro (Reed Diamond), the prince's lieutenant Benedick (Alexis Denisof) is reunited with Leonato's niece Beatrice (Amy Acker), reigniting their "merry war" of verbal sparring.
Noting that Don Pedro's favourite, Claudio (Fran Kranz), has fallen in love with Leonato's daughter Hero (Jillian Mogese), the older men agree to their marriage. At the same time, they contrive to bring together Beatrice and Benedick.
Complications ensue when Don Pedro's estranged brother, Don John (Sean Maher), contrives with his own henchpersons Conrade (Riki Lindhome) and Borachio (Spencer Treat Clark) to do some serious mischief.
Although I'm sure that much of Will and Joss's face time was spent discussing production budgets, they also came to agreement on several crucial creative issues. The first was to relocate the tale to the here and now of Southern California, while retaining Shakespeare's dialogue with its references to Messina, wars, soldiers and honourable obligations.
If we recall that Messina is located in Sicily, birthplace of the Italian mafia, it's easy to see Whedon's version as the tale of a modern American crime family in domestic mode, enjoying the power that comes with wealth and influence. This also provides a credible reason for the servile stupidity of the comic constable Dogberry (Nathan Fillion), a lawman who believes in going along to get along.
A second decision was to settle the question of the "merry war's" origins from the get-go. Whedon's movie opens with a silent scene not in Shakespeare's play, one that shows us Benedick stealing from Beatrice's bed. It's a prologue that removes any ambiguity about the prickly nature of their relationship upon his return from the wars.
Related to this was the decision to shoot the picture in black and white. The fact that everybody in sight is duplicitous to some degree — that's just how it is in crime families, isn't it? — is reflected in the stark photographic images, rendering this world both immediate and artificial.
Given their experience with acting companies, both Shakespeare and Whedon share the view that every character matters. In 2012, the filmmaker managed a major financial success with an ensemble feature called The Avengers.
Applying the same philosophy, he scores an artistic success with Much Ado, using the intimacy of his camera to give every member of its principal cast an opportunity to create a fully developed character. In the process, he solves one of the play's enduring mysteries, the motivation of Borachio.
Following Shakespeare's text, Whedon shows us the pivotal role this supporting character plays in the playwright's multi-faceted examination of love. Don John's aide, Borachio is the one who proposes the deception that will lead to Hero's "death."
Later, his repentance will bring about the story's happy ending. Across the years, directors and audiences have struggled with who this guy is, and why he does what he does. Under Whedon's direction, actor Clark offers us an answer — in stolen glances and pained expressions caught by the camera, we come to understand that Borachio is hopelessly, indeed tragically, in love with Hero.
Such insights give Whedon's adaptation subtle depths. Providing direct delight are the performances of "merry warriors" Beatrice and Benedick, roles that we are told Amy Acker and Alexis Denisof honed during weekend Shakespeare readings at Whedon's home during the Buffy and Angel years.
Within an outstanding acting ensemble, Acker (whose last work for Whedon was in The Cabin in the Woods) provides the key performance, finding the dark source of Beatrice's outward cheerfulness, and the pain that produces the quick quips. We feel it in the moment when Benedick asks how he may prove his love, and she makes the chillingly simple demand: Kill Claudio.
In a single year, Joss Whedon managed a pair of back-to-back hits. The big-budget Hollywood blockbuster notwithstanding, Much Ado About Nothing is the one likely to delight us most for years to come.

The above is an original review by Michael Walsh, written for publication on the Reeling Back website in 2014. For additional information on this website's material, please visit my FAQ.

Afterword: Much has been made about how Much Ado was made in 12 days in and around Joss Whedon's home during a break in the editing of The Avengers. Produced by Kai Cole (Mrs. Joss Whedon), it's the first feature from their "boutique studio," Bellwether Pictures. That reminded me of an earlier example of Shakespeare-inspired backyard movie making. In 1950, 29-year-old writer-director David Bradley shot a black-and-white feature adaptation of Julius Caesar in and around Chicago. The star of that show was a 26-year-old Charlton Heston, in his second screen role.