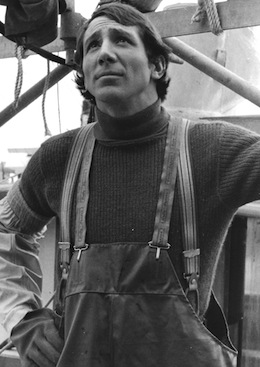 Coming of age on screen


In Vancouver in 1974 for the world premiere of The Inbreaker, a B.C.-made film in which he played the title role, Johnny Crawford discussed life as a child star in U.S. television's "golden age," growing up through five seasons of The Rifleman and finally turning 30.

Afterword: The Inbreaker, the Canadian-made independent film that Crawford was promoting on his visit to Vancouver, was not released in the United States, nor much of anywhere, really. Few people saw his fine performance in that forgotten feature. The Naked Ape, the other picture mentioned during our conversation, was actually damaging to his acting career. Its executive producer was Hugh M. Hefner, founding publisher of Playboy Magazine, and it was made at a time when Hefner was attempting to expand his entertainment empire in new directions. His Playboy Productions division had moved into feature-film financing with two British-based pictures, the Monty Python troupe's And Now for Something Completely Different and director Roman Polanski's Macbeth (both 1971). Promotion for The Naked Ape, based on a book by sociobiologist Desmond Morris, included a full-frontal nude appearance by Crawford in the magazine, earning him the distinction of being the first male to bare all in its pages. The picture was released in the U.S. and, perhaps, helped focus his thinking about his future.
Little-seen on screen thereafter, Crawford remained friends with Chuck Connors until his former co-star’s death in 1992. A year earlier, they worked together one last time, reprising their Rifleman roles in a  Kenny Rogers made-for-TV movie called The Gambler Returns: The Luck of the Draw. Around that time, the child star who'd grown up in a musical family returned to his roots. Drawing inspiration from the collection of sheet music and original recordings inherited from his paternal grandfather, he formed the Johnny Crawford Dance Orchestra, a big band that performs the music of the 1920s and 1930s. In March, 2015, he was among the guests honoured at Virginia's Williamsburg Film Festival, and is currently scheduled to appear at the Fourth of July Celebration of Freedom concert in Pearland, Texas.