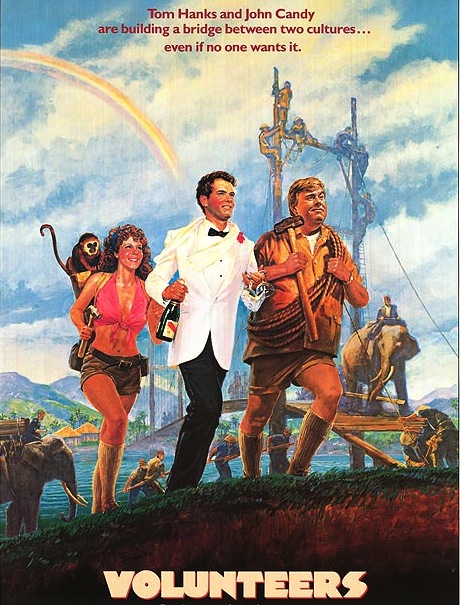 
One year ago today (May 24), the big news story in the Pacific Northwest was the previous evening's collapse of the I-5 Skagit River Bridge. Built in 1955, the span linked the Washington state cities of Mount Vernon and Burlington, and was part of the interstate highway connecting Seattle and Vancouver, B.C. Detours were in effect for the next month. On a more positive note, two famous bridges were opened on this day. In 1862, Londoners celebrated the new Westminster Bridge across the River Thames. Linking Westminster (site of Big Ben and the House of Commons) with Lambeth, the seven-arch wrought-iron span replaced the Portland stone bridge built in 1750. It's currently the oldest road bridge in central London. In 1883, U.S. President Chester A. Arthur attended the opening of New York's Brooklyn Bridge, the East River crossing that links the Manhattan and Brooklyn boroughs. The world's first steel-wire suspension bridge, it became a symbol of American optimism and engineering leadership. Not to mention being an oft-sold monument to free-wheeling entrepreneurial guile. Which brings us to the building of one of Reeling Back's favourite spans, Thailand's Loong Ta Bridge, in 1985's Volunteers.

Monday, September 9, 1985
VOLUNTEERS. Written by Ken Levine and David Isaacs, based on a  story by Keith Critchlow. Music by James Horner. Directed by Nicholas Meyer. Running time: 108 minutes. Mature entertainment with the B.C. Classifier's warning: some very coarse language and swearing, occasional nudity. THE NEW FRONTIER HOLDS NO appeal for Yale graduate Lawrence Bourne III (Tom Hanks). The Harvard-educated President John F. Kennedy is not his fellow American.
A self-indulgent blue blood, Bourne is the sort of fellow who lives in his expensively tailored white dinner jacket. On the run because his father, Lawrence Bourne Jr. (George Plimpton), refuses to cover his five-figure gambling debts, Bourne III speeds to the airport, where his former college roommate Kent Sutcliffe (Xander Berkeley) is shipping out with the Peace Corps.
Buying his way aboard the Pan-Am 707, the sophisticated Larry peeps into the passenger cabin. There he beholds a crowd of young idealists (one of them reading a hardbound copy of Profiles in Courage), the entire lot happily singing "Michael Row the Boat Ashore (Hallelujah! )".
Volunteers, director Nicholas (Time After Time) Meyer's hilarious new comedy, is a film with a lot of appeal for adults. Set during the summer of 1962, it's sure to delight filmgoers who were tuned into the sly, socio-political satire that made National Lampoon's Animal House more than just a campus food-fight frolic.
Like it or not, Bourne is on his way to Thailand. Together with gregarious Tom Tuttle (John Candy), an earthy young engineer from Tacoma, Washington, and New Yorker Beth Wexler (Rita Wilson), he is being sent to the remote jungle village of Loong Ta to help the villagers build a bridge.
Though Bourne protests — "It's not that I can't help these people, it's just that I don't want to'' — dear old dad has fixed things so that his profligate son has to serve out his hitch. As the comic momentum increased, I recalled hearing that the Ken Levine/David Isaacs screenplay has been around for a long time, and I couldn't help thinking that it must have been written with "Blues Brothers" Dan Aykroyd and John Belushi in mind.
Not that it matters. Hanks and Candy, comedians who established their own team dynamic in Splash (1984), deliver genuinely funny individual performances, effectively making the roles, and the movie, their own.
Naturally, the Corpsmen's mission is complicated by forces beyond their control. Not only is a Little Red Book-waving people's army massing on the border, but Chung Mee (Ernest Harada), the neighbourhood warlord, has entered into a secret alliance with lantern-jawed agricultural advisor John Reynolds (Tim Thomerson) for the processing and sale of some potent examples of the local flora.
In addition to a flair for period flavour, director Meyer demonstrates a feeling for the funnybone sadly lacking in many of this season's "fun" films. Although he quotes other movies almost as freely as Joe (Gremlins) Dante, Meyer is much better at integrating such material into his narrative flow.
While the parental generation enjoys the New Frontier nostalgia, teen audiences will be thoroughly entertained by the picture's skillful adventure-romance spoof. To his amazement, selfish Larry finds himself rushing to the rescue of Beth, who is being held in Chung Mee's Temple of Doom-like jungle fortress.
"I'm doing this for a Long Island princess who believes that motives are more important than actions," he says to himself.
"Dad would never approve.
"I must be doing the right thing."
As are the film's able composer James Horner, and its entire supporting cast. In Volunteers, the year's sharpest comedy to date, they all do the right thing.

Afterword: Not just another romantic comedy, Volunteers satirized the idealism of the 1960s from the perspective of Reagan's America. Deliciously subversive, it made the the point that U.S. geopolitical meddling had its dark side — politically sophisticated filmgoers understood the movie's game the moment they saw the Air America markings on "agricultural advisor" John Reynolds's helicopter — and that everybody had an agenda. For actors Tom Hanks and Rita Wilson, Volunteers turned out to be the romantic comedy. Although they had met three years earlier during the making of a Bosom Buddies television episode, it was on the set of this movie that they fell in love (which makes their scenes together especially interesting). Married in April 1988, they recently celebrated their 26th wedding anniversary.