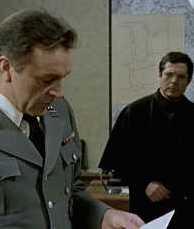 Doing wrong is his right


Making the argument for mass murder


The Kennedy assassination was still an open wound in 1966, the year that an angry New Yorker named Carl Bakal published The Right to Bear Arms. In it (and in his 1968 book No Right to Bear Arms) Bakal argued for gun control, and against the National Rifle Association’s insistence that the Second Amendment of the U.S. Constitution guaranteed every American’s right to own as many weapons as he wants. For more than 50 years, the NRA’s lobbyists have successfully beaten back every attempt to enact stricter gun laws, with the result that, today, there are more guns (393.3 million) than people (326.5 million) in the U.S. Living in an “armed madhouse” (in the memorable phrase of investigative journalist Greg Palast), our southern neighbours have accepted gun violence as a fact of life. According to the Mass Shooting Tracker website, there have been 44 such events in the first 78 days of 2019, resulting in 110 dead and 229 wounded. With grim regularity, gunmen (almost always male) open fire in homes, offices, shopping malls, nightclubs, rock concerts and, most notoriously, in schools and houses of worship. So common have such incidents become, that only the most egregious even make the national news. Viewed from the perspective of “free market” advocates, this represents the effective privatization of mass murder, once the exclusive domain of government. One might even note that it was on this day (March 24) in 1944 that a Nazi general asserted the State’s right to kill by ordering the Massacre in Rome, recalled in director George Pan Cosmatos’s 1973 feature film.

MASSACRE IN ROME. Co-written by Robert Katz, based on his 1968 book Death in Rome. Music by Ennio Morricone. Co-written and directed by George Pan Cosmatos. Running time: 110 minutes. Mature entertainment. ON TUESDAY, MARCH 23, 1944, two months after the Allied landings at Anzio and 10 weeks before the liberation of Rome, Italian partisans set off a bomb as a column of German soldiers marched through the streets of the eternal city.
An act of pointless machismo, it resulted in the deaths of 33 foreign troops.
The German commander, invoking the Hague convention, immediately demanded reprisals. Accordingly, and under the direct orders of Adolf Hitler, 330 male Italians were rounded up and, within 24 hours, shot.
From these events, chronicled in Robert Katz’s book Death in Rome, director George Pan Cosmatos fashioned Massacre in Rome,  a preachy, unpleasant film that wallows in brutality and bloodletting under the guise of presenting a serious moral debate.
Taking part in the argument are stiff-necked Gestapo Lt.-Col. Herbert Kappler (Richard Burton), ultimately the commander of the execution squad, and Father Pietro Antonelli (Marcello Mastroianni), a Vatican art restorer drawn into the drama when he discovers that two of his non-clerical associates were involved in the partisan action.
The screenplay, co-authored by Cosmatos and Katz, puts a lot of incredible histrionics into their mouths. “Art,” enthuses the priest in one of his early meetings with the soldier,  “is the only real means of communication from one people to another, or from one generation to another.”
“You know," says the soldier, “we have a great deal in common, Father. We both read Homer, both love art, and we both wear the uniforms of our orders honourably.”
Later, in an attempt to make the soldier desert his grim assignment, the priest resorts to poetry. “Many people sleep late,” he says. “They miss the dawn. But the dawn is there for everyone.”
“Many people dream while they’re awake,” the soldier snaps back.
The unintentional humour in their deadly serious exchanges is no compensation for the heavy-handed film that surrounds them. It is as if Italy's filmmakers are trying to make up for all the anti-fascist movies they missed making during their country's Second World War military alliance with Nazi Germany.
In Cosmatos’s film, he replays many of the set pieces developed in American B pictures during the 1940s. One sequence begins with a shot of slobbering German General Kurt Maeizer (Leo McKern) priming himself on native wine for a bout with one of the native women.
As the drunken party slogs on, the picture cuts away to serious-looking folk assembling weapons in a basement. It then cuts away to show a prisoner being tortured by his German captors. For several minutes the three incidents are juxtaposed.
Not unexpectedly, Cosmatos saves his most loving attention for the two big massacres. History thwarts him somewhat with the first, as the parading Germans fell victim to a single bomb blast. Still, he does manage to dwell upon their broken, bleeding bodies.
The civilian massacre in the Ardeatine Caves is another matter. The Italian hostages were individually murdered, so he is able to stick with this scene for quite some time. It seems interminable.
When it’s all over, Massacre in Rome has managed a pretty good job of showing us what probably occurred during those three days in 1944. What it doesn’t do is provide any real explanation of why it happened.

Afterword: Although he shot just one film in Canada — the memorable thriller Of Unknown Origin  —  the Italian-born George Pan Cosmatos chose to make his North American home in Victoria, B.C. He lived there between directorial assignments from 1981 until his death in 2005, at the age of 64.
He gained an international reputation with a trio of star-laden European suspense thrillers that included 1973’s Massacre in Rome (1973), The Cassandra Crossing (1977) and Escape to Athena (1979). An actor's director, Cosmatos hit it off with Sylvester Stallone, putting him through his paces in 1985’s Rambo: First Blood Part II. He then directed Stallone’s next feature, the Los Angeles rogue cop thriller Cobra (1986).
In 1988, Cosmatos reunited with his Of Unknown Origin star Peter Weller, who accompanied him on location to the Mediterranean for the undersea adventure Leviathan. In 1993, he offered his version of the Wyatt Earp tale, Tombstone, shot in Arizona with Kurt Russell playing the legendary lawman. His final feature, the politically-charged 1997 release Shadow Conspiracy, was shot in and around Washington, D.C.