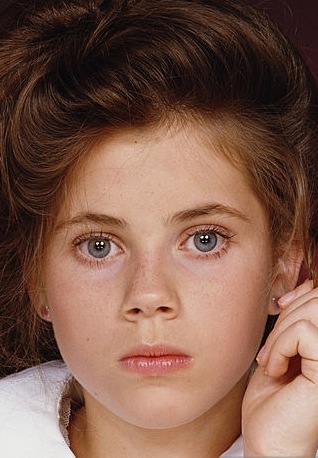 Fairuza Balk in a 1986 photo taken around the time she was starring as Molly Pierce in the Expo 86 B.C. Pavilion film Discovery.


Returned from Oz to help the world discover B.C.


On this day (June 29) in 1986, Expo 86 was into its ninth week. Summer had arrived and temperatures on Vancouver fairgrounds reached 24° C. The transportation theme of the exposition was reflected in the day's headlines. Newspaper readers, who were paying about 50 cents a litre for their gasoline, learned that the Organization of Petroleum Exporting Countries (OPEC) had concluded its meeting the day before with an agreement to shoot for a price target of $17 to $19 per barrel by the end of the year. In the day's other transportation news, the British billionaire Richard Branson broke the world record for the fastest crossing of the Atlantic in his 22-metre powerboat, the Virgin Atlantic Challenger. Among the events being commemorated were the 30th anniversary of the signing of the U.S. federal act that created the Interstate Highway System (1956), and the one-year anniversary of B.C. billionaire (and Expo 86 CEO) Jim Pattison's purchase of the yellow Rolls-Royce once owned by the Beatles. Province readers could turn to the paper's second Expo 86 Arts and Entertainment Supplement and find nine features in which I reviewed the films on view in the pavilions representing Canada, five of its provinces and two territories, the U.S. and its Pacific Coast states, as well as Mexico and Cuba. Today we restore the lead item, a feature called Expo 86 British Columbia.

MONEY APPEARS TO HAVE been no object in the production of films for the Expo 86 British Columbia pavilion. To celebrate the world's fair, the host province ordered up a pair of big-screen, high-tech mega movies.
Inspiration was in somewhat shorter supply. Although an abundance of craft skills are on display, they are a less than satisfying substitute for honest content.
Our British Columbia, produced by Bob Rogers's Industrial Showmanship Inc. of Los Angeles, is Victoria's own version of Soviet realism. On view in the 360-seat Challenge B.C. Theatre, it offers a 19-minute look at a day in the life of our province.
Shot in Tri-Max, a Cinerama-like triple-camera system that produces a triptych image   when projected on a 29-metre-wide screen, the picture is long and narrow.
Narrow, too, is its view of B.C.
As directed by the Burbank-based Richard Jeffries, it pictures B.C. as a kind of Disney-fied dreamland: scenic, industrious and marvellously Middle-American. Essentially rural and filled with happy, enthusiastic workers, it has no apparent history or cultural life, and no Indians (either East Asian or native).
Discovery (a.k.a. Zargon), produced in Showscan by Toronto's Peter O'Brian, promotes a similar view, but with the accent on tourism. On view in the 500-seat Discovery B.C. Theatre,  it could easily have been called E.T. Meets B.C.
Zargon, a billiard ball-shaped alien, is looking for a place to play. His built-in computer guides him to the B.C. Interior, where he picks up 12-year-old Molly Pierce (Fairuza Balk, last seen as Dorothy Gale in 1985's Return to Oz)  for an aerial tour of our scenic province.
Filmgoers who have read some of the more extravagant claims for the high speed, 70mm Showscan process  — it's been called 3-D without the glasses — will be disappointed. While certainly attractive to look at, Vancouver director Rob Turner's 16-minute Discovery remains a conventional movie on an oversized screen.
Discovery holds an audience's attention by offering Zargon's free-floating, often fast-moving point of view. A standard travelogue technique since This Is Cinerama (1952), it is recycled here without any significant improvements.

Afterword: For Discovery, director Rob Turner needed a face to represent British Columbia to the world. His inspired choice was that of Fairuza Balk, a California-born child actress who'd lived in Vancouver from the age of two. She'd made her screen debut at nine, playing Loretta Swit's daughter in the filmed-in-B.C. TV movie The Best Christmas Pageant Ever (1983). Hollywood soon took note of her talent, and director Walter Murch made her the star of his imaginative 1985 fantasy Return to Oz. In 1986, her slightly exotic look and penetrating gaze made her a fine personification of a B.C. that was just beginning to appreciate its increasingly diversified population. That same year, Balk had the title role in an HBO family feature, The Worst Witch, a movie that anticipated the Harry Potter phenomenon of the late 1990s. In it, she plays a mischievous student at a British academy for aspiring witches presided over by Diana Rigg.
Balk remained Vancouver-based for some 18 years before relocating to the U.S. in 1995, the year she was cast in director Andrew Fleming's The Craft. A more adult take on the supernatural, it marked the now 21-year-old performer's return to the dark arts. The story of a teen witch's coven in a Los Angeles high school (with Balk's Goth character stealing every scene), it is a cult favourite among young women. When it was first released, we were told that she was a Wiccan in real life. During the film's production she bought the Panpipes Magical Marketplace, a Los Angeles retailer that claims to be the oldest occult store in the U.S., and which she owned until 2001. Fairuza Balk continues to work as an actress, making both feature film and television appearances. In recent years, she has added musician, singer and visual artist to her résumé.

See also: The nine articles included in this, the second of four Expo 86 special reports, explore the pavilions of: