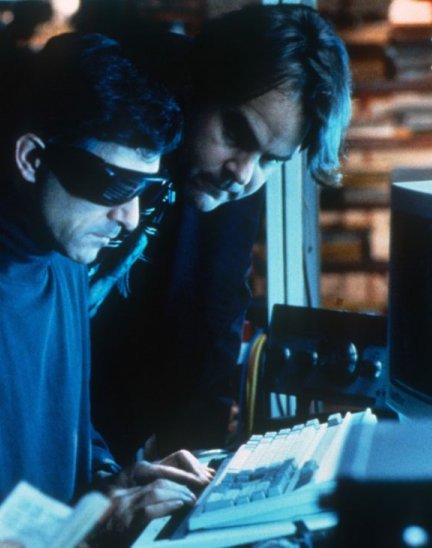 Fun with our new fears


It disappeared in a keystroke. On this day (June 17) in 1997, the illusion of computer security forever ended when a group of hackers broke the National Security Agency’s 20-year-old Data Encryption Standard (DES). The next day, the group — called the DESCHALL (for DES Challenge) Project — claimed the $10,000 prize that had been offered by the RSA Security company to anyone who could demonstrate the vulnerability of the government-approved algorithm. Just a week earlier, the NSA itself had participated in a secret government exercise (Eligible Receiver 97) in which it successfully penetrated Defense Department computers. Among computer professionals, it has become a truism that the Third World War will be fought in cyberspace. In 2010, Stuxnet, a bit of malware believed to have been created by U.S. and Israeli cyberspooks, was launched against Iranian nuclear facilities. Three years later, whistleblower Edward Snowden confirmed that Orwell’s worst dreams of state surveillance had come true and that Big Brother was watching us all. In late 2014, Sony Pictures cancelled the release of director Seth Rogen’s comedy The Interview because of threats received during a cyberattack alleged to have originated in North Korea. Today, as Americans continue to be mesmerized by the idea that Russia “hacked” their 2016 presidential election, Reeling Back recalls a time of relative innocence, when director Phil Alden Robinson could still play computer crime for laughs in his 1995 feature Sneakers.

Friday, September 11, 1992.
SNEAKERS. Co-written by Lawrence Lasker and Walter F. Parkes. Music by James Horner. Co-written and directed by Phil Alden Robinson. Running time: 126 minutes. Mature entertainment with the B.C. Classifier’s warning: occasional violence and very coarse language. LIZ (MARY MCDONNELL) DOESN'T want to play.
"I will not be dragged back into your world," the San Francisco schoolmarm tells her ex-boyfriend, freelance techno-spook Martin Bishop (Robert Redford). "I have a new group of gifted children now, and I like the fact that they're all under 30."
Liz Ogilvy isn't like Bishop's other playmates, that great bunch of guys introduced to us as the Sneakers. She lives in the present.
Bishop, and every other character in director Phil Alden Robinson's fun new film, prefers the future. And the past.
Rooted in the anti-establishment 1960s, Sneakers is a likeable attempt to bring back the gadget-happy spy thriller by crossing it with an old-fashioned caper comedy.
As written by Robinson and WarGames screenwriters Lawrence Lasker and Walter F. Parkes, it applies itself to the new, computerized struggle for the control of the world's information resources.
Its good guy is Bishop, a man with a radical activist past. He heads up a team of Mission: Improbable specialists recruited by a secret U.S. government agency for some off-the-shelf (and off-the-record) industrial espionage.
Since every member of the Sneakers group "has some sort of problem in his past," their reluctant co-operation is assured. Then our guys are double-crossed, setting in motion a desperate counter-operation against . . . whom?
Robinson, whose last film was the evocative Field of Dreams, is as nostalgic for the 1960s as Ollie Stone. To his credit, he's less evangelical about it.
Determined that we should have fun with our new fears, he coats his post-industrial paranoia with glib good humour. Short-circuiting the electronic villainy are the likes of solid, reliable Sidney Poitier, cast as ex-CIA agent Donald Crease.
The family man on Bishop's team, he works side by side with conspiracy buff Darren “Mother” Roskow (Dan Aykroyd), with blind, ultra-instinctive Irwin “Whistler” Emery (David Strathairn) and with brash young newcomer Carl Arbogast (River Phoenix).
Even spoilsport Liz eventually gets into the spirit of things.
Despite a folded, spindled, and cheerfully mutilated plotline, Sneakers is hard to resist.

Afterword: Today’s posting is offered as a birthday greeting to my friend Jon Cunningham. An internet security professional, Jon's day job puts him on the front lines of all the cyber action in today's world. He’s also the development and architecture expert who built the Reeling Back website for me. Thank you, Jon.
Although some scholars trace the history of cinema hacktivism all the way back to director Robert Butler’s 1969 Disney comedy The Computer Wore Tennis Shoes, a better case can made for John Badham’s WarGames. Released in 1983 (the year Microsoft introduced its Word word-processing program), Badham's brilliant cold war fantasy introduced us to a teenaged video gamer whose personal-computer skills took the world to the brink of thermonuclear war. That was quite the feat, considering that the World Wide Web wasn’t even “invented” until 1989.
The greatest year for Internet insecurity movies seems to have been 1995. Fuelling our fears of the new tech were The Net, the story of a programmer (Sandra Bullock) who has her identity erased; Hackers, in which competing teen coders (Johnny Lee Miller and Angelina Jolie) are accused of creating a deadly virus; and Virtuosity, a Denzel Washington thriller in which he played a cop dealing with a rogue AI (artificial intelligence) program. And, yes, it was the year that William Gibson’s 1981 "sneakernet" short story Johnny Mnemonic came to the screen, with Keanu Reeves in the title role.
Reeves returned to the virtual reality universe in 1999 as Thomas Anderson, an ordinary programmer who became Neo when he chose the red pill and entered The Matrix. A major hit, the picture turned into a trilogy, with Reeves reprising his cyber-saviour role in The Matrix Reloaded and The Matrix Revolutions (both 2003). While The Matrix films became ever more fantastic, other tech-themed dramas emphasized the political nature of cyber crime. In 2001’s Swordfish, Hugh Jackman played a talented hacker recruited by some truly dark ’netizens. That same year, televisions Fox network premiered The Lone Gunmen, an X-Files spin-off filmed in Vancouver that played hacktivism for laughs. More recently, the USA Network cable service has offered two seasons of Mr. Robot (2015-2016), arguably the most intense examination of life in our online world yet attempted.