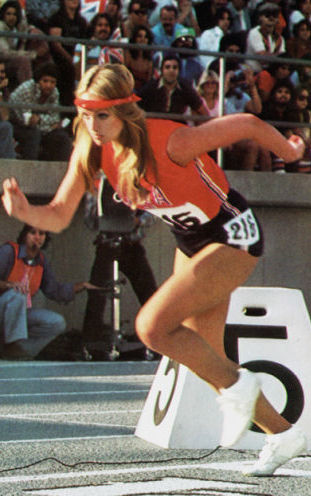 Going for the brass


We are on the eve of the 2016 Summer Olympic Games — they open tomorrow (August 5) in Rio de Janeiro — and I really have to wonder why anybody still cares. The event is the property of the Swiss-based International Olympic Committee (IOC). A self-serving cabal that rivals the systemically corrupt Fédération Internationale de Football Association (FIFA) for odoriferous dealings, the IOC is a private club that is all about politics and advertising revenues, with the promotion of amateur sport little more than a legitimizing fig leaf to hide the nasty bits. Politics have dominated since the 1936 Berlin Games, used by Nazi Germany to show off its Aryan supremacy. We really should have given up on the thing after the 1972 Munich Games, where a politically-motivated hostage taking resulted in 17 deaths. Today, security is not just an issue but a huge cost. Cities playing host to the Games become armed camps, their governments go into debt and taxpayers pick up the bill. It took Montreal 30 years to pay off its $1.5-billion debt for the 1976 Games. Then there are the unending doping scandals that make a mockery of the IOC’s stated ideals. Although “performance-enhancing” drugs have been part of the Olympics from the very beginning, it became a serious public embarrassment in the mid-1960s. It remains so to this day, the very essence of faster, higher and stronger. Many of these issues have been covered in the movies, most cynically in an under-appreciated feature from 1979, director Joseph Sargent’s Goldengirl.

Monday, July 9, 1979.
GOLDENGIRL. Written by John Kohn. Based on the 1977 novel by Peter Lear (Peter Lovesay). Music by Bill Conti. Directed by Joseph Sargent. Running time: 104 minutes. Mature entertainment with the B.C. Classifier's warning: some coarse language.
ARE THERE NO SANE German scientists? Not long ago, 60 Minutes, the CBS television network's newsmagazine, reported on the East Germans and their preparations for the 1980 Olympics in Moscow.
The Deutsche Demokratische Republik (DDR) has made gathering a harvest of Olympic gold a national goal. To that end, East Germany has turned itself into a huge training camp.
The East Germans are  determined to show up both the Russians and the Americans. There was even some suggestion in the report that, in their enthusiasm for the final triumph, East Germany's coaches have gone beyond exercise and balanced diets as a training regimen and are messing about with drugs, hormones and blood recycling.
If true, it makes the whole idea of Olympic competition not just distasteful but utterly insane.
In Goldengirl, a distasteful idea has been turned into a murky, unpleasant movie. And, sure enough, the main focus of filmgoers' disgust is a mad doctor with a German accent.
Dr. William Serafin (Curt Jürgens) is a eugenicist, a sports fiend and a man not above doing vile things to his adopted daughter. It is hinted that at one point in his career he did research for the Nazis.
For the last 35 years, he's been working in secret, waiting for the day that he would demonstrate the validity of his theories to the world, to prove his genius to the scoffers, to show them all, nyah ha ha, SHOW THEM ALL!!!
The film opens with athlete's agent Jack Dryden (James Coburn) arriving at a training facility hidden somewhere in the Rocky Mountains. He is told that a consortium of businessmen have been underwriting the cost of preparing Serafin's 19-year-old daughter Goldine (Susan Anton) for the 1980 Olympics.
Physically, Goldine is an impressive specimen. She's 6’2” tall, and incredibly fast.
"Eugenically 30 to 40 years ahead of her time,” Dr. Serafin says. “She's the prototype of a generation yet unborn.”
She's also a merchandiser's dream. Blonde and beautiful, she has been trained to run in only the tightest, butt-baring track shorts while wearing her hair in the sort of full flowing style better suited to Charlie's Angels than Olympic competition.
“I’m a simple American girl who has been born to win three gold medals,” she tells Dryden with a winsome smile.
“By the time we get to Moscow, we'll have spent $800,000,” the not-so-simple American businessmen tell their agent. After her triple win, they expect to make at least $10 million back “selling” their Goldengirl.
Cynical? You bet. In adapting Peter Lear's 1977 novel, screenwriter John Kohn has forgotten that the single most important ingredient in any sports-themed movie is heart.
Kohn hasn't bothered to create a single likeable character.
How can you warm to Peter Winters (James A. Watson Jr.), a coach who uses electrical shocks to improve his athlete's time off the mark. “We're gonna get you down to one-point-two if we have to burn your fingernails off!”
How about Dr. Sammy Lee (Leslie Caron), the psychologist whose behaviour modification technique involves the use of orgasm-inducing vibrators? How about dear old dad, the doctor who cheerfully injects his girl with dangerous growth stimulants?
Kohn gives us nothing to believe in and no one to root for. There is, for example, sports commentator Steve Esselton (Robert Culp), who smells a rat but blows the story.
He's a broadcaster, you see, and just too damned dumb to piece it all together.
Dryden sort of falls in love with Goldengirl, but he can't get it together either. His business is exploiting her, after all.
Actor Coburn, 51 and tightly corseted beneath his casually cut clothes, makes moral outrage look like just another slick sales pitch.
That leaves us with the Goldengirl herself. Kohn's script explores none of the possibilities within this essentially tragic character, and first-time film actress Anton has neither the range nor the experience to suggest any depth on her own. Her Goldine comes across as an empty package.
With a sharp cast and a solid script, Joe Sargent is a capable action director. Goldengirl gives him neither. The result is a nasty little picture about nasty little people, a grab for the gold that’s made of solid brass.

Afterword: Yes, I was naive. In 1979, I wasn’t all that interested in sports and was willing to believe that the Olympic Games were, more or less, the noble enterprise depicted in such films as 1978’s International Velvet, Downhill Racer (1969), Jim Thorpe - All-American (1951) or Olympia (1938). Oh, just a minute. That last one was Leni Riefenstahl’s Nazi-sponsored documentary on the 1936 Berlin Olympics and, while a really good movie, it was something less than an honest account of the event. In any case, I was not alone in rejecting Goldengirl’s view of the quadrennial international competition. The picture tanked at the box office. When the U.S. decided to boycott the 1980 Moscow Olympics — the free world’s response to the Soviet Union’s 1979 invasion of Afghanistan — director Joe Sargent’s science-fictional sports movie became alternative history. Even so, its portrayal of the Olympics seems more real with every passing year.
A singer and television advertising model, Susan Anton made her feature film debut in Goldengirl. When the picture failed, she settled into a career as a TV actress. She was often in the news during her five-year-long relationship with diminutive comic actor Dudley Moore. Celebrity photographers shot countless pictures of the 5’11” Anton (not the 6’2’’ given as Goldine Serafin’s height) with her 5’2” lover. Still attractive at 65, she continues acting — most recently in the 2016 TV feature Sharknado 4: The 4th Awakens — and singing. Her next concert is scheduled for September 9 in Las Vegas at the Smith Centre’s Cabaret Jazz.

See also: For another view of the Olympics, see my review of director Hugh Hudson’s 1981 feature Chariots of Fire.