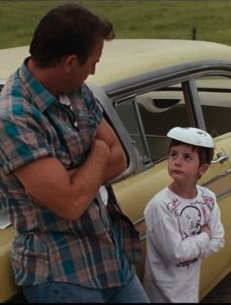 
Trick or treat? That is the question likely to be most asked today (October 31), as the immediate world marks the much-mutated harvest festival now known as Hallowe'en. Something of an oddment among annual observances, the day is not a holiday in any official sense of the word. It did not come about as a result of governmental action, meaning that it's not a statutory day off like Canada Day or Thanksgiving. Nor is it a feast day of a major religion, in the way that Christianity is the official sponsor of Christmas. The modern, urban Hallowe'en seems to have just happened, a party that grew by popular demand. In recent years, there's been much interest in the "what" question. The new century has produced dozens of books detailing the origin, history and practice of a holiday that's expanded into its own season, becoming the second-largest seasonal marketing event in the U.S. Less work has been done to explain the "why." There must be some connection between a popular culture currently awash with the undead (vampires) and walking dead (zombies) and our society's enthusiasm for this pumpkin-flavoured fear festival. Among the questions that remain unanswered: Just what was director Clint Eastwood thinking when he included references to Casper the Friendly Ghost and the Kennedy assassination in a story that begins on October 31, 1963? Released in 1993, Eastwood's unexpected Hallowe'en movie is called A Perfect World.

Friday, November 26, 1993.
A PERFECT WORLD. Written by John Lee Hancock. Music by Lennie Niehaus. Produced and directed by Clint Eastwood. Running time: 138 minutes. 14 Years Limited Admission with the B.C. Classifier's warning: some violence, occasional very coarse language and suggestive scenes. ROBERT "BUTCH" HAYNES (KEVIN Costner) is a killer. Right now, he's holding a gun on Mack (Wayne Dehart), an old sharecropper.
Mack's wife Lottie (Mary Alice) can see the murderous look in his eye. "You're a good man," the woman says, pleading for her husband's life.
"No, I ain't a good man," Haynes says tonelessly. "I ain't the worst, either. I'm a breed apart."
Haynes, an escaped convict on the run in rural Texas, is the dark dynamo that powers A Perfect World, a pursuit picture that boasts a killer combination of box-office attractions. Here's Clint Eastwood, fresh from his Unforgiven Oscar triumph, directing the action and acting opposite Costner and Jurassic Park's Laura Dern.
Here's Costner, firmly established as Hollywood's All-American hero, taking on a role that requires him to dance with a career criminal's personal demons. Here's a story with a gut-wrenching, moody blues intent that's signalled from the very beginning.
The time is All Hallow's eve, 1963. The place is the Panhandle, where Geritol-generation Texas Ranger Red Garnett (Clint Eastwood) is about to take delivery of a shiny new trailer fitted out as a mobile command centre.
He'll only have it for a short time, though, because Governor Connelly (Dennis Letts) plans to feature it in the big parade in Dallas. You know, the one being planned for President Kennedy.
Meanwhile, Garnett can use it in the manhunt for Haynes, who took his leave of Huntsville prison in the dead of night. The job will be complicated by the fact that the escaper took a hostage in the early hours of Nov. 1, a fatherless eight-year-old boy named Phillip Perry (T.J. Lowther).
Haynes's flight is complicated by the good badman's unexpected empathy with the frightened child's emotional state. "Guys like us, Phillip, we got to be on our own," he says with genuine concern.
In the director's chair, Eastwood is a breed apart. He must have known going in that filmgoers would give him a free pass on this one.
We would have accepted a rerun of 1974's Sugarland Express, appreciated the attractive star turns and looked forward to his next serious picture. He knew that.
No slacker, Eastwood refuses to mark time. Taking up where the late Sam Peckinpah left off, he delivers another first-rate examination of the tragically flawed American way.
Like the often-misunderstood Peckinpah, Eastwood cares about kids. His ironically titled A Perfect World focuses on a man and a boy both missing their fathers.
"Bob's a fine family man," Haynes says admiringly of a dad they encounter on a back road. "That's about the best a man can hope to be."
Eastwood demonstrates his craft by delivering a picture that balances humour, social texture, period detail, telling performances, well-etched characters, tension and suspense in a thoroughly professional package.
He scores as an artist by making it resonate with his dedication to an ideal of individual responsibility. In recent years, he's grown into one of the best we've got.

Afterword: Not the first film that comes to mind when you consider director Clint Eastwood's remarkable output, A Perfect World was the 17th of his 35 films released to date. Coming between his double Oscar win (picture and director) for Unforgiven and the ecstatic reception given his 1995 romance, The Bridges of Madison County, it's often lost in the shuffle. Underrated by American critics at the time, A Perfect World was favourably reviewed overall and did well at the box-office. French critics, on the other hand, voted it best picture of 1993 in their annual Cahiers du Cinéma polling. The film's nuanced social commentary is far from a simple tale of good guys and bad guys. Not mentioned in my review of the film is the fact that eight-year old Phillip's "emotional state" was the result of his strict Jehovah's Witness upbringing. Being taken hostage is actually a liberating experience for the child — for the first time in his life he is allowed to celebrate Hallowe'en — and for his captor. A meditation on changing times, it speaks to issues in America (and the world) that are with us to this day.