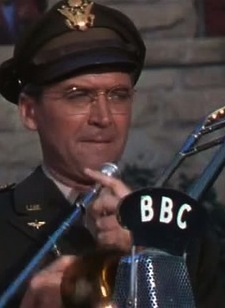 
The sound found and a myth made


Gold. Records. We're three days into the XXII Winter Olympics in Sochi, Russia, and the media coverage is relentless. "Going for the gold" is an obsession that actually predates the modern Olympics. A clever way of drumming up business for goldsmiths, it became common in the 18th century when various arts organizations got into the habit of handing out glitzy medals for achievements noted. Some sports leagues picked up on the practice in the 19th century. In terms of value, the gold medal that has accompanied the Nobel Prize since 1902 is the hands-down winner. Each one contains 175 grams of actual gold. The Olympics didn't get into the gold medal act until 1904, when they appeared at the III Olympiad in St. Louis, Mo. (which was something of a sideshow to the World's Fair, the event celebrated in the 1944 movie musical Meet Me in St. Louis). As it turns out, the Olympic gold medal is just a silver medal gilded with about six grams of gold leaf. That's only marginally better than the Oscar, first presented in 1929, is gold plating on about four kg of pewter-type alloy. The Gold Record, the music industry's way of marking a million units sold, is just gold-coloured. More of a publicity gimmick than a prize, the first one of those went to Glenn Miller on this day in 1942 (Feb. 10) for "Chattanooga Choo Choo," a song performed in 1954's The Glenn Miller Story.

November 21, 1985
THE GLENN MILLER STORY. Written by Valentine Davies and Oscar Brodney. Musical direction by Joseph Gershenson and Henry Mancini. Directed by Anthony Mann. Running time: 113 minutes. General entertainment, in stereophonic sound. GLENN MILLER (JAMES Stewart) knows exactly where he's going, and exactly what he wants. "I'm going to have a band all of my own,"  he tells his sweetheart Helen Burger (June Allyson).
All he needs is a sound. "A band ought to have a sound all its own, ought to have a personality," he says, his eyes bright at the prospect. "Someday I'm  going to find it.
A sound. It meant a lot to Miller. He believed that a distinctive sound would set him apart from the hundreds of bandleaders scrambling for play-dates in pre-Second World War America.
Sound. Improving the quality of sound reproduction has preoccupied three generations of motion picture craftsmen. By 1954, the year that Universal Studios filmed The Glenn Miller Story, stereophonic sound was a technical possibility.
Possible, but not practical. As 20th Century-Fox discovered when it tried to make stereo sound an integral part of its CinemaScope wide screen process (introduced in 1953), few exhibitors were willing to install the expensive new speaker systems.
Since only a handful of theatres could accommodate such films, Universal quietly shelved plans to release its picture in stereo. After one preview screening, The Glenn Miller Story's magnetic stereophonic master tracks were shipped to Chicago and put into storage.
Sound has come to mean a lot to music lovers and filmgoers. A decade ago, when movie exhibitors finally realized that many of their patrons had better audio systems in their cars than they had in their theatres, the long-stalled revolution in cinema sound finally shifted into high gear.
Early this year, encouraged by the success of its classic Hitchcock film package, Universal sought out those long-forgotten master tracks with a view to releasing a restored stereo version of The Glenn Miller Story. This time, the possible was also practical, and the result is a richly melodic Christmas gift to movie fans of all ages.
"Hey, wait a minute!'' It's the night before the band's premiere at Boston's State Ballroom. Joe the trumpeter has just split his lip. "Wait a minute,'' pleads a desperate, inspired Miller. "Hey, just a minute!
"I have an idea,'' he says, suddenly aware that he's found his own sound. "Willie Schwartz could play those parts on clarinet. Why not, huh? You see, clarinet lead . . . "
One of the all-time great musical biographies, The Glenn Miller Story is not so much a factual account as the validation of a legend. Screenwriters Valentine Davies and Oscar Brodney skillfully wove a selection of Miller's greatest hits into the fabric of a romantic musical fantasy.
Made during the waning years of the great factory studios, the picture is a glorious tribute to the Hollywood filmmaking tradition. Anthony Mann, a director whose lasting reputation is based on a cycle of outstanding westerns, brought to the project an instinct for pacing and story-telling economy.
He also brought his favourite star, James Stewart, an actor who had just completed a Mann feature (1953's Thunder Bay), and who had three previous Mann westerns to his credit (Winchester '73, 1950; Bend of the River, 1952;  and The Naked Spur, 1953). Mann knew how to bring out the actor's dark side; a flinty obsessiveness shows through in his Miller portrayal despite the fact that Miller's widow had been granted final, page-by-page script approval.
Stewart was at ease and at his charming best under Mann's direction. It was his second film with co-star June  Allyson — their previous "marriage'' was in The Stratton Story (1949), their subsequent one in Strategic Air Command (1955)  — and they were the perfect postwar couple.
Glorious. Charming. Perfect. The superlatives come easily for this movie made to showcase the incomparable, reed-dominated Miller music, here arranged for the screen by Joseph Gershenson and his young assistant, Henry Mancini.
"I gotta have something in here making a noise the kids can dance to," says State Ballroom booker Si Schribman (George Tobias). A bespectacled trombone player gave him not just noise, but a sound.
His achievement eventually inspired a film that has stood the test of time. Warm and winning to this day, The Glenn Miller Story is an entertainment classic.

Afterword: Major musical biopics really are a thing of the past. It may have something to do with the fact that major musical figures are less easy to mythologize. (As Paul Le Mat's character John Milner noted in American Graffiti, it's all "been going down hill ever since Buddy Holly died.") For every admirable, activist artist like Canadian Neil Young, there seems to be a wannabe bad boy with his picture on view on mugshots.com. Canadian tween heartthrob Justin Bieber springs to mind as a recent example, but the list of pop stars behaving badly is long and uninspiring. It may be true that "Video Killed the Radio Star."