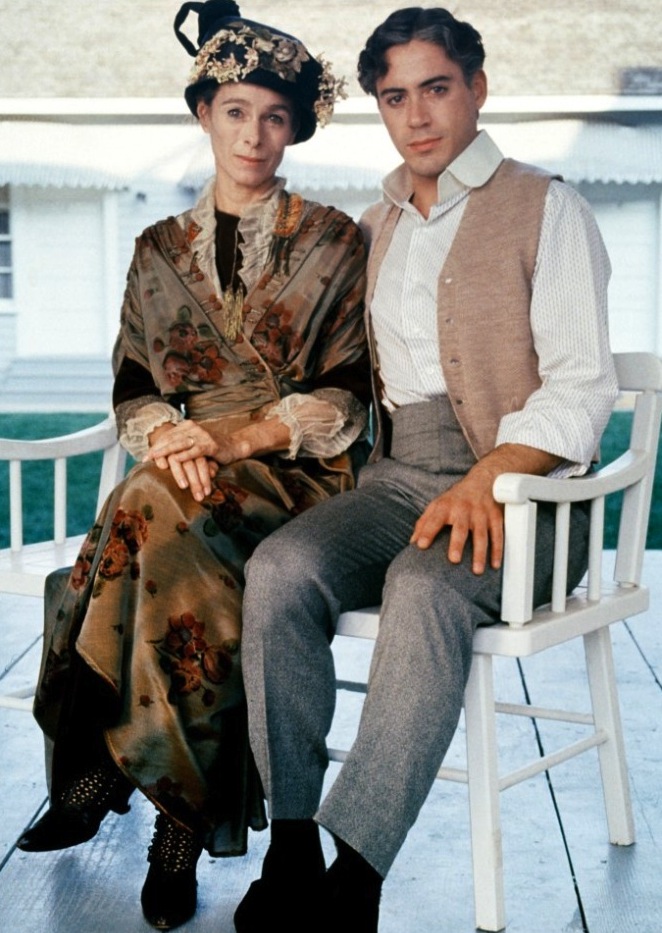 
Emphasizing all the reasons to just smile


"So, the lunatics have taken charge of the asylum." That was the reaction of Richard Rowland, the very generously compensated president of Metro Pictures (later to be merged with Goldwyn Pictures in a new company called Metro-Goldwyn-Mayer), to the 1919 announcement that four of the movie industry's salaried employees were forming their own studio. In a palace coup designed to reshape the system, actors Charlie Chaplin, Douglas Fairbanks and Mary Pickford joined with director David Wark Griffith to create United Artists Corp., founded "to protect the great motion picture public from threatening combinations and trusts that would force upon them mediocre productions and machine-made entertainment." Chaplin, born 125 years ago today (April 16, 1889) into Victorian-era poverty, became world famous portraying the Little Tramp, a dreamy vagrant surviving in tough times. Using comedy to question industrialism in Modern Times (1936) or the rise of fascism in The Great Dictator (1940), he demonstrated his progressive politics. His challenge to the system in real life, though, earned him powerful enemies, and they would make him suffer in the lunatic years following the Second World War. In 1993, director Richard Attenborough told some of that story in the big screen biopic Chaplin.

Friday, January 8, 1993.
CHAPLIN. Written by William Boyd, Bryan Forbes and William Goldman. Based on a story by Diana Hawkins and the books My Autobiography by Charles Chaplin and Chaplin: His Life and Art by David Robinson. Music by John Barry. Directed by Richard Attenborough. Running time: 144 minutes. Rated Mature with the B.C. Classifier's warning "occasional nudity and very coarse language." THE JURY IS STILL out on the subject of Charles Spencer Chaplin.
Film's first international star, he was for a time the most famous person on the planet. Even then, opinion was divided between those who loved what he did, and those who hated what he was.
"He's just the greatest artist that ever lived," said Mack Sennett, the Canadian-born silent movie producer who gave Chaplin his first job in Hollywood.
"(A) filthy pervert," family values advocate Louis B. Mayer once declared in public. It was not Chaplin's art, but the immigrant actor's notorious appetite for underage girls that offended MGM's big boss.
So, was the Little Tramp a genius or a degenerate? The jury gets little help from director Richard Attenborough's Chaplin, a worshipfully vague, utterly ordinary biographical feature.
"You're a flawed human being," British book publisher George Hayden (Anthony Hopkins), tells an elderly Chaplin (Robert Downey, Jr.). "(You're) just like the rest of us."     Hayden is conducting a day-long interview with the 75-year-old actor, clarifying details for his soon-to-be published autobiography. Their conversation provides the film with its structure as Hayden (a fictional character) prompts the great man to recall highlights from his life.
Hayden, like Chaplin screenwriters William Boyd, Bryan Forbes and William Goldman, offers up an inventory of facts. Born in 1889 into a family of London music hall performers, Charlie survived a desperate youth to become a millionaire American motion picture pioneer.
Hayden, like director Attenborough, is concerned with how to market this inventory. "I know this will sound very American," he tells Charlie, "but you should let the reader share your emotions."
Emotions? Just like the rest of us?
For Attenborough, whose previous films have offered insight into the lives of such extraordinary individuals as Stephen Biko (Cry Freedom; 1987) and Gandhi (1982), this is an extraordinary cop-out. Unlike "the rest of us," Chaplin lived three incredible lives.
In one he was the Little Tramp, a cinema superstar whose instinctive, self-absorbed combination of sentiment and slapstick resonated with the world's first mass audience and defined an age.
In another, he was an unrepentant "chicken hawk," a man who "bedded down with babies." He was married in 1918, and again in 1924, both times to pregnant 16-year-olds, both times in Mexico to avoid California's statutory rape laws.
In yet another, he was an architect of the modern motion picture business. A significant economic force, he joined with fellow artists Douglas Fairbanks, Mary Pickford and D.W. Griffith to found a studio run by its stars.
Ignoring this third life almost entirely, Attenborough's picture consists of selected, carefully sanitized scenes from the first two. A Chaplin family-authorized version of his story, it reduces the mystery of his art and urges to a series of cinematic psychological cliches.
In place of probing drama, Attenborough offers us some expensive, eye-filling historical recreations. Like Peter Bogdanovich's nostalgic Nickelodeon (1976), it is little more than an episodic, starry-eyed tribute to the silent film-making era.
On the subject of Chaplin's sexual partners, Attenborough contrives to have it both ways. Though ages are mentioned in dialogue, all of Charlie's "babies" are played by adult actresses, a deliberate mix of signals designed to confuse the moral issue.
In the showy title role, actor Downey ages from 19 to 83. Though convincing as a "flawed man," his performance captures Chaplin's familiar screen persona without conveying much else.

Afterword: New York underground filmmaker Robert Downey's son grew up in a state of altered cinematic consciousness. His journey, from playing a drug-addled Less Than Zero (1987) to embodying the comic-book superhero Iron Man (2008), would make a pretty good movie all on its own. Robert Downey, Jr. made his film debut at the age of five in his dad's satirical feature Pound (1970). He played a sick puppy, which pretty much describes his career trajectory thereafter. To date, he's dispayed a whole lot of talent, and an occasional weakness for hard drugs. His performance in Chaplin earned him an Oscar nomination. His performance as the iconic consulting detective Sherlock Holmes (in 2009's Sherlock and its 2011 sequel Game of Shadows) earned him cult status, and his portrayal of Tony Stark/Iron Man (in five features to date) has earned him truckloads of money.