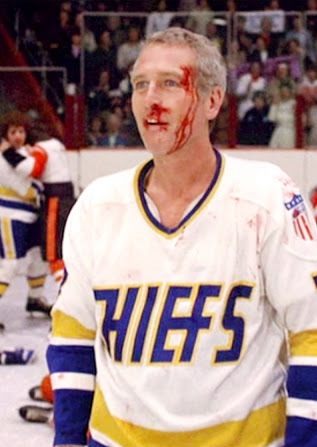 
Today (April 29) is Canadian Film Day, a national tradition since 2014. The brainchild of Reel Canada, a Toronto-based non-profit founded in 2005 by Sharon Corder and Jack Blum, the annual festivities are designed as a "day-long celebration of Canadian film, through screenings, events, panel discussions, conversations (both on and offline) across the country." Given my personal partiality towards Canadian cinema, I'm delighted to mark the occasion with a full house of new postings to Reeling Back, all five bursting with the Great White Northern pride that regular visitors to this (non-profit) website have come to expect. The Entertainment Page box (on the Home Page, bottom left) connects to a hockey-themed film quiz, while the Comics Page box (middle right) recalls a 1991 feature anthology of National Film Board animated short subjects. The item in the Local News Page box (middle left) uses the review of a micro-budget Vancouver feature as the departure point for an analysis of the Canadian filmmaking environment circa 1970. Coming as it does during the Stanley Cup playoffs, Canadian Film Day faces considerable competition for the attention of our fellow citizens. In an attempt to bridge the gap, today's Front Page looks at director George Roy Hill's 1977 sports comedy Slap Shot, the best Canadian feature not made by Canadians.

Afterword: Michael Ontkean, an actor who needed no stunt double in Slap Shot, does not lack courage. In 1981, he took on a role that several better-known stars had turned down out of fear for their careers. Director Arthur Hiller's domestic drama Making Love is credited with being the first mainstream Hollywood film to deal head-on with issues of homosexuality, coming out and what would come to be known as gay marriage. Ontkean played the husband who divorces his wife to live with another man. On this Canadian Film Day, though, we should remember some of his all-Canadian roles. One of my favourites is his performance in the absolutely first-rate Bye Bye Blues, Anne Wheeler's1989 Second World War homefront drama, where he play's a Canadian army doctor interned in a Japanese prison camp. Another is his turn in the unintentionally hilarious Cold Front (1990), where he plays an RCMP officer paired with an American DEA investigator in what has to be an alternate-universe Vancouver.
Slap Shot was one of those pictures that went over the heads of many American critics. Audiences were better attuned to its charms, and the film's reputation has actually improved over the years, with Entertainment Weekly including it on its 2003 list of "The Top 50 Cult Films." It was enough of a boxoffice success to generate talk of a sequel, though that was a long time coming. In 2002, the Hanson brothers (Jeff Carlson, Steve Carlson and David Hanson) were reunited in the direct-to-video Slap Shot 2: Breaking the Ice (2002). They were back again in 2008 for Slap Shot 3: The Junior League (2008).