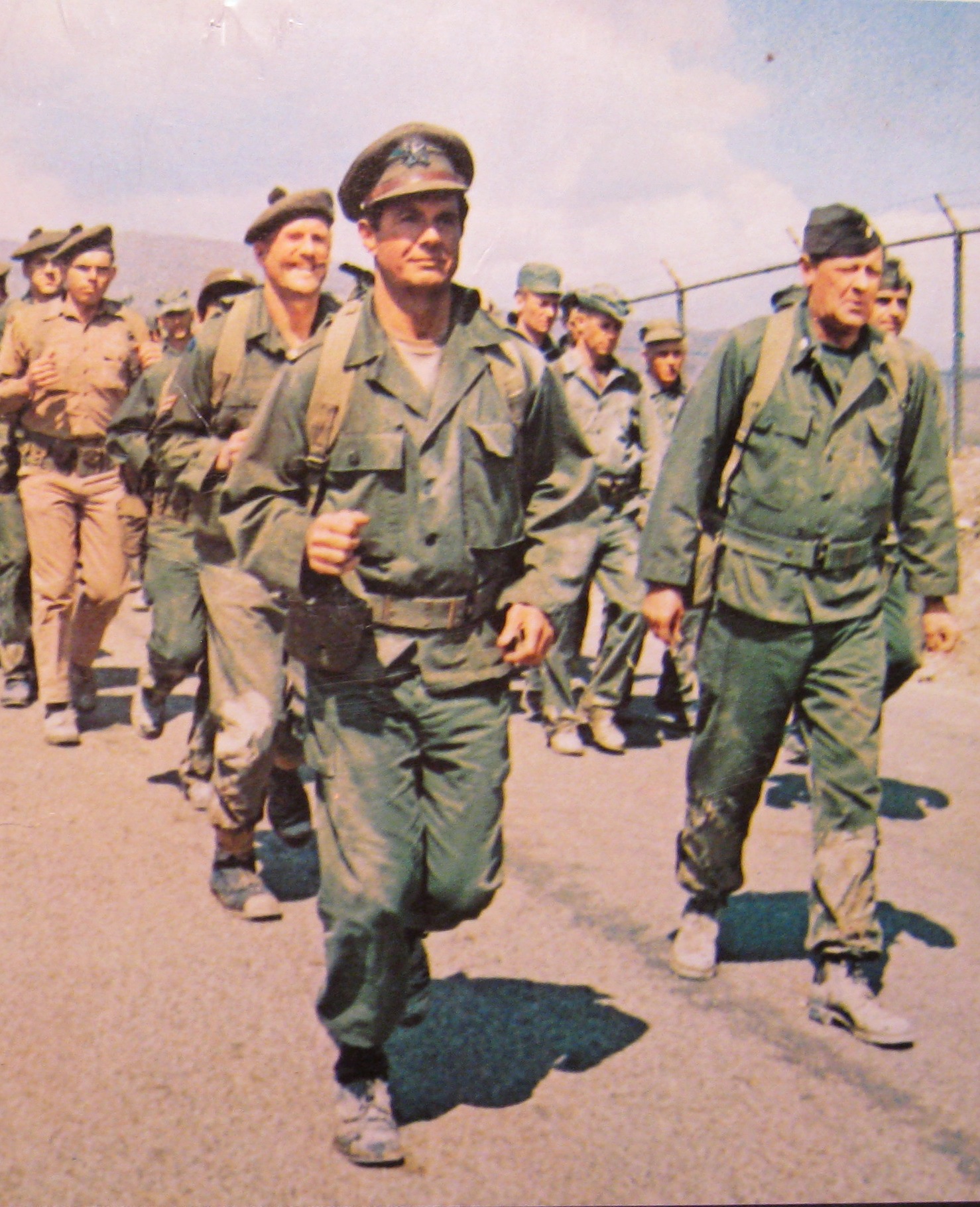 One for the team


Hollywood remembers our history for us


Carved into memorial statuary across the land are the words "Lest We Forget." On this day of Remembrance (Nov. 11), official ceremonies honour the sacrifice made by men in uniform who died for King and country. Sadly, the content of that remembrance often is limited to a symbol (the poppy) and a poem (In Flanders Field). For complex reasons, war stories are not a significant part of Canada's popular culture. Unlike other countries, our cinema lacks a war-movie genre, with the result that Canadian participation in the First and Second World Wars is largely forgotten. By contrast, Hollywood's film-makers excel at the production of "remembrance," and our screens have never lacked for the American take on history and heroics. Imagine my excitement when, in 1968, an American-made war movie didn't just acknowledge the existence of Canadian soldiers, but celebrated them as its heroes. For me, The Devil's Brigade has always been a guilty pleasure, a standard-issue service drama that spoke to my own nascent national feelings at the beginning of my career as a film critic.

Saturday, June 29, 1968
THE DEVIL'S BRIGADE. Written by William Roberts, based on the 1966 book by Robert H. Adleman and George Walton. Music by Alex North. Directed by Andrew V. McLaglen. Running time: 130 minutes. AMERICANS AND CANADIANS serving together in the same uniform — that was the idea of the First Special Services Force. The plan was Lord Mountbatten's and the U.S. command didn't like it much.
Grudgingly, the U.S. Army provided a ramshackle Montana camp and an inexperienced colonel, Robert Frederick (William Holden), to head up the project. An American contingent, under misfit major Cliff Bricker (Vince Edwards), is cynically assembled from guardrooms and military prisons.
"They're a bunch of eight balls," exclaims the aghast major. "Those that don't belong in jail belong in a looney bin!"
But the Canadians, enthuses his colonel, "they're the hand-picked best of the best-trained army in the world."
Led by Irish Dunkirk veteran Alan Crown (Cliff Robertson), the Canadian contingent soon takes over the camp, the corps and the picture. The unexpected attention-cum-adulation makes the local [Toronto] run of a run-of-the-mill film like The Devil's Brigade a cinema event.
Long forgotten in movie celebrations of the World Wars, Canadians can finally see their fighting men lionized on the big screen. An American production, The Devil's Brigade nonetheless makes heroes of the Canadians, even at the expense of the U.S. forces.
Based on the true story of the red-beret SSF – the direct inspiration of today's Green Berets — it is a less exciting film than the fictional saga of The Dirty Dozen (1967), but gains full marks for its unique domestic interest.
The Devil's Brigade gives Canadians the rare pleasure of hearing their own praises sung.

Afterword: For me, the point was driven home by lyricist Al Stillman, who provided the words that a male chorus sings to the tune of composer Alex North's Main Title Theme (a.k.a. Devil's Brigade March):  "You take the glory / At the end of the story / All I want is a woman / With a rose in her hair." In the years that followed, both the English and the Americans would "take the glory" by producing countless movies that told "the story" that we would ultimately remember. The Devil's Brigade is a rare exception to the rule that Canadians, despite their central role in the actual history, would be written out when it came time to tell the screen "story" (as was the case for 1963's The Great Escape and 1962's The Longest Day). By surrendering control of the narrative then, Canada's postwar generation left us all culturally poorer now. As a result, Remembrance Day has become a confused, even controversial date on the calendar.