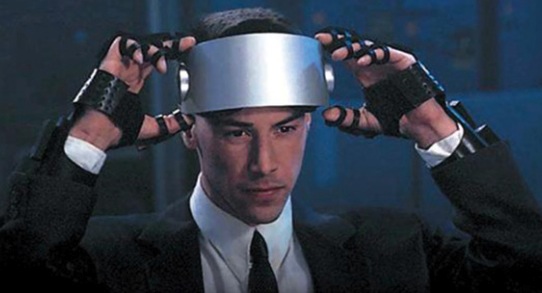 Before The Matrix, Keanu Reeves returned to Canada to play the title role in 1995's Johnny Mnemonic.

Red pill, or the blue?


Celebrating his 51st birthday today (Sep. 2, 2015), actor Keanu Reeves grew up in Toronto and travels on a Canadian passport. To mark the occasion, try our Reeling Back Keanu Quiz which, naturally, focuses on the famously inscrutable performer's homeland connections.

THOUGH BORN IN BEIRUT, Lebanon, Keanu Reeves grew up in Toronto where he acquired his Canadian nationality and a passion for hockey (he made his feature-film debut playing a Quebecois goalie in the 1985 sports drama Youngblood). We mention this because today is his birthday and, whoa, it seemed like a good time pay tribute to one of the genre's most laid-back action heroes. From the choices offered, pick the correct answer to the follow Keanu queries.

1.    Everyone remembers Reeves' big screen encounter with the Bard of Avon as Don John in director Kenneth Branagh's Much Ado About Nothing (1993). Less well known is his return to Canada to take to the stage playing the title role in a 1995 Manitoba Theatre Centre production. Did he play  (a) Hamlet; (b) Henry V; or (c) Timon of Athens?

2.    Still in Canada, Reeves had the title role in the cyberpunk epic Johnny Mnemonic (1995).  Filmed in Montreal and Toronto, it was based on a story and screenplay by an award-winning British Columbia-based novelist, Was it (a) Douglas Coupland; (b) William Gibson; or (c) Spider Robinson?

3.    Reeves' breakout role was in the public-transit thriller Speed

1.    (a) Hamlet (under the direction of Lewis Baumander, with Liisa Repo-Martell as his Ophelia).

(c)    The Day the Earth Stood Still, as Klaatu, the alien visitor (played by Michael Rennie in the original 1951 feature).

The above is a restored version of a VCON 36 Website quiz by Michael Walsh originally posted in 2011. For additional information on this archived material, please visit my FAQ.