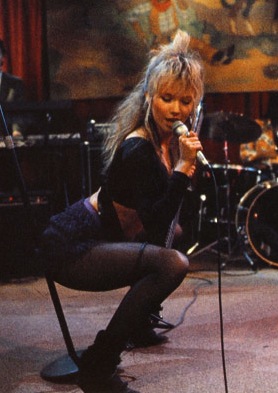 
Missing the potential in its plot


The circle of life — the progression from birth to death, not the 1994 pop song — comes to mind this week. My favourite fleshy expression of the idea is England's Henry Tudor, born on January 28 in 1491. Succeeding to the throne as Henry VIII, the much-married monarch died on his 56th birthday in 1547, closing the circle. The founder of the Church of England, history remembers him as a faithless husband and the ultimate lapsed Catholic. A more benign example of a circular life is that of Roger Vadim. Born on this day (January 26) in 1928, the French filmmaker is remembered for his five marriages — one less than Henry — and a marriage-like relationship. By all accounts, Vadim's liaisons amoureuses were more pleasant than those of the king, and he shared his enthusiasm for his partners by showing them off in his movies. His debut feature, 1956's Et Dieu . . . crea la femme, made an international star of his first wife, Brigitte Bardot. He tried to do the same for his second wife, Annette Stroyberg, giving her the most sympathetic role in his Les liaisons dangereuses (1959). His gift to third wife Jane Fonda was the title role in the 1968 sci-fi classic Barbarella. Vadim made 21 theatrical feature films, and contributed segments to two anthology pictures. He closed the circle in 1988 with an English-language re-imagining of his first hit, And God Created Woman.

Thursday, March 10, 1988.
AND GOD CREATED WOMAN. Written by R.J. Stewart. Music by Thomas Chase and Steve Rucker. Directed by Roger Vadim.  Running time:  94 minutes. Restricted entertainment with the B.C. Classifier's warning: frequent nudity, suggestive scenes. THE FIRST TIME AROUND, the title made sense. For all of its smouldering sex, Roger Vadim's Et Dieu . . . crea la femme (1956) was an Old Testament tale with Old Testament attitudes.
For his directorial debut feature, Vadim borrowed a line from Genesis 2:22, the one in which woman is provided to man as an amenity.
For a hero, he offered filmgoers St. Tropez fisherman Michel Tardieu (Jean-Louis Trintignant), a soulful young husband with an amoral, sexually adventuresome wife. In the title role, he introduced audiences to his own wife, model and minor French film actress Brigitte Bardot.
An art-house blockbuster at a time when "art" meant "sex with subtitles," Vadim's steamy little parable ended with a righteously indignant Trintignant taming sex kitten Bardot with some old-fashioned physical abuse.
On the second round, the title makes rather less sense. And God Created Woman, Vadim's flaccid, uninteresting new feature, is neither a remake nor a sequel to his original succes de scandale.
Here, Vadim's approach owes more to Russ Meyer than Holy Scripture. For a hero, we have an all-American bumpkin, Santa Fe carpenter Billy Moran (Vincent Spano), a lad with straight-arrow ideas about home and hearth.
While working in the New Mexico State Prison women's facility, he encounters nude would-be escaper Robin Shea (Rebecca De Mornay). Having botched her bid for freedom, Robin consoles herself by having stand-up sex with the agreeable artisan.
Later, discovering that marriage to a blameless citizen will enhance her chances for parole, she proposes to Billy. Only after the ceremony does he learn of her aversion to postmarital intercourse.
What Robin really wants is to be a rock star. While Billy makes the best of their arrangement, she puts together a band, hoping for her big break at a concert organized for reform-minded gubernatorial candidate James Tiernan (Frank Langella).
Somewhere, deep in R.J. Stewart's formulaic screenplay, is the germ of an idea. Unlike Bardot's Juliette, De Mornay's Robin is credited with a talent for something other than sexual performance.
"There's a good lady inside her," Billy says. What Billy means, of course, is a good wife.
What he'll get, during the film, is some not-so-subtle consciousness raising.
What Robin gets is wise. As in Bruce Beresford's beautifully realized The Getting of Wisdom (1978), this is the story of an intelligent woman who learns how the system works, and how to use it to her own advantage.
Under Vadim's mechanical direction, the genuine potential in this goes largely unrealized. Having made his reputation as a purveyor of Continental eroticism, he produces what is expected of him — softcore sex exploitation with a dated look and smirky sophistication, suitable fare for cable television.

Afterword: Attractive and talented, actress Rebecca De Mornay worked for Roger Vadim at the wrong end of his career. Her first starring role was five years earlier, in the teen comedy Risky Business (1983). Though she was the best thing in the picture, it was co-star Tom Cruise whose career benefited from its success. Despite good work in such features as The Trip to Bountiful (1986) and The Hand that Rocks the Cradle (1992), she had the bad luck to be cast mostly in generic, lacklustre pictures. Without a solid break-out role (or a Vadim-like directorial patron), she gradually matured into "older actress" roles, such as mothers (in the Vancouver-made American Venus; 2007) and mayors (Collar; 2011).

See also: Appended to my review of Blake Edwards's 1981 feature S.O.B. (the one in which his wife Julie Andrews has a topless scene), is a list of directors who've undressed their spouses on screen. Roger Vadim is at the top of that list.