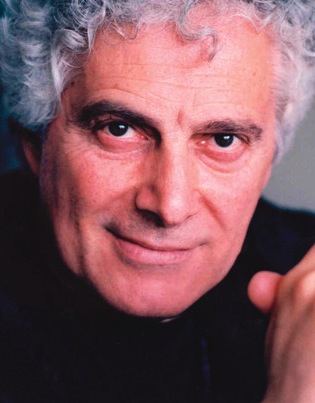 JOHN JULIANI "If you love the risk, this is the country for it."


In 1981, during post-production on his feature film Latitude 55°, writer-director John Juliani sat down with me in Vancouver to talk about deal making, balancing personal and cultural identity, nude scenes and the risks involved in making movies in Canada.

Tuesday, February 10,  1981.
THE SAVAGE GOD IS BACK. John Juliani, the Simon Fraser University theatre instructor whose experimental productions were such a visible part of our cultural landscape a decade ago, has returned to Vancouver to supervise post-production of his first feature film.
"My ideal has always been to do theatre and films simultaneously," he said during a break from the editing room. "Now, I'm just trying to put my money where my mouth is."
He recalls Hurrah, "the first film the (Simon Fraser) Film Workshop did," a 40-minute featurette shot on the streets of Vancouver in 1966. Made for $3,000, it was their first cross-pollination involving the theatre and film people, and it was "full of raw energy."
He hopes that his feature, called Latitude 55°, will convey the same sense of energy. Its original screenplay certainly flies in the face of recently established Canadian film convention.
"For too long producers in English Canada have been making deals, not films," Juliani says. The combination of lawyers and stock promoters that form "the club of producers endorsed by (former Canadian Film Development Corporation executive secretary Michael) McCabe has failed at copying the obvious formulae."
Juliani's Latitude 55° fits into no easy categories. A two-character drama, it is not only set in Canada, but it concerns itself with matters of both personal and cultural identity.
It will offer filmgoers the story of a young woman who works as a grants officer for Alberta Culture. Caught by a blizzard on the road between Edmonton and Lac La Biche, she is rescued by a rural recluse, a bearded farmer who appears to be Polish.
For the next three days, she is a guest/prisoner in his snowbound cabin. There, she reluctantly confronts some basic cultural realities.
As the film's producer, Juliani admits that his project will require special handling to reach its audience. By holding his budget down — the final cost will be about $800,000 — he significantly reduces the amount of money it must recoup before it can show a profit.
Because it is a low-budget item, it will rely heavily on the quality of its direction, performances and script. Credit for the screenplay is shared by Juliani, Anne Cameron and Sharon Riis.
A former SFU student and an actress in Juliani's Vancouver Savage God company, Riis went to work on the treatment last February [1980]. By mid-June a script had taken shape. By mid-November, the project was before the cameras.
Shot over four weeks in Northern Alberta, Latitude 55° stars Andrée Pelletier and August Schellenberg. Juliani emphasizes that they were his first and only choices for the roles.
Schellenberg, a supporting performer with "about 10" previous feature films to his credit, is "one of the top actors that this country has produced," Juliani says. "And that includes the ones who have left."
Pelletier, with "a different 10 features" to her credit, was the versatile, passionate performer nominated for the best actress Canadian Film Award for playing the title role in Martin Walters's 1978 historical drama Marie-Anne. Her co-star on that occasion was actor John Juliani.
For Latitude 55°, Juliani remained behind the camera. As director, his purpose is "to tell the story as simply as possible." A picture with a literary script and some fantasy elements, it is aimed at adult audiences.
Its subject is "the relationship between two people," he says. "It is the story of what she learns about him and about herself."
The producer-director offers a few tantalizing details. Yes, there is some nudity. (Vancouver audiences first saw Pelletier in Gilles Carle's Les Males, a 1970 comedy that was, for the young actress, one long nude scene.)
No, it's not the  kind of nudity that makes for Restricted ratings. No, there's very little coarse language in the picture, although there is much language. In his role as the mysterious recluse, Schellenberg is called upon to speak seven — English, French, German, Italian, Polish, Greek and Cree.
"You know," says Juliani, turning the conversation in a different direction, "being a true artist is a precarious existence. I think we should shoot a few real artists into space so that the species will be preserved.
"Being on the edge, maintaining that balance despite the gnawing presence of compromise, that is the most important thing," he says. "If you want to be rich and famous, well, you know were to go.
"If you love the risk, though, this is the country for it." Juliani has to get back to the editing room. The Savage God is waiting. The rough cut is due in mid-March.

Afterword: Readers of any Vancouver newspaper's cultural coverage in 1982 were used to seeing the name "John Juliani" in close proximity to the phrase Savage God. The Montreal-born graduate of Canada's National Theatre School was a Stratford Festival alumnus when he arrived in B.C. to take up a teaching post at the newly-established Simon Fraser University. It was 1966, and Juliani borrowed a phrase from Anglo-Irish poet W.B. Yeats — the Savage God — as the name of his provocative theatre company.
Yeats used the term to describe deliberately disruptive movements in the arts in his own time (the turn of the 20th century), and Juliani saw a similar artistic moment occurring. Juliani's Savage God players took their work to the audience, performing in such unexpected places as Gastown laneways and the Vancouver Art Gallery. In his 2011 History of Metropolitan Vancouver, Chuck Davis noted that "the productions were so notorious (that) one local critic accused Juliani of corrupting innocent youth." Between 1974 and 1981, he worked in Toronto and Edmonton, and made his mark in both cities. When I spoke to him in 1981, Savage God was used to describe any project involving Juliani. No surprise then, that Latitude 55° was made by Savage God One Film Productions.
The Juliani performance tradition is carried on by John's son, Alessandro, an accomplished stage and screen actor who's currently appearing in the world premiere production of Onegin, a contemporary musical adaptation of the Tchaikovsky opera by Veda Hille and Amiel Gladstone being staged at the Arts Club in Vancouver (March 17-April 10, 2016) .