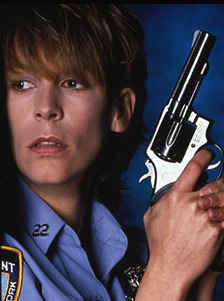 
Today (March 8) is International Women's Day, a commemoration first marked in Europe in 1911. At that time, its focus was on achieving universal suffrage — voting rights — for disenfranchised women. (It became a peace movement in 1913-14, when the world's empires were choosing up sides for their first "Great War.") The current version was first observed during 1975's United Nations International Year of the Woman. The U.N. General Assembly proclaimed it an annual observance beginning in 1977. In 2013, U.N. secretary-general Ban Ki-moon paid tribute to one extraordinary woman, Taliban attack survivor and Nobel Peace Prize winner Malala Yousafzai, writing that “extremists have shown what frightens them the most: a girl with a book.” As it happens, 2015's IWD falls on the first day of daylight saving time in Canada and the United States, a coincidence that draws attention to the the fact that the time has come to shed a lot more light on the human issues at the heart of gender inequity. Thursday (March 5), Georgia Straight contributor Miranda Nelson did just that in her report on the 100 reasons we need International Women's Day. Cited on her list are "continued sexism in the film industry" and that "only 14 percent of TV directors are women." Making Nelson's point is the fact that Kathryn Bigelow remains the only woman to have won a best director Academy Award. A Hollywood survivor, Bigelow demonstrated her mettle with 1990's Blue Steel.

Friday, March 16, 1990
BLUE STEEL. Co-written by Eric Red. Music by Brad Fiedel. Co-written and directed by Kathryn Bigelow. Running time: 100 minutes. Restricted entertainment with the B.C. Classifier's warning: frequent violence, some very coarse language. THE VILLAIN IS A NUTBAR with an expensive sleazoid for a lawyer.
Eugene Hunt (Ron Silver) is this year's Travis Bickle, an isolated, angry man who hears voices, practices looking tough to his mirror image, and murders anyone careless enough to be on the streets at night.
In keeping with the current fashion for depicting the undeserving rich as deranged pond scum, Hunt is a Wall Street trader.
While his aggressive attorney, Mel Dawson (Richard Jenkins), keeps the police at bay, serial-killer Hunt pursues his secret hobby.
Hunt's nemesis is a cop named Turner. A rookie who is also isolated and angry, Turner remains dedicated to doing the right thing.
It's not easy. During Turner's first night on patrol, there is a stressful confrontation with an armed robber, a shooting and an internal-affairs investigation that results in the young cop's suspension.
Later, making an agonizing choice, Turner suppresses the urge to waste the serial killer and follows the proper arrest procedures. Within hours, Hunt is on the street and the policewoman is even more frustrated.
Did you say policewoman?
Aye, there's the twist.
A slick new cop show, Blue Steel breaks the standard urban-thriller mould to introduce audiences to a genuine Dirty Harriet.
Megan Turner, NYPD, is played by a purposeful-looking Jamie Lee Curtis.
The daughter of actors Tony Curtis and Janet Leigh, Curtis made her big screen debut as the endangered babysitter in John Carpenter's horror classic Halloween (1978). A lean, athletic, largely androgynous presence, she's proven herself capable in a full range of roles, most recently as the sexy comic siren in 1988's A Fish Called Wanda.
As Officer Turner, she is effective as a siren of another sort. Fatally attracted to the lethal lady-in-uniform, Hunt expects her to help him fulfill his own sexually-confused death wish.
There's another twist here.
Although obviously a genre item produced for the boys in the action-adventure audience, Blue Steel was co-written and directed by a woman — Columbia film school graduate Kathryn Bigelow.
Previously known for the haunting, explicitly violent modern-dress vampire feature Near Dark (1987), Bigelow continues her acknowledged fascination with "seductive violence" in this urban street drama. Originally trained as a painter, she has an artist's eye for striking visuals.
She's less sure as a writer. Her screenplay, written with her Near Dark collaborator Eric Red, relies on filmgoers to ignore the lapses in logic used to justify its action-filled, intensely homicidal situations.
That said, she deploys considerable talent and something like a moral vision in the service of her B-feature's genre conventions. If she ever manages to break free of such formula fare, Bigelow could well be a major movie force.

Afterword: Miranda Nelson's fact-filled Georgia Straight feature on International Women's Day is well worth reading.
California-born director Kathryn Bigelow was among those who re-imagined the vampire film with her seriously disturbing second feature Near Dark (1987). Blue Steel, a decidedly muscular take on feminism, was made during her brief marriage to Canadian filmmaker James Cameron, as was 1991's Point Break, the tale of a bank-robbing surfer gang that starred Patrick Swayze and Keanu Reeves. Though Bigelow and Cameron divorced in 1991, they remained cordial, and Cameron wrote and co-produced her big-budget 1995 science-fiction feature, Strange Days. It was just strange enough to win a cult following, but not to make money at the box office. Her career seemed to be winding down, and her 2000 adaptation of screenwriter Anita Shreve's 1997 novel The Weight of Water, filmed on location in Nova Scotia with Sean Penn and Sarah Polley, was an even bigger financial failure. She then appears to have assessed her options and, perhaps inspired by the U.S. Army's recruiting slogan, "be all you can be," joined the military. Her first tour of duty was with the Soviet navy, chronicling the dark history of K-19: The Widowmaker (2002). Action stars Harrison Ford and Liam Neeson had the starring roles in a picture filmed on Canadian locations that included Halifax, Toronto and Gimli, Manitoba. Then came 2008's The Hurt Locker, her up-close and personal tale of a U.S. Army bomb-disposal squad at work during the Iraq occupation. Nominated for nine Academy Awards, it won six, including best picture, and Bigelow's history-making best director Oscar. (Much was made of the fact that her ex-husband James Cameron was among the other directorial nominees.) Her most recent service picture, 2012's Zero Dark Thirty, focused on the hunt for al-Qaeda leader Osama bin Laden, and the S.E.A.L. Team 6 hit squad that carried off his assassination in Pakistan. Also nominated for a best-picture Oscar, the film starred Jessica Chastain as the emotionally complex CIA analyst who pieces together bin Laden's whereabouts. The controversial feature's box-office success has given Bigelow a measure of freedom choosing her next big screen project.