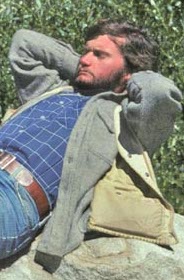 The hills are a life


In town to promote the 1973 re-release of The Sound of Music, retired child actor Duane Chase was unexpectedly forthcoming about his tolerance for X-rated movies. Born on this day (December 12) in 1950, the 22-year-old Chase admitted to seeing “a lot of them.”

IN CASE YOU'VE BEEN asking yourself, "What happens to Disney kids?" the answer is, they grow up to be Disney people.
At least, that's what happened to Duane Chase, one of the 15 boy scouts who tagged around after Fred MacMurray in 1965's Follow Me, Boys.
Chase, now 22, was in town to promote the reissue of 1965’s The Sound of Music, in which he played Kurt, the third von Trapp youngster (the one who introduces himself to Julie Andrews as "incorrigible"). Soft-spoken and solidly built, he seems like a perfect representative for family-fare films.
He first got into movies to make enough money to go to school, he says. He got out when his college education was assured.
Thinking about it now, though, he says, "I might go back into the industry, but more on the other side of the camera . . . it's an exciting business."
Currently taking a semester off from the University of California in Santa Barbara, Chase speaks with ease, tolerance and honest optimism on a variety of weighty subjects. His look of good health comes from his hobby, the manly art of mountain climbing.
Despite the fact that his college major is geology, films retain their hold on him. "I usually try to see all the off-movies," he says, including campus X-rated sex-exploitation films.
"I have to be frank," he tells me. "I've gone to see a lot of them . . . we usually go with a group of guys, and sit and laugh through the whole thing. They're entertaining."
Disney kid and Sound of Music alumnus Duane Chase admits looking forward to the much publicized Last Tango in Paris. In a more serious tone, he suggests that, "as the younger people are growing up and the elders are hearing more of us, there is an explosion of tolerance. The will to listen is taking over."

Afterword: In a 2015 interview with Northwest Prime Time, Los Angeles-born Duane Chase recalled that “seeing the mountains in Austria was a kick.” He went on to say “I didn’t realize where my love of mountains would lead.” When we spoke in 1973, he was taking a break from studying geology at the University of California, Santa Barbara. At that time, he came across as thoughtful and well-grounded, so it comes as no surprise that he eventually earned his masters degree, completing an education made possible by the money he’d saved during his seven-year acting career. After serving with the Alabama Geological Survey, Chase found his way to the Redmond, Washington high-tech hub, and a career designing computer software for geophysicists. Mountaineering remains a large part of his life. He currently lives near Cougar Mountain, where he and his wife of 30 years are regulars on the park’s network of hiking trails. Duane Chase turns 67 today (December 12).