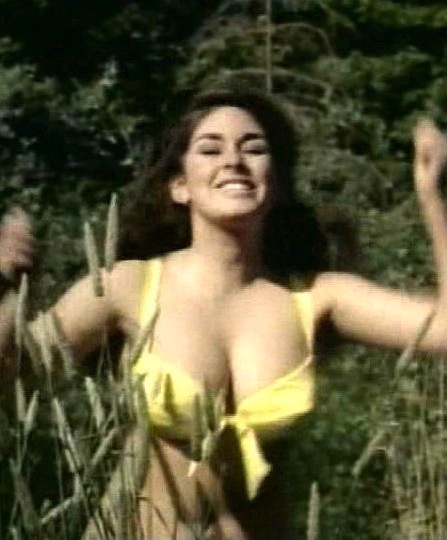 
Born on this day (March 21) in 1922, exploitation film auteur Russ Meyer touched down on Vancouver Island in 1968 to film establishing shots for what would become the first American feature film released with the MPAA's newly minted X-rating, the satirical sex comedy Vixen!

Afterword: During its original release (some three years before it arrived in Vancouver), Vixen! found a champion in a 27-year-old Chicago film critic named Roger Ebert. In May, 1968, Ebert penned a letter to the editor of the Wall Street Journal, commenting on an article the financial paper had run on the filmmaker's work. According author Jimmy McDonough (Big Bosoms and Square Jaws: The Biography of Russ Meyer, King of the Sex Film; 2005): "Eagle-eyed Meyer took notice of the dispatch and wrote Ebert an appreciative note, suggesting they meet." They did meet, and they hit it off. Following the impressive financial success of Meyer's independently-produced Vixen!, 20th Century Fox hired the filmmaker to create a sequel to its 1967 hit Valley of the Dolls. According to another Myer biographer, David K. Frasier (Russ Meyer —The Life and Films; 1990): "One of the first and one of the best decisions Meyer made was to hire a young Chicago Sun-Times film critic to help him write the screenplay . . . Roger Ebert took a leave of absence from his paper. He moved to Hollywood where he and Meyer cranked out the screenplay to (1970's Beyond the Valley of the Dolls) in six weeks of 10 hour days." A bright guy, Ebert did not give up his day job. Though he collaborated with Meyer on two more screenplays (for 1976's Up!, using the pseudonym Reinhold Timme, and 1979's Beneath the Valley of the Ultra-Vixens, as R.Hyde), he preferred the celebrity of an important critic to the invisibility of a studio scribe. The friendship that the two shared is the subject of Russ & Roger Go Beyond, a biopic currently scheduled for release in 2016. The story of the making of Beyond the Valley of the Dolls, it will feature Will Farrell and Josh Gad in the Russ and Roger roles.