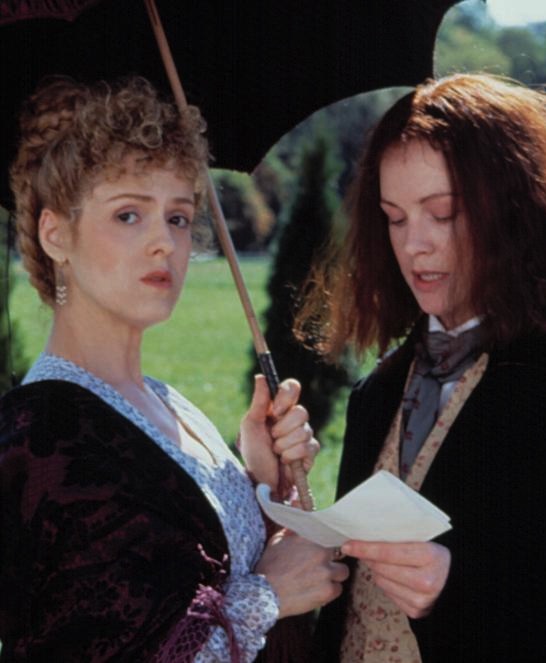 
On this day (February 28) in 1933, the 32nd President of the United States, Franklin Delano Roosevelt, made history by appointing Frances Perkins Secretary of Labor, the first woman to hold a cabinet post. More than 80 years later, a vocal segment of American political commentators are in a state of panic over the "inevitability" of a woman, one Hilary Rodham Clinton, becoming their nation's 45th president. It would be comic if it weren't so very sad. For a country that claims to be the world's leader, the U.S. remains the last significant democracy to never have been led by a woman. To date, the major English-speaking nations all have had female prime ministers, including the United Kingdom (Margaret Thatcher), Australia (Julia Gillard), Canada (Kim Campbell), Ireland (Mary Robinson) and New Zealand (Helen Clark). So, too, Europe's dynamic duo, France (Edith Cresson) and Germany (Angela Merkel), as well as major U.S. allies, such as India (Indira Gandhi), Israel (Golda Meir) and Pakistan (Benazir Bhutto). Last Sunday (February 22), Oscar-winning actress Patricia Arquette drew criticism for making a passionate, 24-second plea for wage equality and "for equal rights for every woman in the United States of America." The reaction suggests that the U.S. still has a way to go to realize its own best ideals, a truth well known to activist Broadway diva Bernadette Peters. Born on this day (February 28) in 1948, Peters co-starred in a feature film based on the life of 19th-century French feminist George Sand, 1991's Impromptu.

Friday, July 5, 1991.
IMPROMPTU. Written by Sarah Kernochan. Music edited by Anne de Montangon. Music arranged and supervised by John Strauss. Directed by James Lapine. Running time: 107 minutes. Mature entertainment with the B.C. Classifier's warning: occasional very coarse language and suggestive scenes. THE WOMAN IS AN OUTRAGE.
Since their first meeting, frail, sensitive composer Frederic Chopin (Hugh Grant) has considered her "ridiculously improper, and frightening as well."
Born Amandine Lucie Aurore Dupin, the woman came to prominence during 1830's July Monarchy of Citizen King Louis Philippe. As George Sand, she provokes scandal in proper Parisian salons by wearing men's clothes and exercising her own citizen's liberties to the full.
A successful, prolific novelist known for her romantic involvements, Sand (Judy Davis) is now in pursuit of the prim, Polish pianist. "Socially she is too bizarre," Chopin says.
"But I do find her compelling."
Imagine, for a moment, how it might have been.
Determined to speak her heart, Sand arrives at Chopin's door. She gains entrance by using her legitimate title: Baroness Dudevant.
Flustered, the composer struggles to maintain his composure. "You are incredible, madam."
"I need a minute of your time and then I'll go," she insists.
"Very well," Chopin stammers, retreating to his piano. "I'll give you exactly one minute."
As Sand begins her carefully worded declaration, he fixes his attention on the keys. In a moment we recognize a familiar tune: The Minute Waltz.
Impromptu, Pulitzer Prize-winning Broadway director James Lapine's feature-film debut, offers a speculative account of the Chopin-Sand courtship. Cheeky, compelling and thoroughly literate, it is everything that a period romance ought to be.
Historic figures are always a problem, of course. In the case of Chopin and Sand, their affair got the full-blown Hollywood treatment in the sugar-coated, utterly fraudulent A Song to Remember (1945), a picture heavy on manufactured melodrama.
Sand also shows up in Ken Russell's off-the-wall Lisztomania (1975), an example of interpretive licence gone berserk. With Impromptu, screenwriter Sarah Kernochan shows how it is possible to be playful with the facts and yet true to historically familiar characters and their emotions.
Kernochan's finely-tuned drama is a masterful blend of Amadeus-like insight with a Dangerous Liaisons mood. The result is a subtle, stunning portrait of an age and its personalities, one that is both intimate and immediate.
Lapine, best known for his stage collaborations with Stephen Sondheim and actress Bernadette Peters (Sunday in the Park With George; Into the Woods), has assembled a cast equal to the task of bringing creative giants to life in all their humanity.
Superb as the ill-matched lovers, Davis and Grant get solid support from Peters, wonderfully watchable as the scheming, vulnerable Countess Marie D'Agoult, mistress to Chopin's friend and fellow composer Franz Liszt (Julian Sands).
They share acting honours with a company that includes Mandy Patinkin (as playwright and discarded Sand lover Alfred de Musset), Ralph Brown (as painter Eugene Delacroix) and Emma Thompson (as the culturally deprived provincial duchess Claudette d'Antan).
"A perfect impromptu," Chopin frets to Sand at one point. ". . . No one should be able to guess at all the desperation and calculation behind it."
Among them, Lapine, Kernochan and their cast not only create a perfect impromptu but a memorable, gloriously melodic adult entertainment.

Afterword: Among those who rose to their feet to applaud Patricia Arquette's words at the 2015 Academy Awards was Meryl Streep, who was a best supporting actress nominee for her work in the musical feature Into the Woods. Streep (who had demonstrated her singing talent in 2008's Mama Mia!) sang the part of the Witch, a role originated in the 1987 Broadway production by Bernadette Peters. Nineteen eighty-seven was also the year that members of the New York stage community came together to form a non-profit called Equity Fights AIDS (merged a year later with the charity Broadway Cares). Peters's personal activism includes service on the organization's board of trustees. Although she regularly appears on the big screen and television, she's best known for her musical theatre roles, where her name has become synonymous with that of composer Steven Sondheim. Starting in 1984, with Sunday in the Park with George, she's starred in his original Into the Woods (1987) and revivals of Gypsy (2003), A Little Night Music (2010) and Follies (2011).
Director James Lapine, despite his real talent for the medium, made just one other feature film, 1993's Life with Mikey, a domestic comedy that starred the Canadian-born Michael J. Fox.